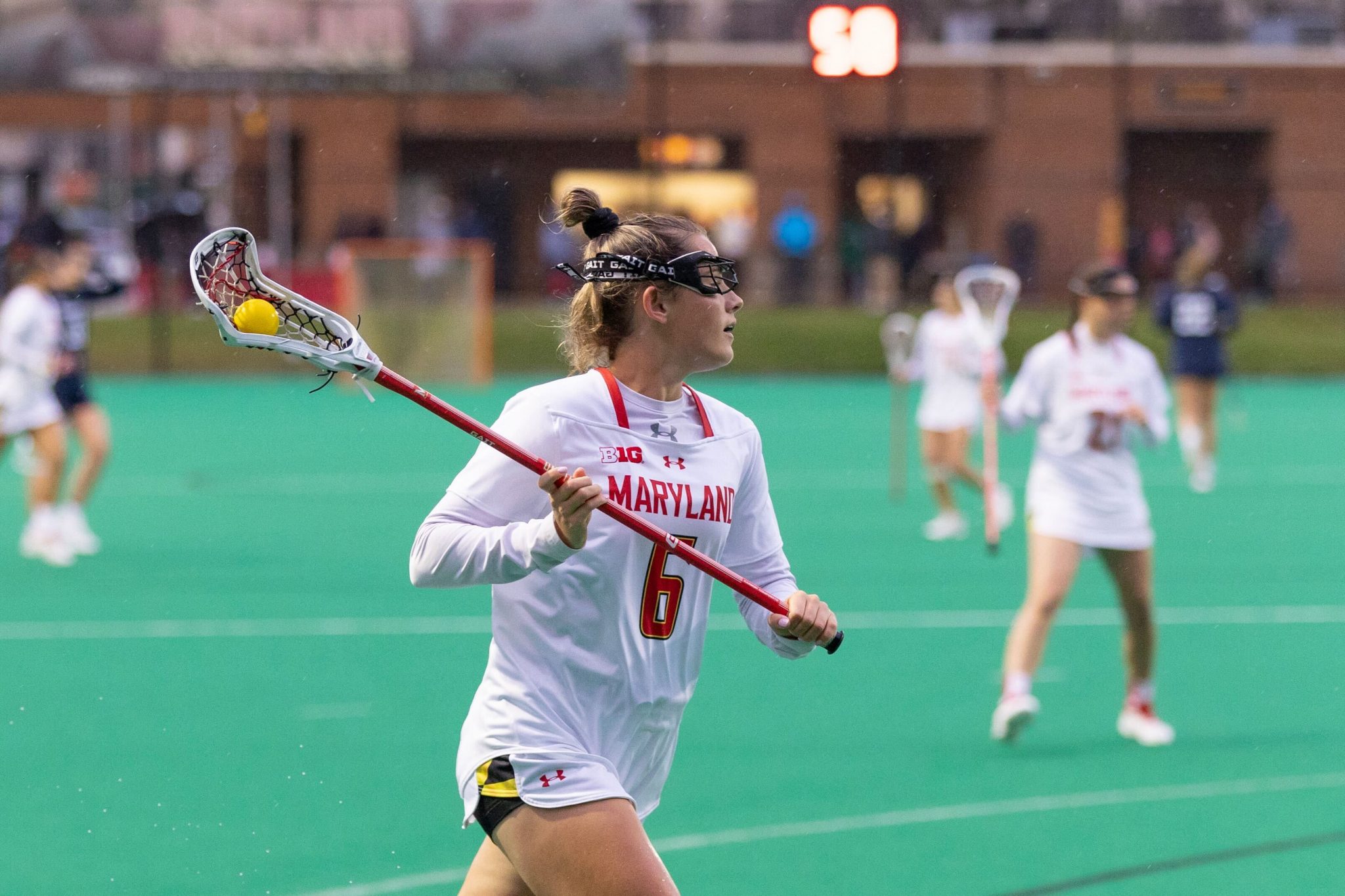 Maryland women’s lacrosse was taking its time on the shot clock, exhausting Michigan before charging in and scoring. With 12 seconds left, the Terps were ready to strike.

Eloise Clevenger received a pass just in time and fired the ball into the back of the net just before the clock hit zero to complete her hat trick — one of the sophomore’s six points in her career-high performance.

“She’s one of the leaders on the offensive end, even as a sophomore,” coach Cathy Reese said. “I’m really pleased with how she’s grown.”

In its last regular-season game of the season, Maryland clinched the regular-season Big Ten title for the sixth time in the last seven years and squashed Michigan’s Big Ten tournament dreams with patient and strategic play.

The Terps pushed back into the lead with goals from Libby May and Aurora Cordingley. The attackers took their time on offense, passing the ball around and waiting patiently for the best moment to strike.

The Wolverines had opportunities but couldn’t get past Emily Sterling a second time in the opening 15 minutes, as the Terps ended the first quarter with a 3-1 lead.

Maryland continued its scoring run in the second quarter, as Cordingley, May and Clevenger all notched their second goals of the game, extending the Terps’ lead to five.

After being shut out for over 20 minutes, Claire Galvin finally fired in the Wolverines’ second goal of the day.

But Maryland quickly restored its five-goal lead with a free-position finish from Victoria Hensh.

Michigan struggled with confidence on offense, which gave Maryland great opportunities to regain possession off turnovers. Even then, the Wolverines’ insecurities showed with fouls — the Wolverines tallied 11 in the first half compared to the Terps’ two.

But Michigan kept trying and found the back of the net once more off a free-position shot to make it 7-3 at halftime.

Similar to recent games, Maryland came into the second half firing. Clevenger started the half with a buzzer-beater goal on her team’s first possession.

Seconds after Shaylan Ahearn won the draw control and tossed the ball to her, Hannah Leubecker raced towards the cage and chucked it in before the Wolverines’ defense could get in position.

“It’s a total team effort,” Clevenger said. “I think our chemistry has been really thriving throughout the last few games.”

Maryland’s six-goal lead wouldn’t last for long. Michigan found its footing and scored two goals in a row to decrease its deficit to 9-5.

Clevenger continued her breakout performance, scoring her fourth goal of the day to set a new career-high for the sophomore.

The Wolverines fought back with another goal, but the Terps pushed back ahead.

Goals from Shannon Smith and Leubecker built Maryland’s lead back to six goals at the end of the third quarter. The Terps continued to use all the time they could on offense, as Leubecker’s goal came with just seven seconds left in the third quarter.

Maryland’s defense continued to shut down Michigan, forcing bad shots and setting Sterling up to make 12 saves on the day.

“Emily has just been phenomenal,” defender Abby Bosco said. “That just gives all of us as a unit more and more confidence.”

The Wolverines eventually found a way to make it past the Terps’ aggressive defense in the fourth quarter, making it a 12-7 game.

Maryland didn’t change a thing on offense, relying on ball movement to keep Michigan’s defense guessing. When defenders rushed towards Clevenger, she passed the ball to Grace Griffin, who launched it into the back of the cage with just over five minutes to go.

The Wolverines managed to come back and score one last time but it wasn’t enough, as the Terps pushed past Michigan with ease.