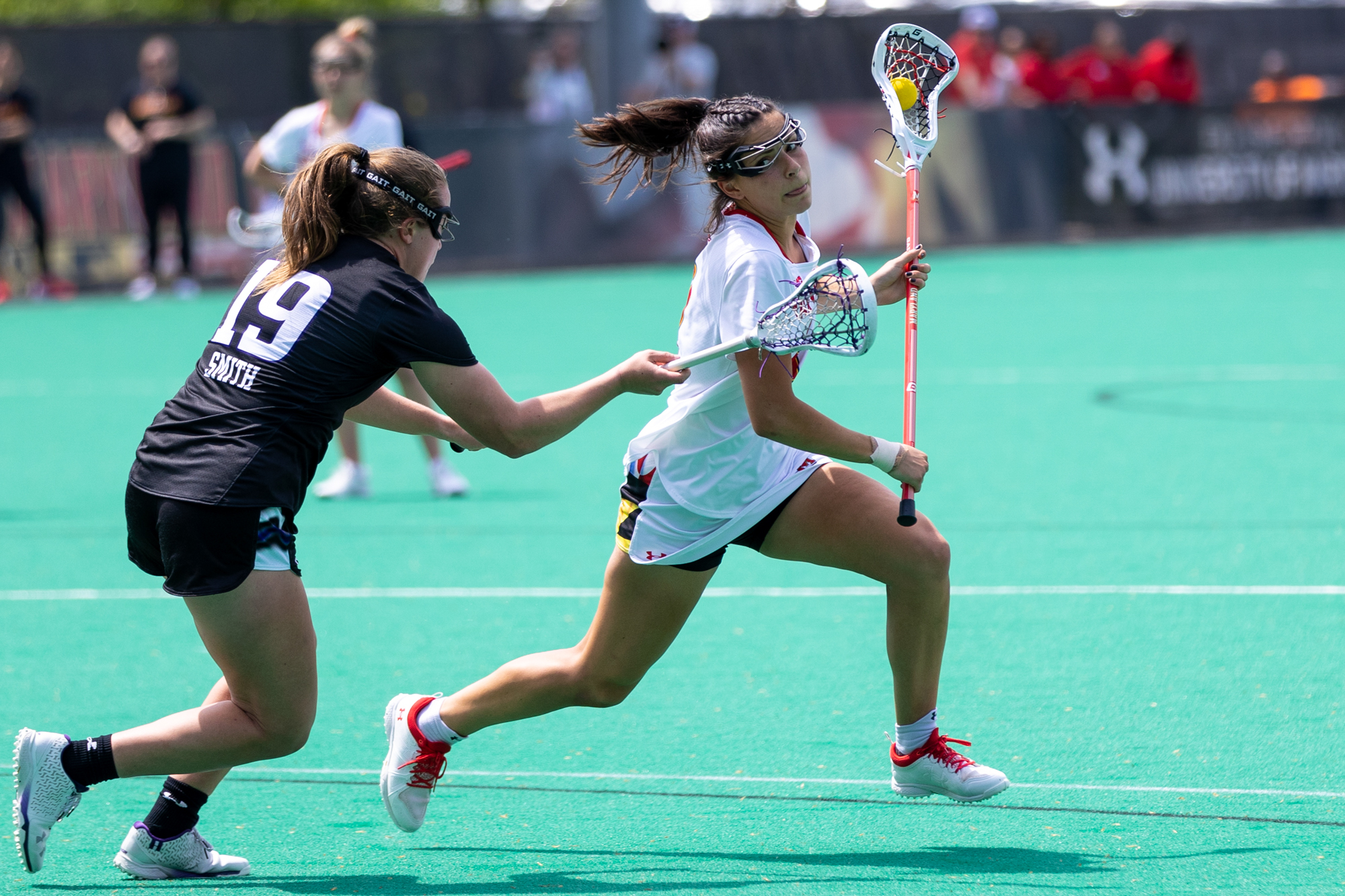 Tensions ran high in the closing minute of the first quarter with Maryland women’s lacrosse and Northwestern tied at three. The Terps needed a goal to regain their lead.

Libby May provided it.

May caught a pass from Shannon Smith and catapulted the ball past Northwestern’s goalkeeper, Madison Doucette. Her second tally of the contest secured a Terps lead that wouldn’t be threatened again.

The attacker totaled a career-high seven goals in Maryland’s 15-9 win over one of the best teams in the nation.

“We’ve just been working on playing as a team and playing confidently,” May said. “[Coach] Cathy has been really teaching us the winning mindset, so stepping out with a sense of confidence and swagger.”

May burst onto the scene in the 2021 NCAA tournament, scoring nine goals in two games for the Terps. The junior has continued that production this season with 42 goals and seven assists in 15 games.

But none of May’s previous performances compare to her showing against Maryland’s longtime rival Northwestern.

Midway through the fourth quarter, she looped through the Wildcats’ defense before receiving an Aurora Cordingley pass and whipping it past a hapless Doucette.

May’s scoring spree was key on a day when the Wildcats face guarded Cordingley, the Terps’ top scorer. That defense forced Maryland to turn to May and some of its younger attackers for scoring.

“You only can learn [how to play against different defenses] through experience,” Reese said. “By getting out and playing against these different teams, we’re just challenged and these guys are kind of thrown out there and they’ve learned … to kind of put these pieces of the puzzle together.”

She added that Grace Griffin, Abby Bosco and Cordingley are the only players with the experience of a full season due to the shortened 2020 season and a conference-only slate last year.

May’s stellar showing was paired with strong performances from other secondary scorers — Hannah Leubecker and Eloise Clevenger — who each contributed three points.

“Our offense has been clicking a lot,” Clevenger said. “We’ve developed a lot of chemistry over the year.”

The attackers’ chemistry showed against Northwestern where the team had a season-high 11 assists. All of May’s goals came off assists, including the one that broke her career high.

Shaylan Ahearn threaded a pass to May with the Wildcats defense in disarray, leaving the attacker with time and space to bounce a shot that ricocheted into the goal.

The Terps will close out their season this Saturday against No. 21 Michigan, where they’ll have the opportunity to win the Big Ten regular-season title outright after clinching a share with their victory over Northwestern.

May will show up in Ann Arbor, Michigan, off of an impressive game against a strong team, but she emphasized that her squad contains a potent set of offensive weapons.

“Our offense has been so versatile that I think like anytime, anywhere on the field, anybody can be dangerous,” she said.