Meet the candidates running for mayor in Hyattsville’s special election 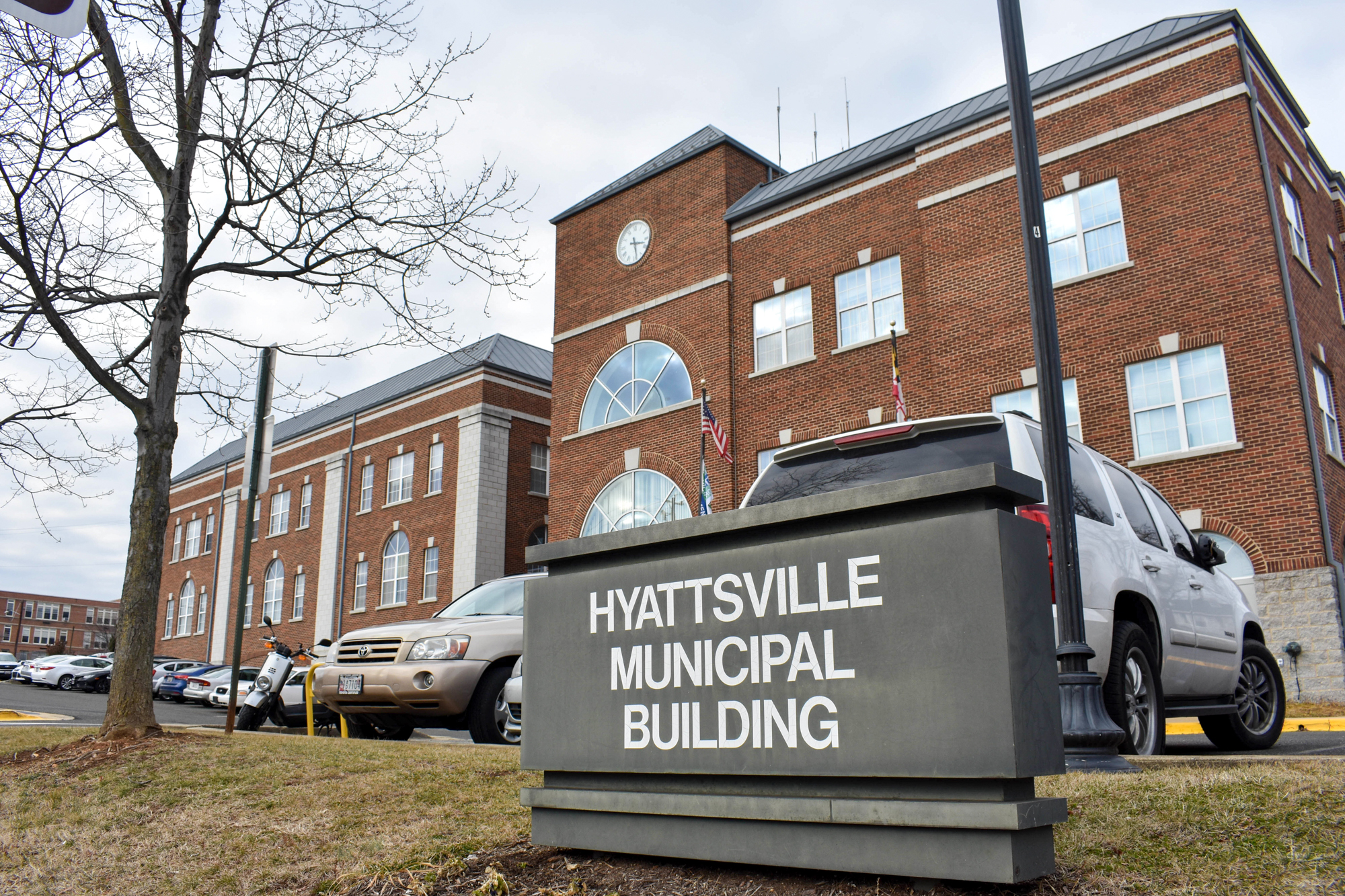 The Hyattsville Municipal Building on Feb. 7, 2018. (Mateo Pacheco/For The Diamondback)

The city of Hyattsville will hold a special election for mayor on June 7 following former Mayor Kevin Ward’s death in January.

Robert Croslin
A resident of Hyattsville for 32 years, Robert Croslin currently serves as the city’s interim Mayor. He was elected to the Hyattsville City Council to represent Ward 2 in 2013 and served as council president at the time of Ward’s death.

Croslin said he wants to support the city’s teen center, which offers tutoring and homework assistance outside of school hours.

Having lived in the area for so long, Croslin said he’s seen all the changes in Hyattsville and knows all the players.

“I want to be a collaborative leader. I want to help folks with their ideas,” he said.

He said he would use COVID-19 relief funds and grants from the American Rescue Plan Act to mitigate unemployment, food insecurity and mental health challenges.

“Hyattsville is a unique community, and we can work collectively to recover and become even more cohesive and responsible for the welfare of our city and all of its residents,” Croslin wrote in a statement for Hyattsville’s election guide.

Croslin said he raised two children in Hyattsville, one of whom still lives in the city and is now a lawyer.

He holds a master’s degree in landscape architecture from Morgan State University and now designs jewelry as a goldsmith.

Danny Schaible
Elected to the Hyattsville City Council in 2019, Danny Schaible represents Ward 2 and serves as the council’s vice president.

Schaible’s top priorities for the city include affordable housing, street safety, police reform, environmental sustainability and affordable child care, according to his website.

Schaible considers himself an “activist at heart.”

“I enjoy electoral politics, because I’m able to be an advocate and someone that can implement change,” he said.

During his time on the council, he passed legislation banning gas-powered leaf blowers, which can be “dangerously noisy” and “dangerously polluting,” he said.

One of Schaible’s council proposals this budget cycle would create a commission for civilian oversight of law enforcement. This measure would make Hyattsville one of the first municipalities in Maryland to have civilian review of police complaints.

“It enhances transparency, trust and ultimately, accountability of our law enforcement,” he said.

Schaible grew up in Seattle and was the first in his family to graduate high school and go to college. He graduated from the University of Oregon with a degree in landscape architecture.

One of Schaible’s two children has autism. Schaible said he’s had to become a “bulldog parent” to advocate for his son’s needs.

“It has taught me a lot about how to advocate and how to be a strong advocate for, in this case, my family, but I think you can extrapolate that out to your community,” he said.

Vish Bhatt
A resident of Ward 3, Vish Bhatt has lived in Hyattsville for 11 years. He currently owns a business that sells software as a service for data management and serves as a part-time life coach.

Bhatt has never run for public office before but wanted to try it out.

“If you can lead in society, you should,” he said. “It’s always good to give back.”

He said he cares about the Hyattsville community and wants to bring about positive changes that have yet to be addressed.

“I would have had to … pigeonhole myself into the council member role, whereas [as] mayor, I think I have greater authority to navigate Hyattsville as a system,” Bhatt said.

He added he wants to expand Hyattsville’s teen center as well as start a mental health program that includes adults.

“I would make it mainstream to have good mental health,” he said. “I also want to make sure there’s a good, healthy, recreational attitude in all of our citizens, in all of our residents, like going out and running on our trails and into our parks.”

Bhatt grew up in Owings Mill, a suburb of Baltimore. He graduated from the University of Maryland with a degree in computer science, first living in Hyattsville during his senior year of college.

Croslin, Schaible and Bhatt will speak at two candidate forums in May, held by The Hyattsville Life & Times. The first will take place virtually over Facebook on May 12 at 7 p.m. The second will be in person with Spanish translations on May 18 at 7 p.m. at St. Matthew’s Episcopal Church.

Registered voters in Hyattsville will receive ballots via mail in early May, according to the city’s website. Same-day registration and in-person voting will take place June 7 from 7 a.m. to 8 p.m. at the City Building.

CORRECTION: A previous version of this story misstated Danny Schaible has two sons. He has a son and a daughter. This story has been updated.