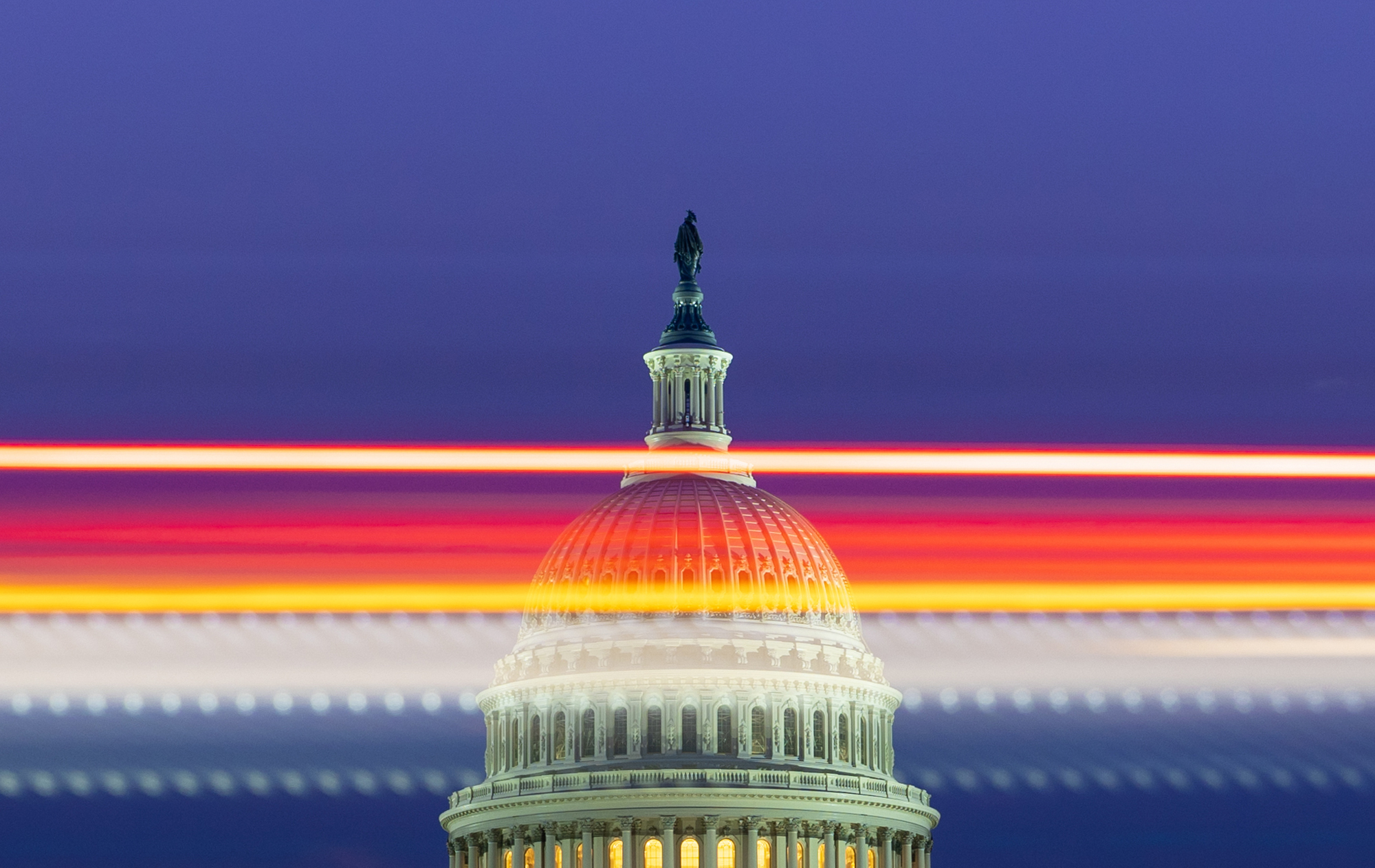 The U.S. Capitol building during sunrise on Feb. 7, 2022. (Julia Nikhinson/Bloomberg)

After the Biden administration recently extended a moratorium on student loan debt until the end of August, various organizations at the University of Maryland have been organizing to lobby President Joe Biden to cancel student loan debt altogether.

The pause on student loan debt began in March 2020 to decrease the harmful economic impact of the COVID-19 pandemic. On April 6, Biden extended the freeze to Aug. 31, according to a news release from the U.S. Department of Education.

Elinda Kiss, a finance professor at this university, said the move was likely to stem rising costs due to inflation.

“Much of the inflation is due to supply chain issues as the country is coping with reallocation of resources after the pandemic,” Kiss said in an email. “Pausing student loan debt repayments puts dollars in the pockets of the graduates that they can use to spend to buy the higher priced goods and services.”

Arsenjuk is the secretary of this university’s chapter of the American Association of University Professors, which has advocated for student loan debt cancellation.

Members of the AAUP chapter attended the rally in Washington, D.C., on April 4, where attendees pushed Biden to cancel student loan debt. The event was organized by the Debt Collective, a union organizing to cancel debt.

This recent push to eliminate student loan debt differs from previous attempts because it is better organized and has seen more successes, such as the moratorium extension, Arsenjuk said.

“I’m sure that the decision to extend and potentially cancel student debt, which is still something that the Biden administration might decide to do, doesn’t just happen by itself,” Arsenjuk said. “That happens because of a certain kind of pressure from people who organize around that kind of issue.”

“It’s a real galvanizing issue because so many people have debt, and it affects young faculty, undergrads and grads as well as their parents,” Beard, who is also involved with the Debt Collective, said.

“The fact that many students have to enter into debt means that they have their possibilities, and in many ways, also their confidence and their curiosity, severely constrained,” Arsenjuk said.

“Being in debt is stressful, not being able to plan or invest in my future, it’s stressful,” he said.

The average student takes out $8,474 a year to attend this university, according to the college ranking site Niche.

The issue goes beyond just this university, according to Kiss.

“One of the major problems with student loan debt is not the impact on University of Maryland graduates, most of whom are able to get good jobs after graduation, but with students who attend for-profit predatory schools … whose students were misled and defrauded,” Kiss said in an email.

Beard and Arsenjuk said the goal is getting people to recognize that debt is a collective issue.

“There’s a kind of increasing awareness … that debt in fact, is not just an individual question, but it is a collective shared issue,” Arsenjuk said. “It’s also a political issue.”

He said it isn’t enough to only cancel current student loan debt, but that the conditions that created debt must be changed.

“Forcing people into debt in order to gain some kind of education is in itself unjust and illegitimate which, of course, will then force us to think about how we can ensure free university education for all,” Arsenjuk said. “I think that would be a real victory.”