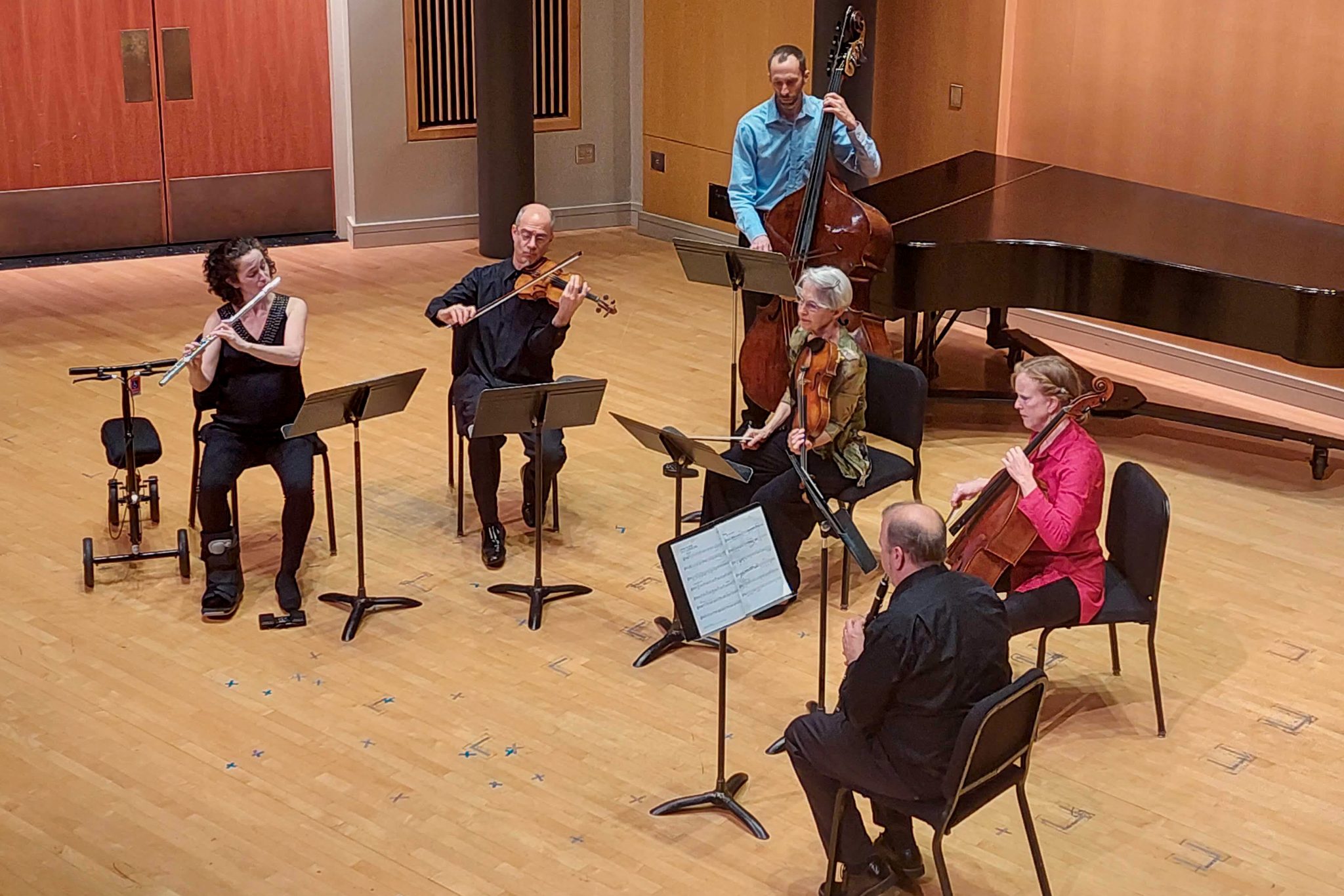 Faculty from the University of Maryland music school performed a recital to honor and celebrate the works of Jewish musical composers at The Clarice Smith Performing Arts Center Saturday night.

Titled “L’Chaim,” a Jewish toast that means “to life,” the recital explored a diverse collection of pieces that reflected Jewish history and the musical habits some acquired after migrating to the United States and South America.

The pieces also looked at the terrible tragedies of composers, such as Dick Kattenburg, Robert Dauberand and Gideon Klein, who were unable to escape the horrors of the Holocaust in Europe at the outset of World War II.

“The particular couple of people who were in the concentration camps who wrote several of the pieces that we played, you just wouldn’t know that they were under those kinds of circumstances,” Rita Sloan, a piano professor in the music school, said. “[The music pieces], they’re hopeful, or they’re beautiful. Beauty tends to be life-affirming.”

According to Sloan, Jewish composers in Europe absorbed not only classical forms but also the cafe and cabaret culture, while those in the U.S. absorbed Broadway, Hollywood, vaudeville, jazz, blues and spirituals.

“I think it was pretty inspirational. It’s one ethnicity, but it’s just a range of different styles,” said Ashley Hsu, a senior clarinet performance and music education major.

The performance opened with American-born Paul Schoenfield’s piece “Achat Sha’alti,” which is based on a psalm recited in Jewish liturgy and features melodic elements from traditional Jewish music.

“In this particular piece that I played, I think it’s expressed through the liveliness of the gestures, like they have a lot of energy, they have a lot of propulsion,” Pesca said. “It’s the music that’s very bodily, that kind of affirms our existence in the world.”

Frisof elaborated on the theme of “life-affirming music,” especially given some of the composers’ circumstances.

Attendees welcomed the music school’s efforts to organize concerts with different themes to improve the diversity of music showcased.

“I have to say that the flute music is great, [Frisof] recorded the last piece she played before intermission on her recent album with Daniel Pesca, which I believe is all women composers,” said Courtney Adams, a sophomore flute performance major who studies under Frisof. “It’s just great to have a teacher that really values diversity.”

By the end of the performance, one student in the audience felt the live music transported them into a different reality and provided a temporary escape from the world outside.

“With everything going on right now, it’s nice to have a celebration of life. Since there’s a lot of turmoil everywhere right now, I just think it’s been a rough year for a lot of people,” Ksenia Mezhenny, a freshman flute performance major, said. “It’s nice to just connect and focus on the music. It’s like a zone, so you’re just focusing in on this moment … the rest of the world falls away.”