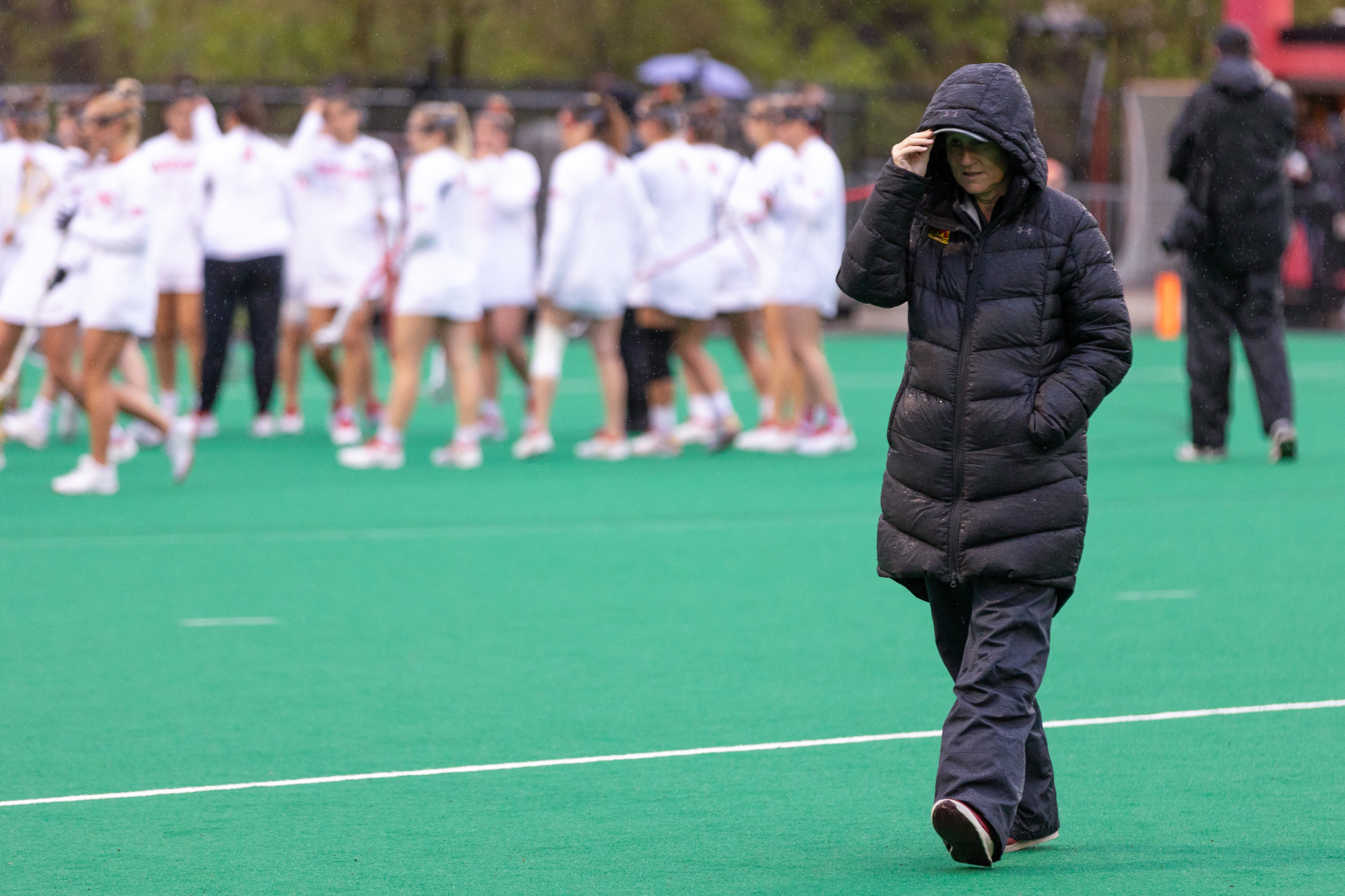 Darting through Ohio State defenders, Aurora Cordingley was on a mission to score. She found her opening and fired the ball down into the net during Maryland women’s lacrosse’s 6-0 scoring run that capped off a win over the Buckeyes.

That stretch helped the Terps remain undefeated in Big Ten play, giving them an opportunity to clinch part of the Big Ten regular season championship this Saturday against long-time rival No. 2 Northwestern.

Maryland lost in all three games against the Wildcats last season, but the Terps aren’t the same team as last year.

“We’re really prepared from our three matchups from last year against them,” attacker Libby May said. “Our team is obviously very new. We have a bunch of new people. Our chemistry is great and we’re really confident going into this weekend.”

Bolstered by star transfers and Tewaaraton Award nominees Abby Bosco and Cordingley, the Terps dominated this season, but have yet to play a team as talented as the Wildcats. Saturday will be the first time this year they play a team ranked higher than them.

Cordingley — who played for Johns Hopkins before transferring to Maryland — is experienced against the Big Ten powerhouse.

The attacker scored five goals and tallied two assists in her two senior year games against Northwestern. However, her experience this year with the Terps prepared her the most for their biggest game of the season so far.

“We’ve been put in tough positions, we’ve been forced to pivot and adjust,” Cordingley said. “We’ve kind of played in every scenario this year, and I think that’s going to really help us in the long run.”

The third Tewaaraton Award nominee on the team — goalkeeper Emily Sterling — led Maryland’s defense to become one of the best in the nation, notching the second-fewest goals allowed per game at 7.5.

The Terps will need their defense to be in top shape against the Wildcats, who lead the Big Ten with 17 goals and 7.75 assists per game.

“Straight up, Northwestern is a tough team to defend,” coach Cathy Reese said. “The key to our success is being able to somehow limit the opportunities that we’re giving them.”

To overpower Northwestern, Maryland’s defense will need to communicate well and be coordinated on defense, as the Wildcats have the ability to turn any of the Terps’ mistakes into scoring opportunities.

However, Maryland’s offense will pose its own challenges for Northwestern. The Terps are right behind the Wildcats in Big Ten numbers, averaging 16.07 goals and 6.86 assists per game.

Maryland’s attackers can score in bunches, and will hope to take advantage of Northwestern’s lowest save percentage in the conference, which sits at just 39.5 percent.

Reese’s squad will also be able to relish the opportunity of playing the Wildcats on their home turf in Maryland’s final home game of the regular season.

“We love to play in front of our fans,” Reese said. “We have one of the top teams in the country we’re competing against, with the conference title on the line, and so I think it doesn’t get better than that.”

Even before Maryland joined the Big Ten conference in their 2015 season, they had a long history against Northwestern. The two teams have met often in the NCAA tournament, with Maryland coming out on top several times, including in the 2010 championship game.

Saturday’s matchup will add another chapter to the storied rivalry.