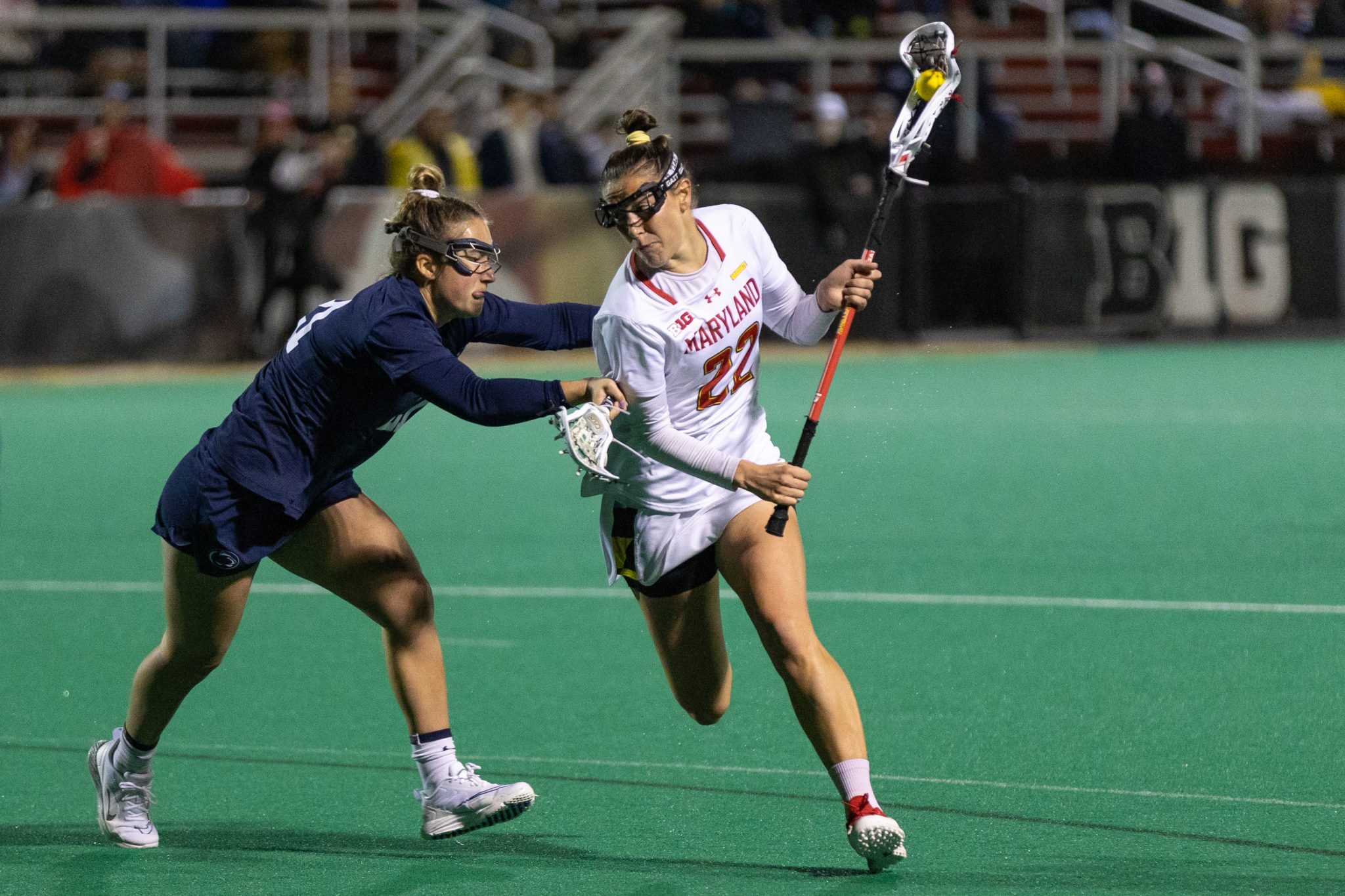 Less than two minutes after her first goal of the game, Maryland women’s lacrosse co-captain Grace Griffin looked to add her second.

She dodged the Ohio State players, keeping her eye on the goal. When the moment was right, Griffin fired the ball past flailing Buckeye goalkeeper Regan Alexander — capping off a 6-0 Maryland run to end the game with a 14-8 win for the Terps.

“We had to work together as a unit in order to have those openings,” Griffin said.

Her first goal came off of a slick feed from Aurora Cordingley, who hid behind the net before slinging a pass through Alexander’s outstretched goalie stick. Griffin received the pass and found herself open in front of a vacant net for a goal that added onto the impressive Maryland stretch.

The Terps and Buckeyes remained tied at eight until the 1:37 mark of the third quarter, as the two conference opponents continued a contentious battle. But coach Cathy Reese’s squad found its groove as the third quarter clock waned, scoring six unanswered goals and preventing the Buckeyes from attempting a single shot in the fourth quarter.

“We came out of the locker room at halftime and in the second half, I thought we just did a tremendous job defensively,” Reese said. “We just really played together well.”

After a poor first half performance where they allowed eight goals off of 19 shots, had seven turnovers and lost in the draw circle 11 times, the Terps rallied in the second half.Keeping Ohio State scoreless for more than 30 minutes, Maryland won five draw controls in a row, decreased its turnovers and picked up 10 groundballs — keeping possession of the ball more often and limiting the Buckeyes’ offensive opportunities.

It was the second straight game the Terps posted a strong second half showing.

Reese’s squad outscored No. 12 Princeton 10-4 in the second half,  shutting the Tigers out in the fourth quarter in Maryland’s 19-9 win.

Halftime provides the team a chance to “dig down deep” and make the changes that are needed to play better lacrosse, Reese said.

While the Terps’ offense produced goals in the second half against the Buckeyes, it was their defense that shined in the win.

The defense gave goalkeeper Emily Sterling the help she needed to make saves and kept the ball away from the cage, allowing Ohio State just four shots in the entire second half.

“We kind of just felt like we were not playing as well as we could have,” midfielder Shaylan Ahearn said. “Taking the second half to not beat the other team, but kind of beat ourselves and just get a step better with every half.”

With most of the season complete, Maryland’s ability to adjust on the fly and come back strong in the second half has pushed it to become a better team and a more difficult opponent.