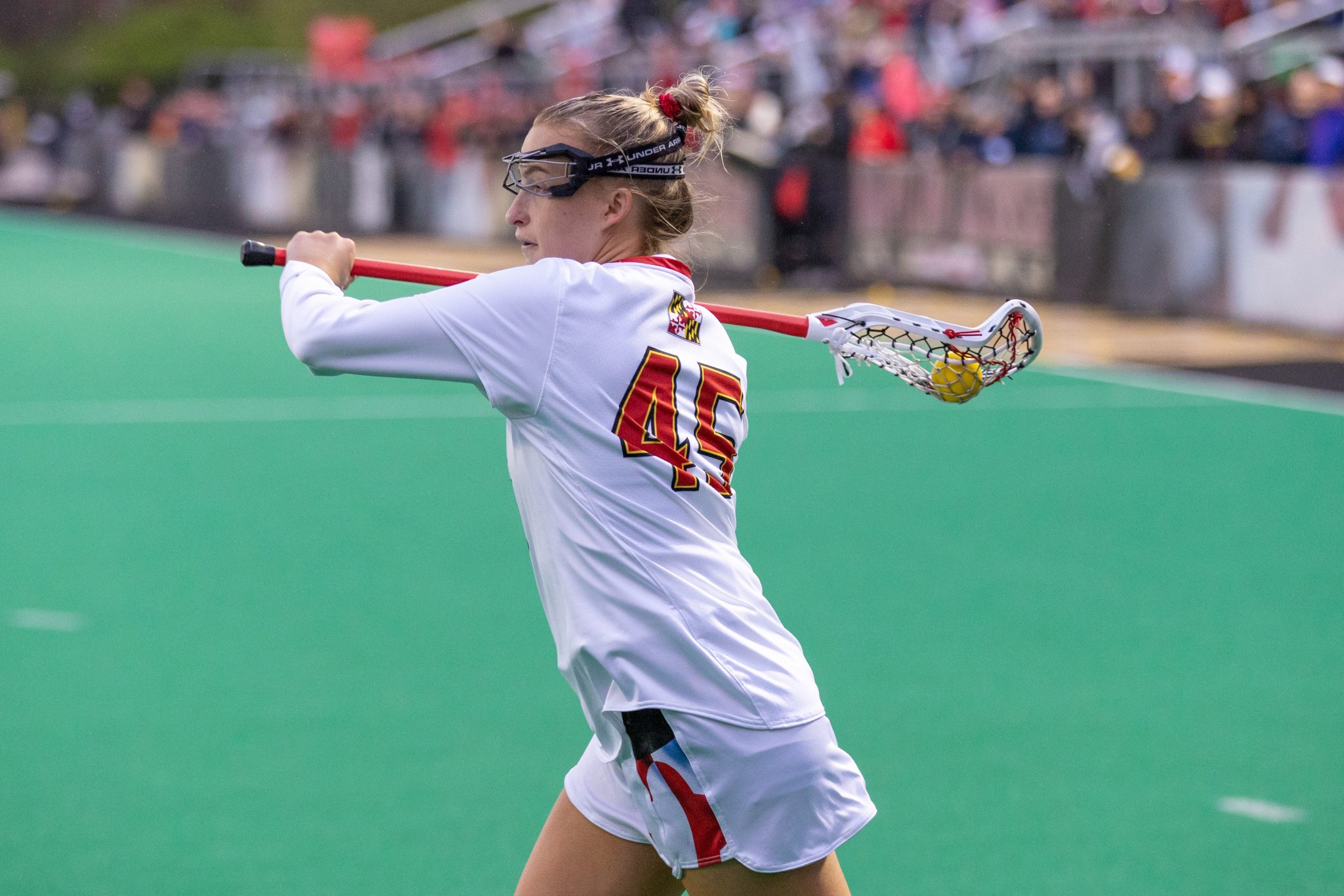 Neither team could find a goal for almost the entire third quarter, but with just under two minutes left, Shaylan Ahearn finally ended the scoring drought with a drive to the cage on a free-position shot to give Maryland women’s lacrosse the lead.

Ahearn’s goal jump-started the Terps’ offense, which outscored the Buckeyes 6-0 in the second half to overcome Ohio State’s strong first-half performance in a 14-8 win.

“It was definitely a tale of two halves today,” Ahearn said. “I think that we really picked it up in the second half.”

Maryland was raring to go against the Buckeyes in the opening minutes, scoring twice in the first two minutes of the game with goals from Libby May and Eloise Clevenger.

Ohio State fired back with two goals of its own to tie the game early on and with a woman-up opportunity, the Buckeyes moved into the lead at 3-2. A speedy drive and low shot from Ali Beekhuizen doubled Ohio State’s lead.

The Terps weren’t daunted by the deficit, as Aurora Cordingley dodged through the defense and snuck in a shot to make it 4-3. Another quick shot from Hannah Leubecker tied the game.

Maryland retook the lead with a fast-break goal from May, but the Buckeyes tied the game at five in the opening minutes of the second quarter.

The Terps found their scoring rhythm with goals from Leubecker and Ahearn to propel them into a two-goal lead.

Ohio State quickly fought back with a free-position goal that decreased Maryland’s lead to one, before back-to-back goals in under a minute propelled the Buckeyes back into the lead.

A woman-up opportunity gave Cordingley the chance to score and tie the game at eight at the end of the first half.

Both teams were flexing their defensive power but in different ways. The Buckeyes played a strategic zone defense while the Terps played their signature aggressive woman-to-woman defense.

It showed in the third quarter, as neither team could find the right offensive look to score for over 13 minutes of the frame. Goalkeepers Emily Sterling and Regan Alexander controlled the momentum for Maryland and Ohio State, respectively.

Ahearn’s goal broke the game open for the Terps, as Cordingley followed with another goal on a free-position shot to bring Maryland to double-digit goals.

The attacker found the back of the net again to open up scoring in the final quarter, darting around from behind the goal and firing it in — a signature move of hers this season.

“We had a chance at halftime to reset and come out and actually step on the field and execute,” coach Cathy Reese said. “We were able to pull away with the second half.”

Leubecker followed with her third goal of the day as the Terps continued to extend their lead to make it 12-8.

Maryland’s offense continued to push hard against Ohio State in the fourth quarter, keeping the ball on offense for over two minutes before Grace Griffin scored back-to-back goals to bump the Terps’ lead up to 14-8.

After losing a majority of the draw controls in the first half, Maryland tied draw control wins at 13. The Terps won five in a row in the fourth quarter as they pulled away from the Buckeyes.

Maryland’s defense also shined, shutting out Ohio State for just over the last 35 minutes of the game. Sterling made three saves in the second half.

“Our defense, we thrive on playing together,” co-captain Griffin said. “We stepped up and we knew what we had to do.”