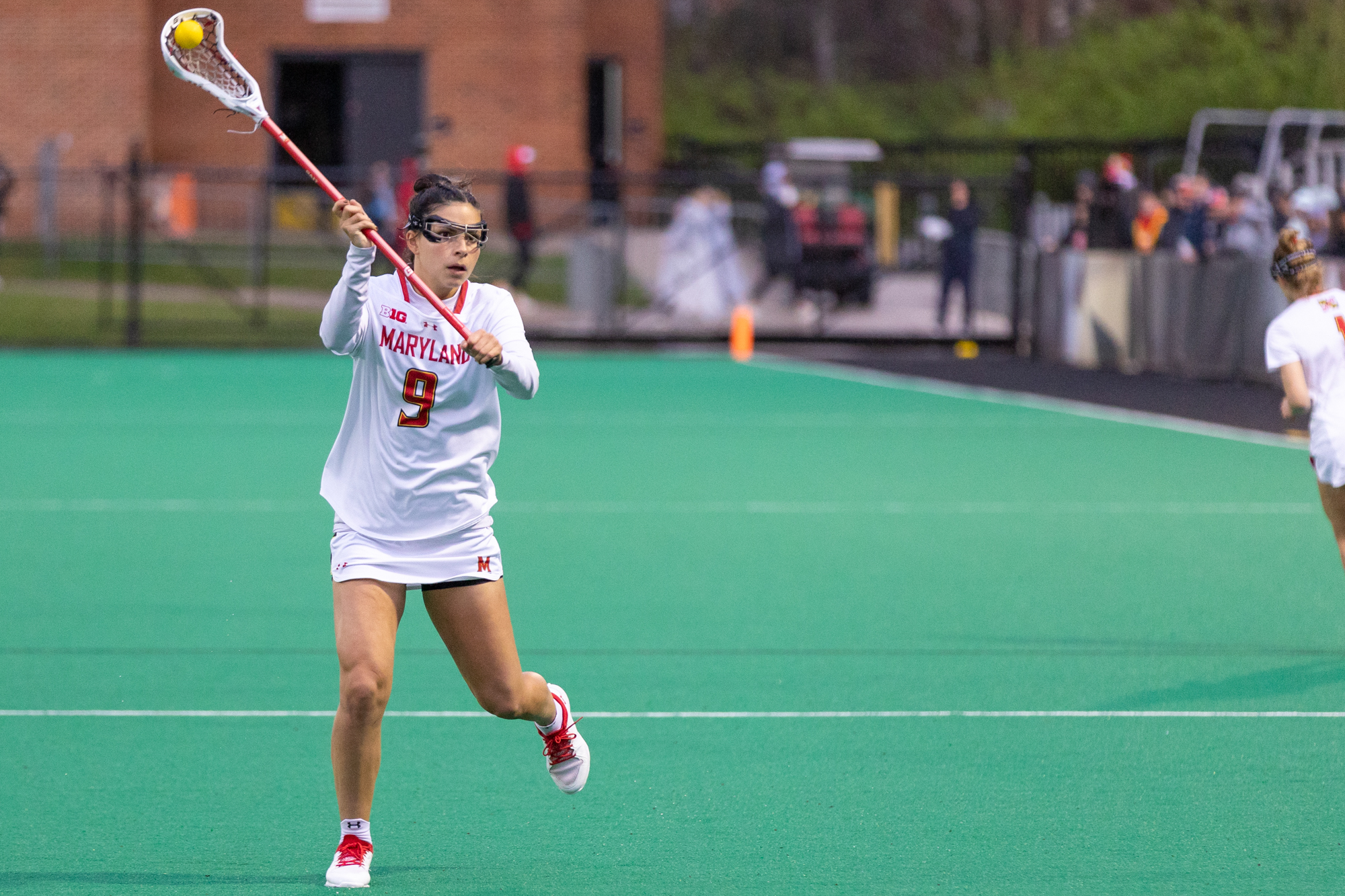 The clock was working against Maryland women’s lacrosse in the first quarter. With just 21 seconds left, the Terps were down 3-2 when they lost the draw control.

But a caused turnover gave Maryland an opportunity. Libby May tore down the field and tossed the ball to Aurora Cordingley, who whipped the ball into the cage to tie the game at three with just one second remaining.

“I think [the goal] was huge for our momentum,” coach Cathy Reese said. “Our team recognized if we can work together and move the ball quickly, then we can create openings.”

Explosive offense paved the way for No. 8 Maryland’s first 19-goal game in a month in its 19-9 win over No. 12 Princeton. Led by Cordingley, May and Hannah Leubecker, the team has scored 19 or more goals in four games this season.

Cordingley, who logged her 50th goal of the season Wednesday, leads the team in goals and assists, but she credits her success to the talent of her fellow attackers.

“It just comes all down to my teammates,” she said. “I think that just goes to show how amazing my teammates are and how they’ve brought me up this year.”

But for the rest of the attack, most of whom are underclassmen, Cordingley’s experience and leadership are invaluable.

As the season has progressed, Cordingley hasn’t been the only Terp leading the offense. Leubecker has been the top scorer in six games this season, totalling 38 goals. May follows with 33 goals and four games as the leading scorer.

“I think we’ve got something really special here in College Park,” Reese said. “We’ve grown a lot. We have matured a lot since last year without a doubt.”

Maryland’s growth is evidenced by its goals. The team has already scored more than last season’s total having played four fewer games..

The Terps have beaten their opponents by a margin of 10 or more goals in nine games this year, with four of those dominating performances occurring against ranked teams.

With so many talented players on Maryland’s attack, it makes the team “unscoutable” because opposing defenders never know who’s going to move in for the goal.

“Everybody on the attack is a threat to score,” Leubecker said. “It’s hard to key in on just one [or] two players when everybody’s dangerous.”

The Terps have had 13 different players score this season, including defender Abby Bosco, who fired in a shot earlier this season against Johns Hopkins.

Maryland’s efficient offense has powered the Terps to the highest shooting percentage in the Big Ten at 47.5 percent.

The Terps will aim to continue their scoring frenzy against Ohio State, who is coming off of a win against then-No. 14 Michigan.

The Buckeyes are right behind Maryland in the Big Ten standings, and another ranked victory would boost them ahead of the Terps.