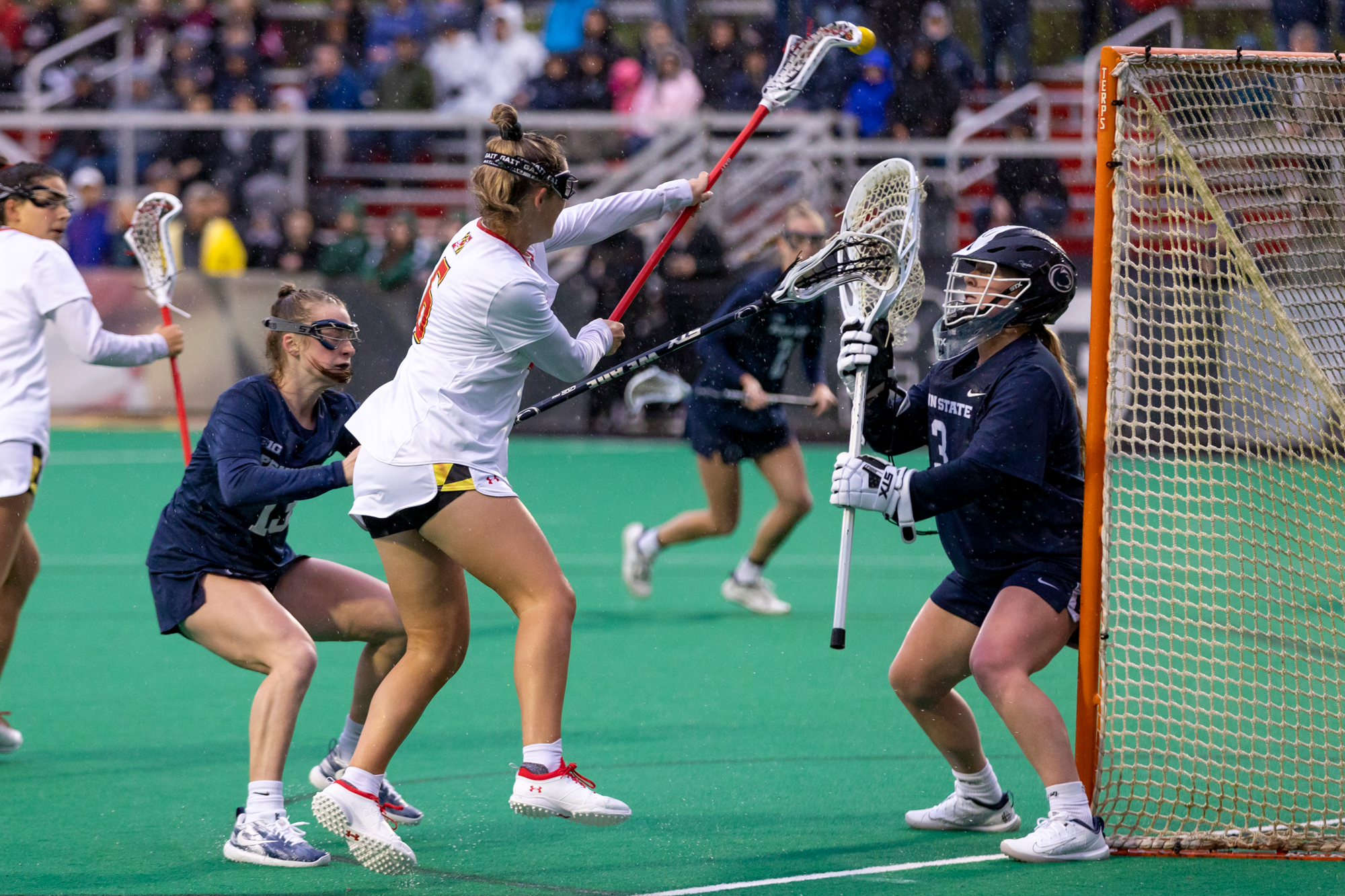 Eloise Clevenger faked high after receiving an Aurora Cordingley pass before launching the ball into the bottom of the cage during Maryland women’s lacrosse’s 13-6 win over Penn State.

Clevenger has soared in her sophomore season with 15 goals, 16 assists and two hat tricks. She’s one of many players on the Terps squad who has developed into a star from a tough nonconference schedule. Her latest four-point game was the result of being tested all season in intense games against nonconference opponents.

“Anybody on our offense is dangerous,” Clevenger said. “Any given day, some people may not score, some people might, so I think it’s awesome to see different people coming up with [points].”

No. 8 Maryland will take on No. 12 Princeton in its final nonconference game of the season, a team they’re 14-0 against since Cathy Reese came to College Park in 2007.

After last year’s slate of conference-only games, where they repeatedly played the same six teams, the Terps have used this year’s ambitious schedule to test themselves.

From the beginning of the season, Reese has touted her team’s schedule as an opportunity for it to develop before fierce Big Ten competition.

Maryland’s nonconference battles did exactly that. With 10 nonconference games, four of them against ranked opponents, the Terps pushed themselves to improve all season. So far in 2022, they have only let in 88 goals, compared to the 212 allowed a year ago. Junior goalkeeper Emily Sterling, who was named the IWLCA National Defensive Player of the Week, has become a leader on defense as her experience against different teams has grown.

As the 2022 season went on, Maryland has gotten better at defending against free-position goals, going from allowing six against Virginia in February to zero against William and Mary in March. Reese’s team hasn’t allowed more than two free-position goals in its last five games.

“I really just think it comes down to maturing as a team and keeping our composure,” Sterling said.

The team’s offense has improved too, with an average of 16 goals and 7.08 assists per game compared to 2021’s average of 12.29 goals and 4.47 assists. Returning players Hannah Leubecker, Libby May and Clevenger have stepped up this season for Maryland. Leubecker and May have scored in 11 of 12 games this season.

“Obviously last year our team was pretty young, we didn’t have too much experience,” May said. “Having more games, more experience, more exposure has really allowed us to develop our confidence.”

The Terps’ contest against the Tigers — a team they’re 32-8 against all-time but haven’t faced since 2019 — gives them one last opportunity to grow before their final three games in the regular season against fellow Big Ten teams.