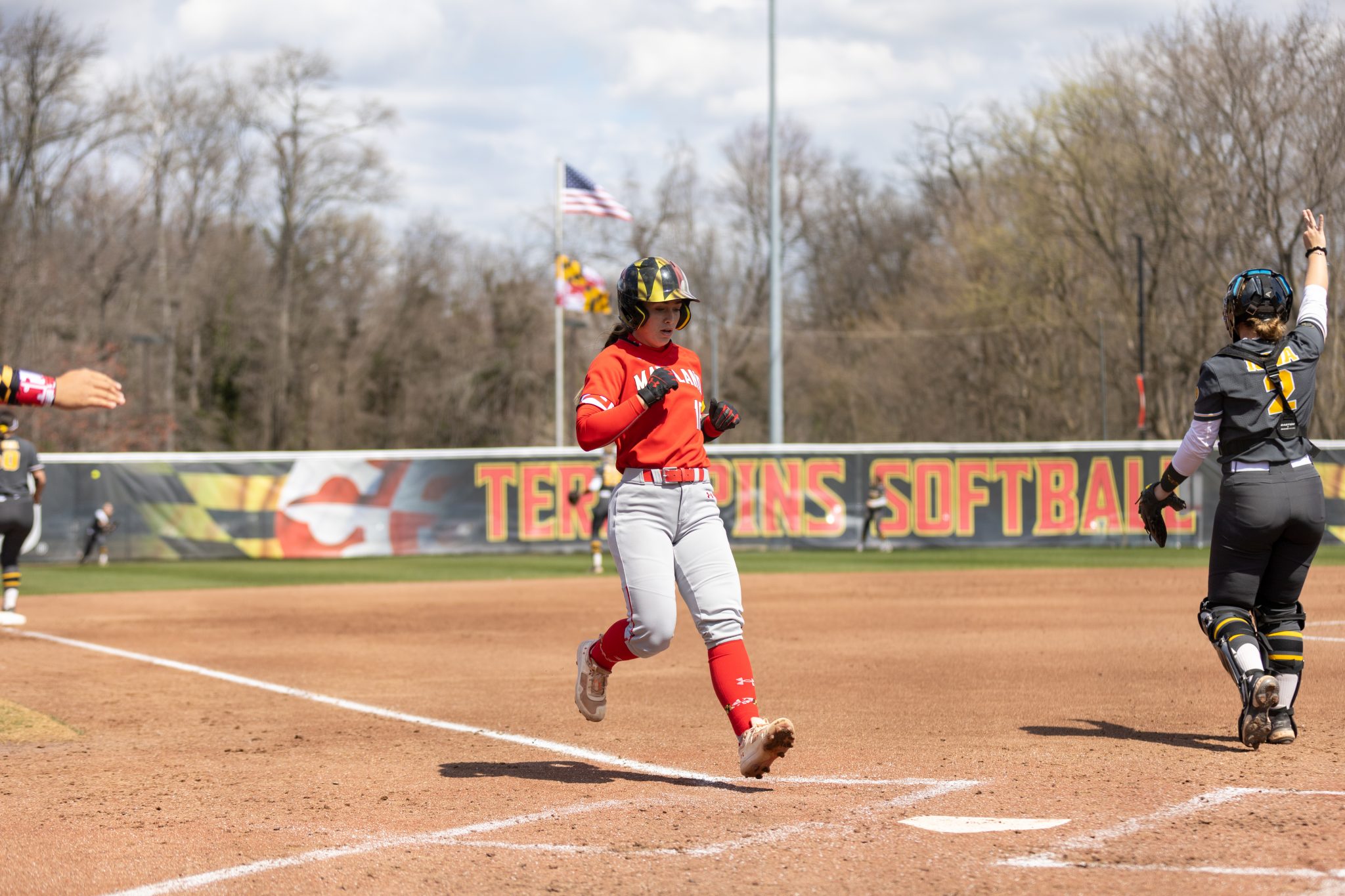 All Megan Mikami could do was watch as Minnesota’s Chloe Evans demolished a pitch over the middle of the plate into left field. Mikami turned around, jogged onto the warning track, and watched the ball fly over the wall in the third inning.

“We played in horrible conditions and didn’t play well [in] all three elements of the game,” said coach Mark Montgomery. “It was a non competitive game and the kids were frustrated about it and I was frustrated with myself.”

The Gophers’ bats started the game hot, scoring six runs in the first two innings. After the Terps scored a run in the top of the third, the Golden Gophers responded in a big way with Evans’ three-run shot to go up 9-1.

Maryland faced a struggling Gophers team that was coming off a three-game sweep to Nebraska.

Emily Leavitt started for Minnesota, coming off a rough performance against the Cornhuskers where she gave up 11 runs in 5 ⅔ innings.

Trinity Schlotterbeck took the ball for Maryland. Schlotterbeck recorded a win her last time out, allowing five runs — two earned — in five innings in Tuesday’s game one victory against Rutgers.

The Golden Gophers got to Schlotterbeck in the first.

With the bases loaded and one out, Sara Kinch unloaded the bases with a shot into the right center gap. Kinch cruised into second with a double, scoring three Golden Gophers.

Later in the first, Schlotterbeck hit Kayla Chavez with a pitch with the bases loaded. Kinch trotted home to score, extending Minnesota’s lead to 4-0.

In the bottom of the second, Sydney Strelow roped a single past the diving glove of Mackense Greico near the first base bag. Two Golden Gophers scored, putting Minnesota ahead by six.

Ellefson came in with the bases loaded but got Chavez to line out at short to end the inning and strand all three Gophers.

Maryland joined Minnesota on the scoreboard in the top of the third when Kiley Goff sprinted home on a wild pitch to trim the Terps’ deficit down to five.

But Evans’ home run in the latter half of the inning extended the Minnesota lead. Later in the frame, Makenna Dowell notched an RBI single up the middle, ending Ellefson’s afternoon in the circle as coach Mark Montgomery brought in Kyra Pittman for just her tenth appearance of the season.

“The goal was to save arms. There comes a point where despite Trinity’s lack of success, she’s proven that she can throw a bad game and then turn around and throw a really good one,” Montgomery said. “Our job was to get them out once the game was not competitive. Once Haley went in and gave up a couple runs, now it’s pointless. That’s when we rolled to Kyra and I thought she did a nice job.”

The Golden Gophers tacked on another run in the bottom of the fourth as Delanie Cox lined an RBI double into right center.

Leavitt retired the Terps in order in the fifth, finishing off her strong performance and clinching the mercy-rule win for the Golden Gophers.