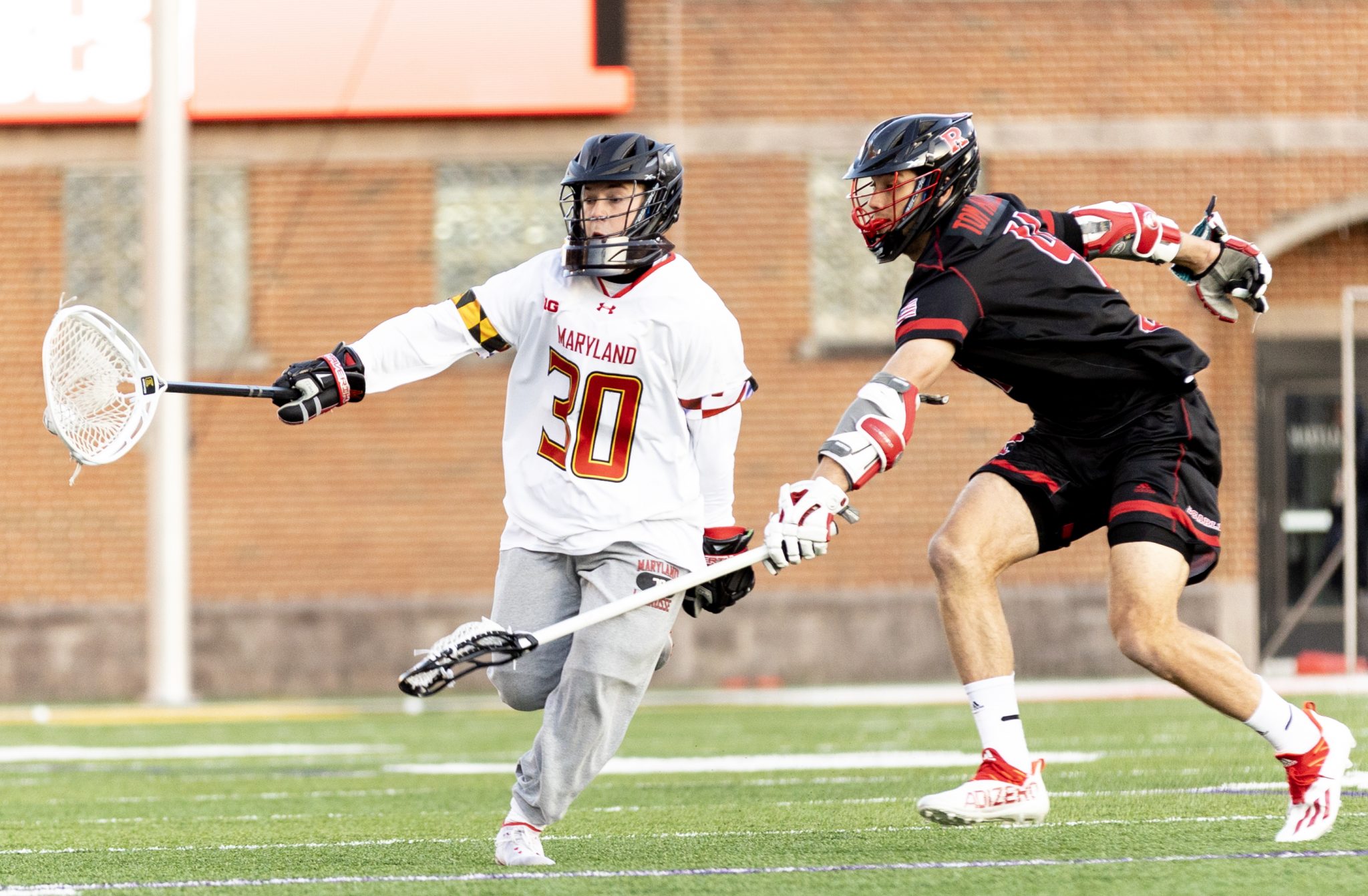 Jack Myers twirled right and then left, twisting his way through four Maryland defenders. The Ohio State attacker got to the face of the goal and placed a shot past goalkeeper Logan McNaney, leaving multiple Terps in his wake.

Maryland men’s lacrosse’s defense looked lost early as the Buckeyes’ attackers continued to get open looks, beating McNaney on each of their first five shots on goal in the game.

“We were a little bit sloppy on the defensive end,” coach John Tillman said. “We weren’t buttoned up, we didn’t communicate, we weren’t organized.”

McNaney failed to make a save in the first quarter, but improved as the game went on.

The goalkeeper recovered to make multiple key saves in the second and third quarters, and finished with 11 stops — his fifth time notching double-digit saves this season.

“Every save was a quality save,” Tillman said. “We kind of knew that going into it, they weren’t gonna take a lot of bad shots, there were gonna be a lot from the inside … I thought [McNaney] did a good job with that.”

Maryland’s defenders were eventually able to limit the quality of the Buckeyes’ opportunities, improving their communication and forcing lower percentage shots further away from the goal.

“I kind of find it exciting when we don’t play as great as we want, and we’re still able to come out with the win,” defender Brett Makar said. “Just shows the fight and resiliency of this group.”

The Terps will hope to see further defensive improvement on Saturday when Maryland takes on in-state rival Johns Hopkins.

Despite struggling throughout the season — the Blue Jays have won six games this year — Johns Hopkins delivered at home, notching five of those wins at Homewood Field. Two of those wins came against ranked opponents Syracuse and Loyola.

Johns Hopkins is the only program  Maryland has a losing series record against. The Terps are 47-67-1 in one of the most historic rivalries in college lacrosse and will hope to claw closer to a winning record over the Blue Jays with a victory that would complete Maryland’s perfect regular season.

“I feel very fortunate to just even be part of this thing in a small way,” Tillman said. “I know how long it’s been going on and what it means to either the guys that have played, the teams or even the schools.”

The Terps’ struggles against Ohio State might give them important experience ahead of a matchup with Johns Hopkins. In two of Maryland’s three games against the Blue Jays last season, Tillman’s squad trailed during the fourth quarter.

The calmness Maryland exhibited in the face of its largest deficit of the season against Ohio State could help the Terps should they find themselves in a similar situation Saturday.

“Our leaders exert confidence in everyone, and that just kind of trickles down through everybody on the team,” Jack Brennan said. “That will just allow us to never be out of it. I think that’s the most important part to our team — the resilience and confidence we have in ourselves.”