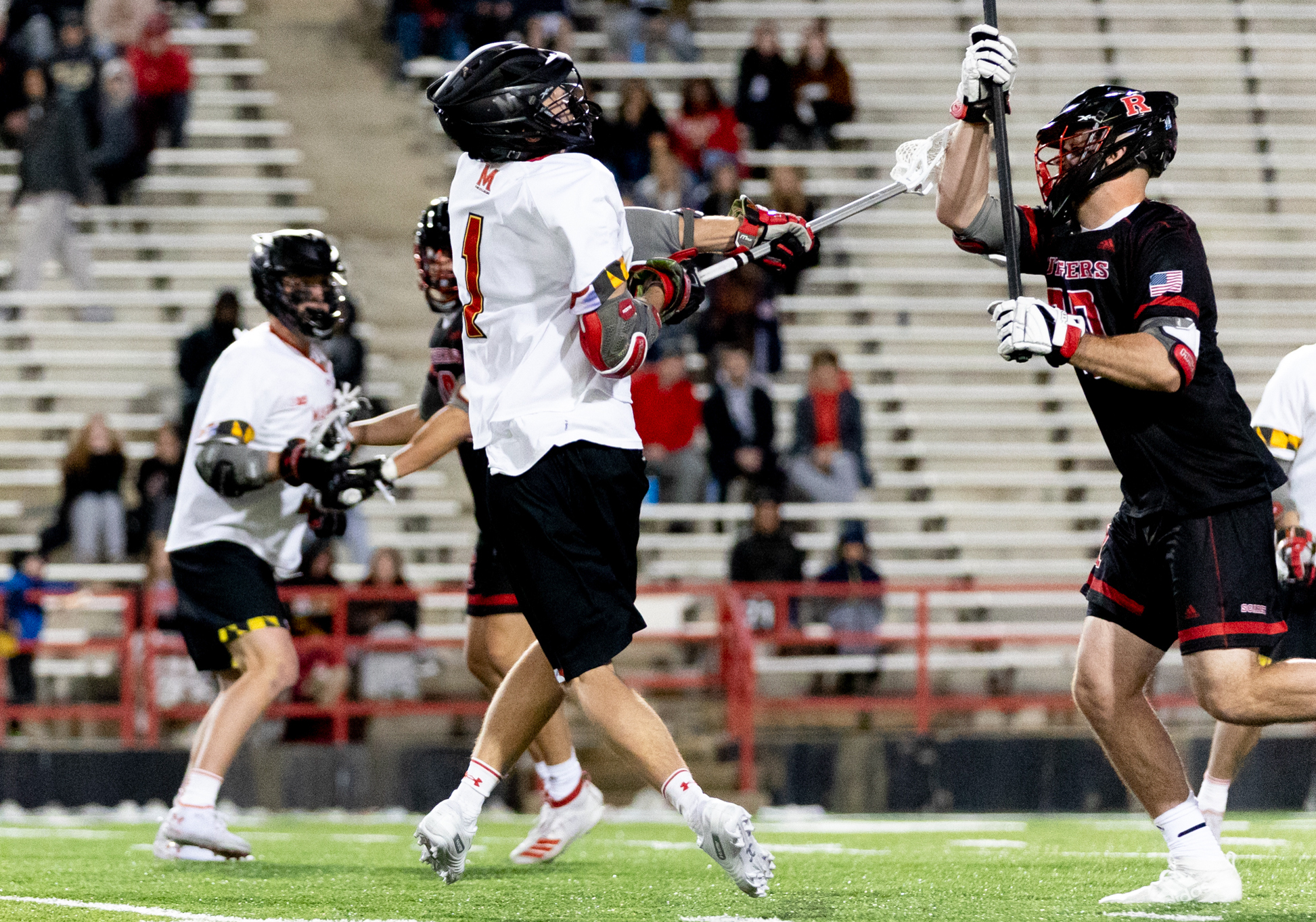 Ohio State attacker Jack Myers faked a backward pass before turning toward the goal as teammate Colby Smith raced past his defender.

Myers quickly found his fellow attacker in front of the net where Smith rifled a jumping shot past the flailing stick of Maryland defender Owen Prybylski and goalkeeper Logan McNaney.

The goal capped off a 5-0 Ohio State run that left Maryland men’s lacrosse with its largest deficit of the season — down 7-3 five minutes into the second quarter.

Coach John Tillman called a timeout and when the teams returned to the field, the Terps clawed their way back into the game with a quick succession of goals en route to a 19-12 victory.

In that run-igniting huddle, Tillman stepped back and let his players do the talking.

“I think it’s a credit to the guys in the locker room that we’ve earned their trust for them to be able to have that belief in us,” Roman Puglise said. “That huddle, I don’t think coach [Tillman] said a word. The guys just came in, and we just reset.”

It was one of Maryland’s most senior players — career points record-holder Logan Wisnauskas — that kicked off the scoring.

The attacker scored back-to-back goals out of the timeout and propelled the Terps to a 5-0 run of their own.

Just after halftime, Wisnauskas backpedaled away from his defender and ripped a sidearm shot into the back of the net that restored Maryland’s lead, notching his eighth hat trick in 11 games.

Tillman’s biggest takeaway from the contest was his team’s resolve facing a rare situation — a scoreboard tilted in their opponent’s favor. Maryland and Ohio State traded the lead throughout the third quarter, making Saturday the first game this season where the Terps trailed in the second half.

“I thought this was good for us, to kind of have to come from behind,” Tillman said. “It’s going to happen at some point, I just didn’t know when.”

After a poor start in which they conceded five first-quarter goals, the Terps’ defense held strong during their five-goal outburst.

Maryland caused three turnovers in the final nine minutes of the second quarter as McNaney only had  to make two saves. The Terps’ defensive unit prevented the interior shots that had been so effective for Ohio State earlier in the game.

“Not sure we were as organized as [the defense] really wanted to be, and I don’t know if we communicated quite as well early,” Tillman said. “But I think they did better as the game went on.”

In the face of an unfamiliar situation, Maryland used its seniors’ voices to spark the run that secured its 11th straight victory.