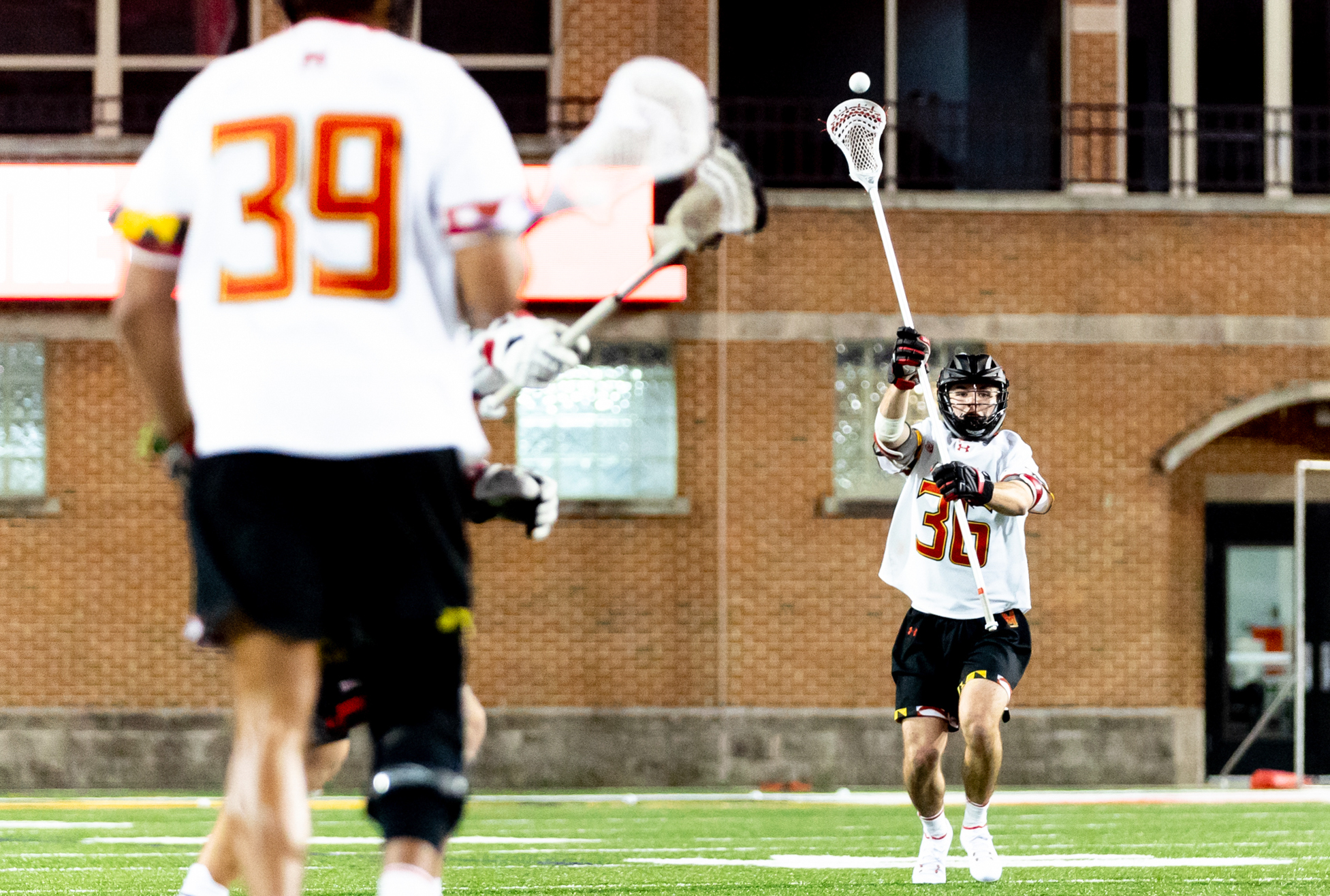 Rutgers couldn’t get a good look with the shot clock wound down.

The Terps’ defense gave Rutgers fits all night, holding an offense that averages the third-most goals per game in the nation to single-digit goals in Sunday’s 17-9 win.

Zappitello held Scott, Rutgers’ top goalscorer, to just one goal in Sunday’s matchup, another impressive performance for the sophomore in his second year with the Terps. His emergence has helped coach John Tillman fill the void left by Nick Grill’s graduation, steadying the Maryland defense.

“We kind of looked at Ajax and he was just kind of steady, consistent, and that allowed us to move Owen [Prybylski] up to the pole position, which has been great,”  Tillman said.

The sophomore has slotted nicely into a cohesive unit for the Terps alongside Maryland’s defenders and defensive midfielders.

“I think our unit has definitely continued to build on the chemistry we kind of established over the last few years,” Maryland defender Brett Makar said.

McNaney has been solid in the net even when the Terps allow their opponent to get shots off, making a combined 25 saves in Maryland’s last two games.

Luke Wierman has aided the Terps’ defense at the faceoff X all year, winning more than 67 percent of his faceoffs this season, the second-highest rate in the nation.

However, the faceoff specialist will take on one of his toughest opponents of the season — Ohio State’s Justin Inacio.

Inacio ranks eighth in the nation in faceoff winning percentage at around 61 percent and has won around 63 percent of his faceoffs in three career games against Maryland.

“I feel like Justin’s been there forever, and that’s always a compliment,” Tillman said. “If he’s been doing it for a long time against you, you probably have some scars … Justin’s a terrific player.”

The Terps have only won fewer faceoffs than their opponent once so far this season, but Maryland’s defense will need to prepare to potentially play more possessions than they ever have this year.

“If Justin gets hot, which guys get, we’ve got to be ready to dig in defensively,” Tillman said. “We’ve got to stay focused and prepared for 80-second possessions every single time, working the clock down.”