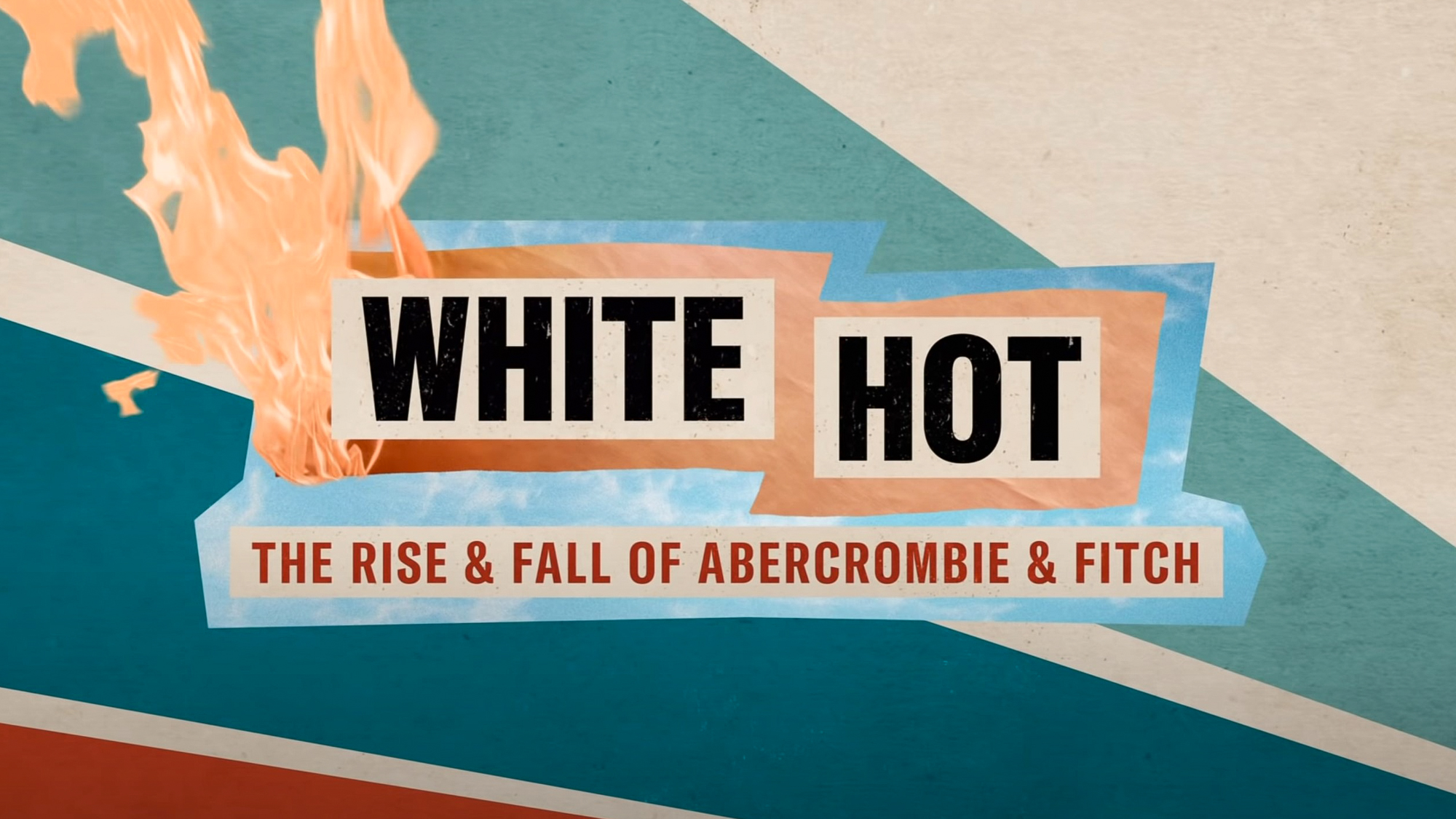 Netflix released a documentary on the infamous chain mall store, Abercrombie & Fitch, on Tuesday. The film, White Hot: The Rise & Fall of Abercrombie & Fitch does exactly as the title suggests; covering the brand’s quick leap to iconic imagery that just as quickly decayed into toxicity.

As someone who was just a little too young to understand the Abercrombie & Fitch hype when it was all the rage in the early 2000s, this documentary revealed a lot to me about the company’s image, both on the inside and outside during its peak sales period.

The documentary starts off with anecdotes from former employees, former models, journalists and other relevant people recalling their first experiences and impressions of the store. It then jumps into a detailed history of the company, its acquisition by Mike Jeffries in the early 1990s and then continues the timeline up until the present day.

Watching the footage featured in this documentary was like jumping back in time. Documentaries that cover events from recent years have a unique challenge –– teaching the audience something they don’t already know from regular media coverage during the actual event. In this case, Netflix incorporated old ad footage, pictures and interviews with people at all levels of the company to piece together different scandals that occurred over the years into a larger picture.

What’s unique about the rise of Abercrombie & Fitch compared to the way that brands present themselves today was their marketing. In a time before social media, the company would have each store recruit from the most popular fraternities at universities, with the hopes that if the popular frat guy was wearing Abercrombie & Fitch, everyone would want to wear it. This was just one example of how the company spread awareness of the brand without the use of social media.

However, by branding themselves as designing clothes for the “All-American boy,” they created a storefront with inherent discrimination. Their models and employees were disproportionately white, and the store did not attempt to make any plus-size clothing. This led to multiple lawsuits against the company for discriminatory practices. One case was brought to the U.S. Supreme Court in 2015, and Abercrombie & Fitch lost.

Although the documentary talks a lot about discrimination, it also brings up how gay men often designed ads, such as Bruce Weber, who photographed dozens of Abercrombie & Fitch ads. Their portrayal of the brand, including sensual ads with lots of men, was seen as foundational to many gay men.

Ever since Netflix documentaries started blowing up in popularity, such as FYRE: The Greatest Party That Never Happened and Tiger King, future releases all seem to have a particular voice similar to these styles. This documentary is no different. While I appreciate the unique and niche stories that Netflix is telling, many of its documentaries are beginning to seem cookie-cutter.

Despite this eerily interchangeable feeling, White Hot: The Rise & Fall of Abercrombie & Fitch truly reveals what went on inside the company, who helped bring it up and who broke it down. And if you were ever a fan, it might make you want to burn your old Abercrombie & Fitch T-shirts.