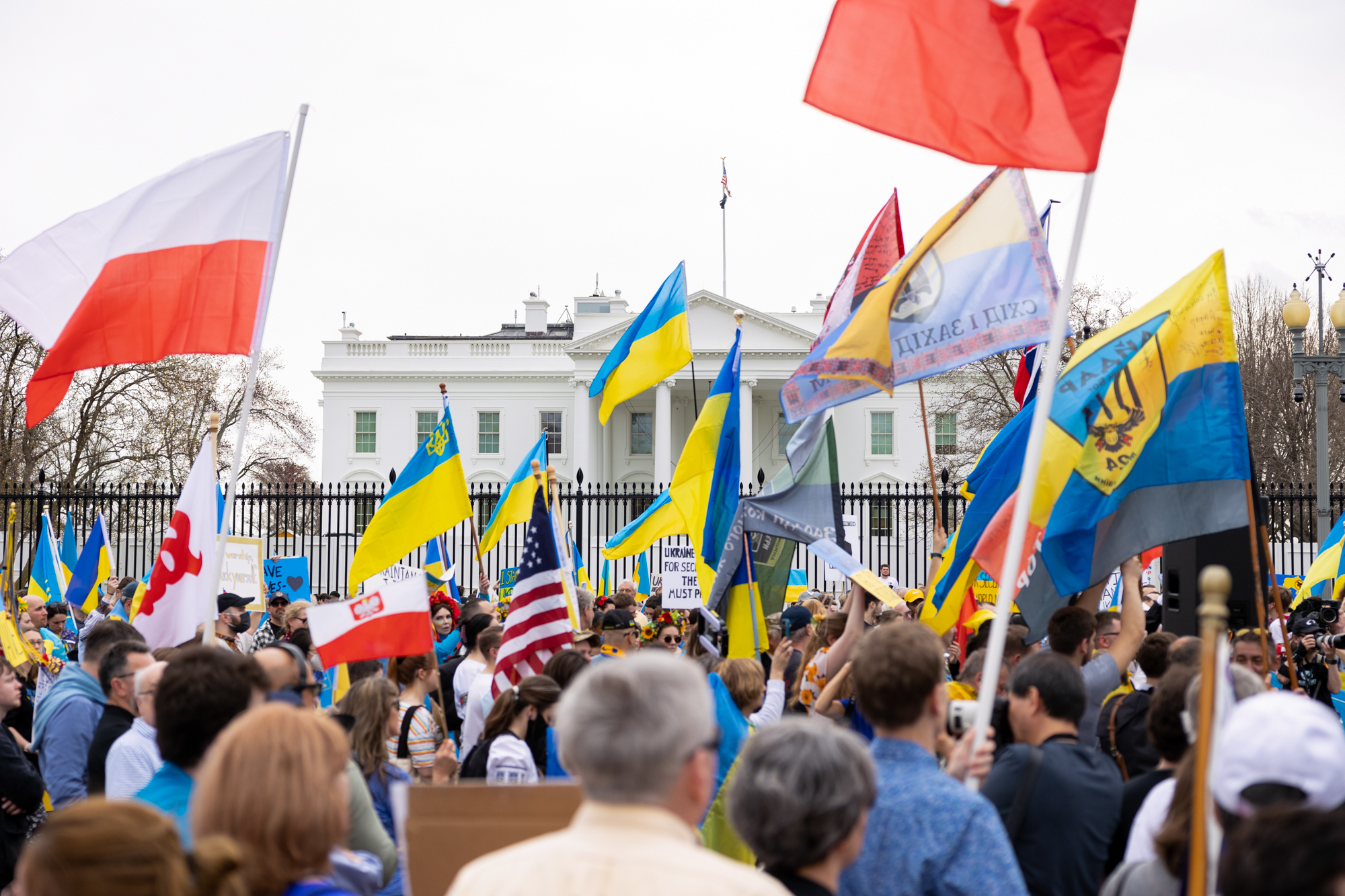 The Center for Global Migration Studies at the University of Maryland held a panel about the humanitarian crisis caused by the war in Ukraine Wednesday.

The panelists called in from Ukraine and Warsaw, Poland.

The events occurred hours after President Joe Biden said Russia was “carrying out a genocide in Ukraine,” according to the Washington Post.

More than 4.5 million Ukrainians have been internationally displaced since Russia invaded Ukraine on Feb. 24, Kosicki said. There have also been instances of forced deportation into Russia, he added.

Each speaker emphasized different aspects of their personal narratives.

Sofia Dyak, the director of the Center for Urban History who called in from Lyiv, Ukraine, noted how though she’s been lucky enough to stay at home and commute to work as she usually would, the atmosphere is different.

The social inequalities between the refugees will bring into question how society changes following the war, Dyak said.

Poland plays a key role in this war due to the country accepting a large number of Ukrainian refugees, according to the Center for Eastern Studies deputy director Wojciech Konończuk. He estimates the country now has the second highest Ukrainian population in the world, following Ukraine itself.

Though this is a new situation for Poland, the Polish government was able to quickly pass a humanitarian aid package, Konończuk said.

Dariya Orlova’s experience vastly differed from the other panelists. She was displaced from her home due to the war.

She and her husband decided to leave their home in Kyiv, Ukraine, with their son after hearing distant airstrikes from their house the morning Russia invaded Ukraine, Orlova, a media researcher and senior lecturer at the National University of Kyiv-Mohyla Academy’s journalism school, said.

“The first 15 kilometers of our journey were probably the most horrifying moments I’ve ever experienced,” she said.

Every speaker stated that the U.S. has a key role to play in the war.

The U.S. was among the first countries to pass sanctions against Russia and to give a humanitarian aid package to Ukraine.

“What the U.S. administration demonstrates is a very effective leadership,” Konończuk said.

Orlova said the U.S. is important in this conflict because it can provide the weapons and supplies needed for Ukraine to combat Russia.

“This war cannot be won by any other means, only military means it seems,” Orlova, said.

There are still signs of resistance by Ukrainian citizens. Orlova said her school, which is located in Kyiv, Ukraine — a city that was attacked by Russian soldiers — has already gone back to online teaching. Her students were eager to think critically and analyze media coverage of the situation their country is in, much to her surprise.

Orlova said she’s dealt with the impact of the war by supporting “signs of resilience” that she sees. For her, that means things such as buying seeds from local vendors.

“I feel special joy when I pass those kiosks and see people buying seeds,” Orlova said. “I’m certain that all those seeds will be planted, and that means that life will go on.”