With Michigan series ahead, Maryland softball is getting comfortable in the batter’s box 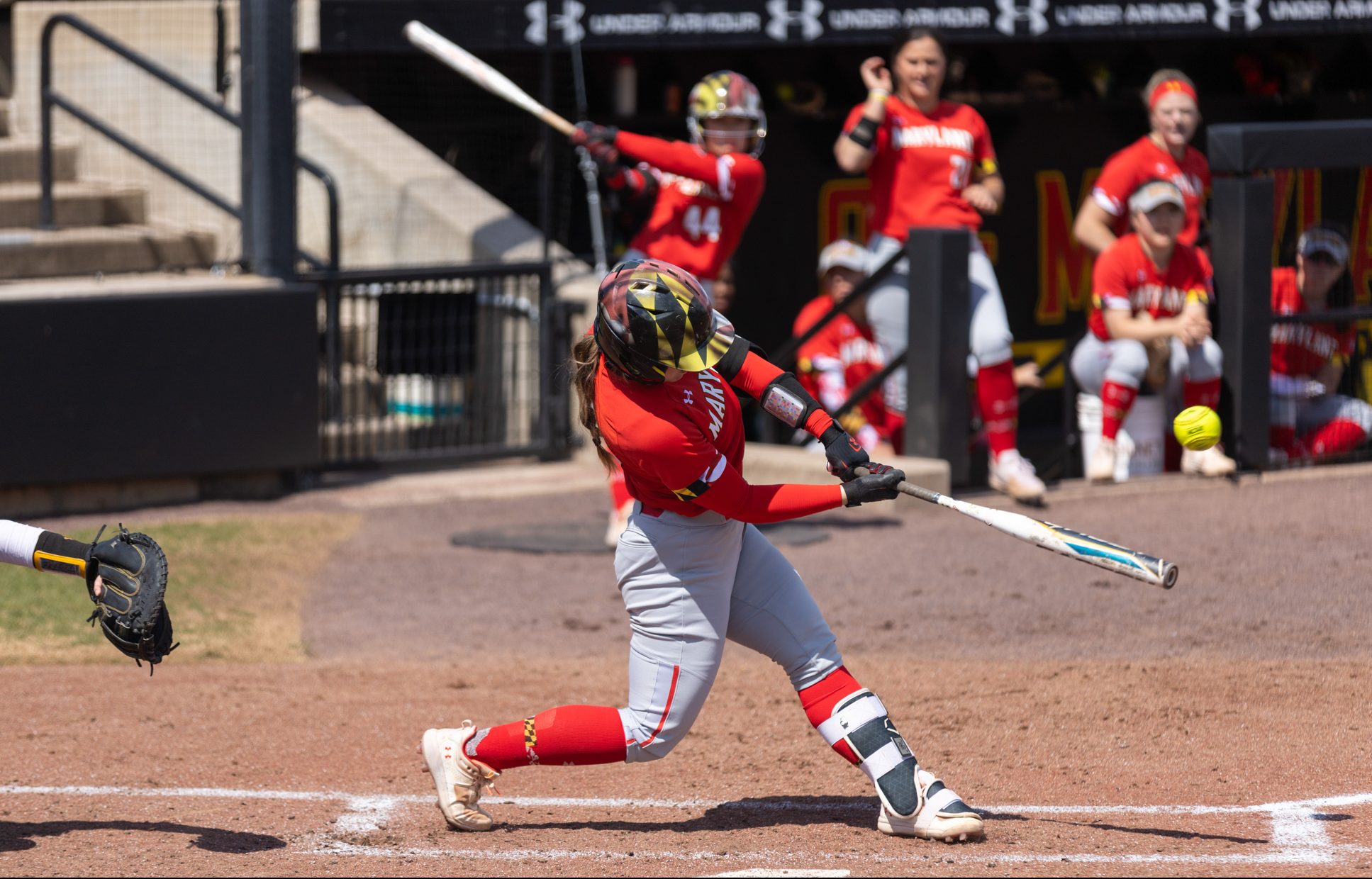 Maryland softball has cruised through its first three series to open up conference play. The Terps are 7-2 against Big Ten opponents, having outscored Penn State, Iowa and Purdue by a combined 28 runs.

But next on the horizon for Maryland comes a series against a difficult opponent, No. 22 Michigan. The Wolverines enter with an RPI of 25, the third-best in the Big Ten.

“The previous weekends we’ve had, we came out and trusted the process and trusted what we have prepared for, and I believe that nothing changes,” sophomore catcher Kiley Goff said. “We know that Michigan is good, but we also know what we’re capable of as well as a team. And I think we’re just gonna keep pushing that, doing what we’ve been doing.”

Maryland’s matchup against Michigan will be its third against a top-25 RPI team. The Terps have gone 0-2 in such instances thus far, having fallen to Tennessee and Arkansas during their nonconference schedule.

Maryland’s loss to then-No. 8 Arkansas dropped the Terps to 9-11, as coach Mark Montgomery’s squad endured an up-and-down start through 20 games. Since the loss to the Razorbacks, Maryland has won 12 of its 17 games, as its offense specifically has stepped up to guide the Terps to a .705 win percentage over the last month.

After an 0-2 showing against Arkansas, Goff’s batting average dropped to .241. Since then, Goff has raised her average nearly 60 points as she — like so many of her teammates — found her stride at the plate.

“Keeping it simple … coming to a realization of your role on the team. Everybody wants to do super well … but when it comes to identifying what your role is on the team, it helps you feel more comfortable up to bat,” Goff said.

Goff isn’t the only Terp feeling more comfortable in the batter’s box. Last year’s Big Ten Freshman of the Year Jaeda McFarland has raised her average from .254 to .284 since the defeat against the Razorbacks, and Megan Mikami has improved her average from sub-.280 up to .316.

The Terps have become battle tested since their loss to Arkansas, and as a result are better suited when faced with adversity.

Montgomery’s coaching staff measures the quality of at-bats not based on the outcome, but rather by particular factors of the at-bats.

Maryland’s hitters have started to understand the little things in each and every at-bat. And with a challenging series against Michigan on the horizon, the little things might just make the difference in the success for the Terps.