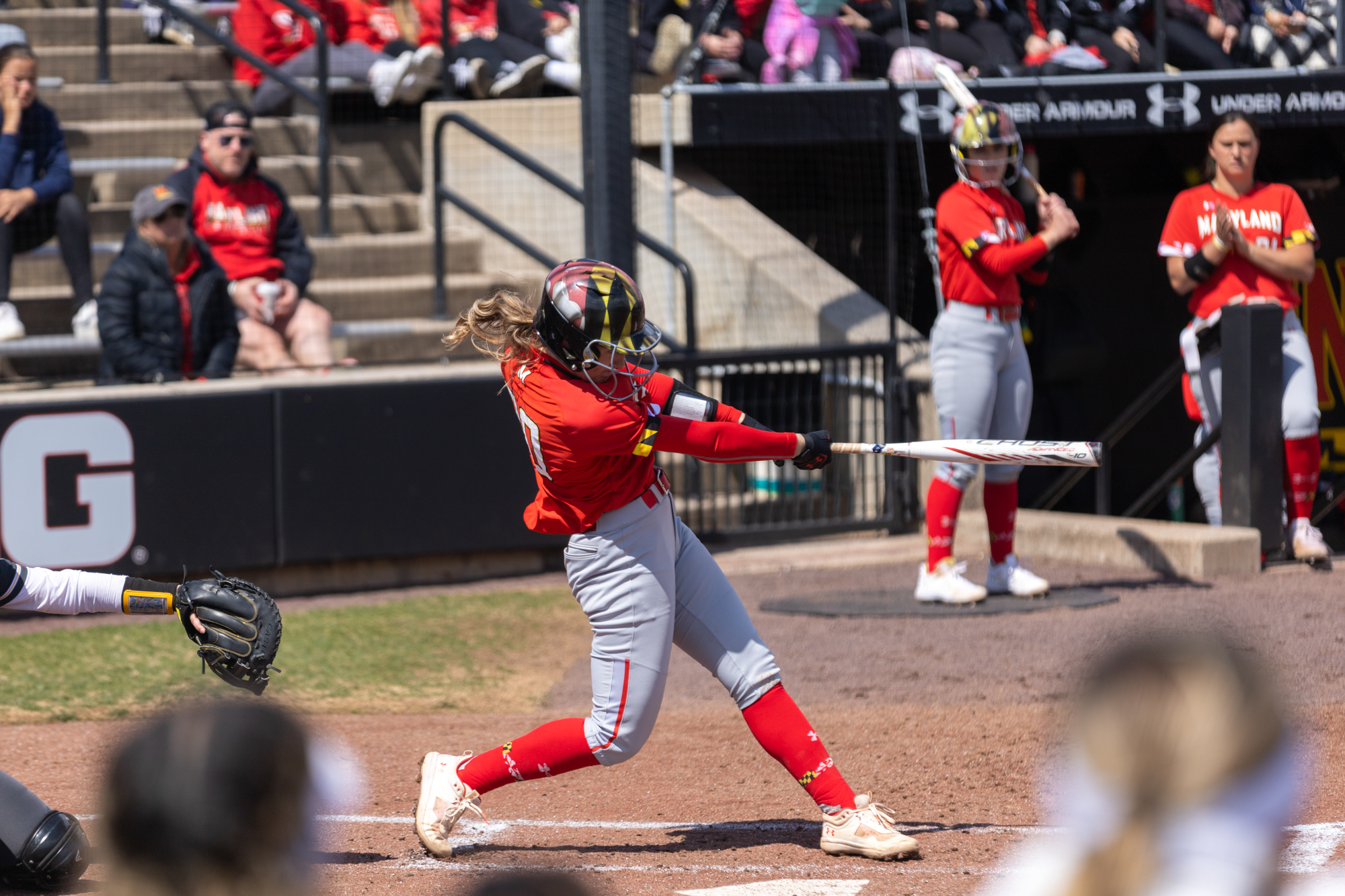 Maryland softball won two out of three against Purdue last weekend to advance to 7-2 overall in Big Ten play.

The Terps’ offense has brought them into the top three in the Big Ten standings and into the top-100 in RPI.

Against the Boilermakers, Maryland scored first in every game, putting pressure on Purdue to play from behind early. The Terps scored over half of their runs in the series in the first inning, aided in large part by a six-run first frame in game two. Michaela Jones contributed four of those runs with a grand slam for her fifth home run of the season.

“Anytime you can score first, it puts you in the driver’s seat. It doesn’t necessarily mean that’s the way the game is going to end up but it’s always a positive because it proves you can score against them,” said coach Mark Montgomery.

Given scoring opportunities, Maryland’s offense stepped up in key moments of the series.

After its offense played poorly en route to a 5-2 defeat in the first game in West Lafayette, Indiana, Maryland’s bats stepped up from the first pitch in game two. Up 2-0 in the first, Jones came to bat with the bases jammed and just one out in the inning. Jones’ grand slam blew the game open and Maryland won by mercy rule in five frames.

In the decisive rubber match of the series, Megan Mikami batted in the winning run in the fifth inning with Kiley Goff at third and only one out in the frame. The Terps’ offense didn’t get a lot of good looks against quality Boilermakers pitching on Sunday, but when faced with scoring opportunities, the Terps took advantage and strung together enough runs to win game three.

“I thought we did a nice job of just staying composed and eventually doing enough to win the game,” Montgomery said. “Overall, I was pleased [with the offense] and I thought for the most part we were doing a lot of really good things.”

As a result, Maryland has relied on timely hitting for its offensive outbursts — and its series against Purdue was no different.