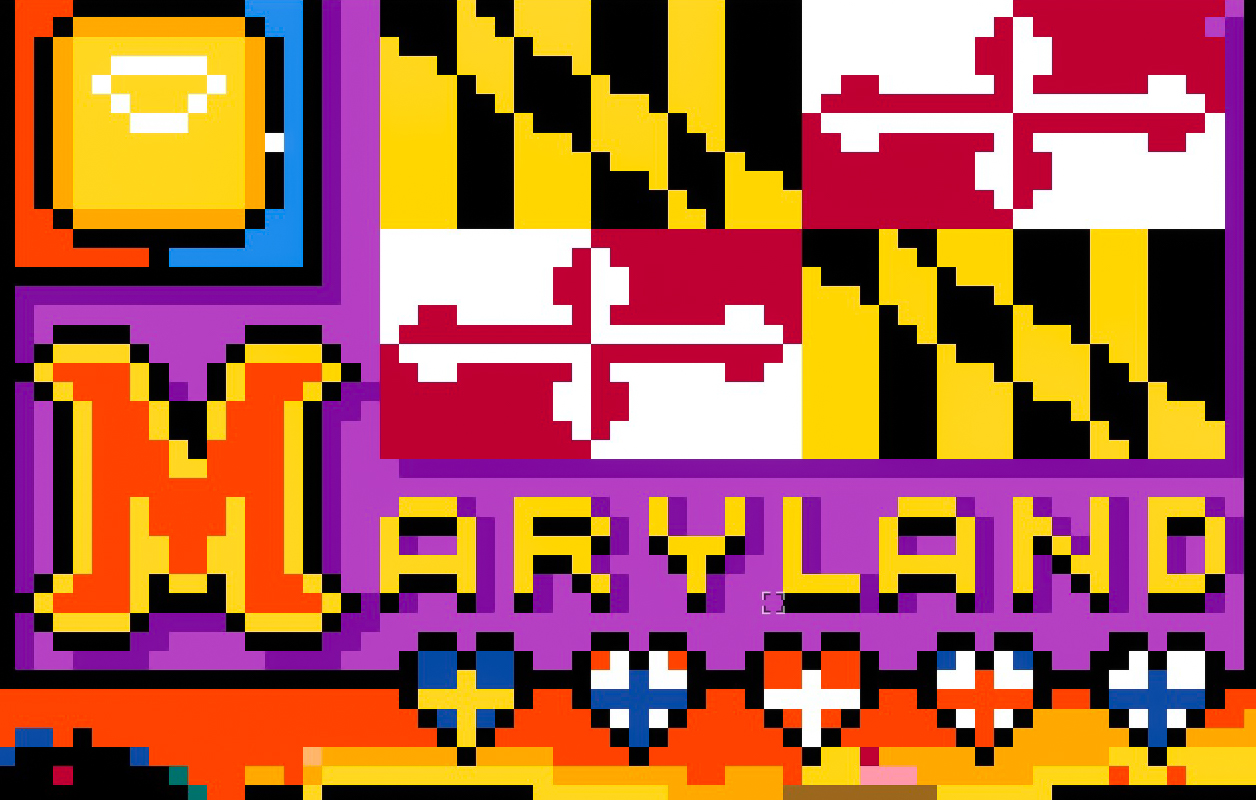 On April 1, Marylanders banded together to make their mark on the canvas of r/Place, a subreddit home to virtual and collaborative artwork.

The open canvas, on which users can post a pixel once every five minutes, began as an April Fool’s experiment in 2017. Five years later, users had another opportunity to create on a blank canvas pixel by pixel.

“Early on, there was no coordination,” Aidan Regotti, a sophomore at Northern High School in Calvert County and creator of Maryland’s r/Place Discord server, said.

Three hours into the creation of r/Place, Regotti said he had to make a Discord server to organize the collaborative efforts between people who wanted to help create Maryland artwork. Eventually, the server held more than 600 people.

The group built and maintained a Maryland flag, the word ‘Maryland,’ a Baltimore Ravens logo, an Orioles logo, an Old Bay can, a University of Maryland Baltimore College logo, a Towson University logo and a blue crab.

“Everything we tried to get on there we succeeded on, which I am incredibly proud of. Very few groups can say that.” Luisa Wayman, an administrator on Maryland’s r/Place discord server said.

Anthony Gu, a senior at Bel Air High School in Harford County and an administrator on the Discord server said he thought pride in the Maryland flag played a part in participation.

“People see the flag and they just realize, ‘Oh, that’s my community. I can relate to Maryland. That’s me.’ So they go and defend that with their pixel that they get every five minutes,” Gu said.

To build up their art, users have to defend their pixels, explained Josiah Altschuler, a freshman enrolled in letters and sciences at the University of Maryland. When other users or groups of users tried to draw over any Maryland pixels, defenders of the pixels protected their art by immediately redrawing over the attacker’s pixels.

“It’s crazy because it’s sometimes like a full out war,” Altschuler said. “That’s why you had to have these huge conglomerations of groups that were watching each other’s backs.”

One group the Marylanders got into a ‘war’ with over space for their blue crab art was a Gacha Games community, who in their own Discord server, said they wanted to ‘steam the crab.’

“I love that line,” Regotti said.

Wayman spent about eight hours negotiating with the Gacha Games community for space, she said.

“People were really angry for those eight hours,” said Wayman, who added that eventually Marylanders formed an alliance with the Gacha Gamers.

Different groups competing for space on the canvas would even send ‘diplomats’ into their competitors’ Discord servers.

“One thing I think we did real well is that after our conflicts, we made friends with the people we had conflict with,” Wayman said. “That was really good because it meant the conflicts didn’t rise up again and you had somebody to help you next time.”

Allies played a big role in Marylanders’ success on the canvas, Regotti said. Sweden and Maryland were allies on r/Place back in 2017, and the two groups decided to continue the relationship, he said.

“At night, Maryland would protect Sweden, like I was up until 2 a.m protecting the Swedish flag while they were asleep,” Regotti said. “But when they woke up, they defended us.”

In honor of the allyship, Marylanders placed five hearts at the bottom of their flag to honor Sweden and their Nordic allies, Denmark, Finland, Iceland and Norway, Wayman said.

The Marylanders on r/Place were active throughout the whole four days r/Place was available to edit.

The four day fight to create and keep their art was “mentally draining” and included “a lot of geopolitical tension,” Gu said.

“It was the most fun thing I’ve ever done, and I couldn’t have done it for another day,” Wayman said.