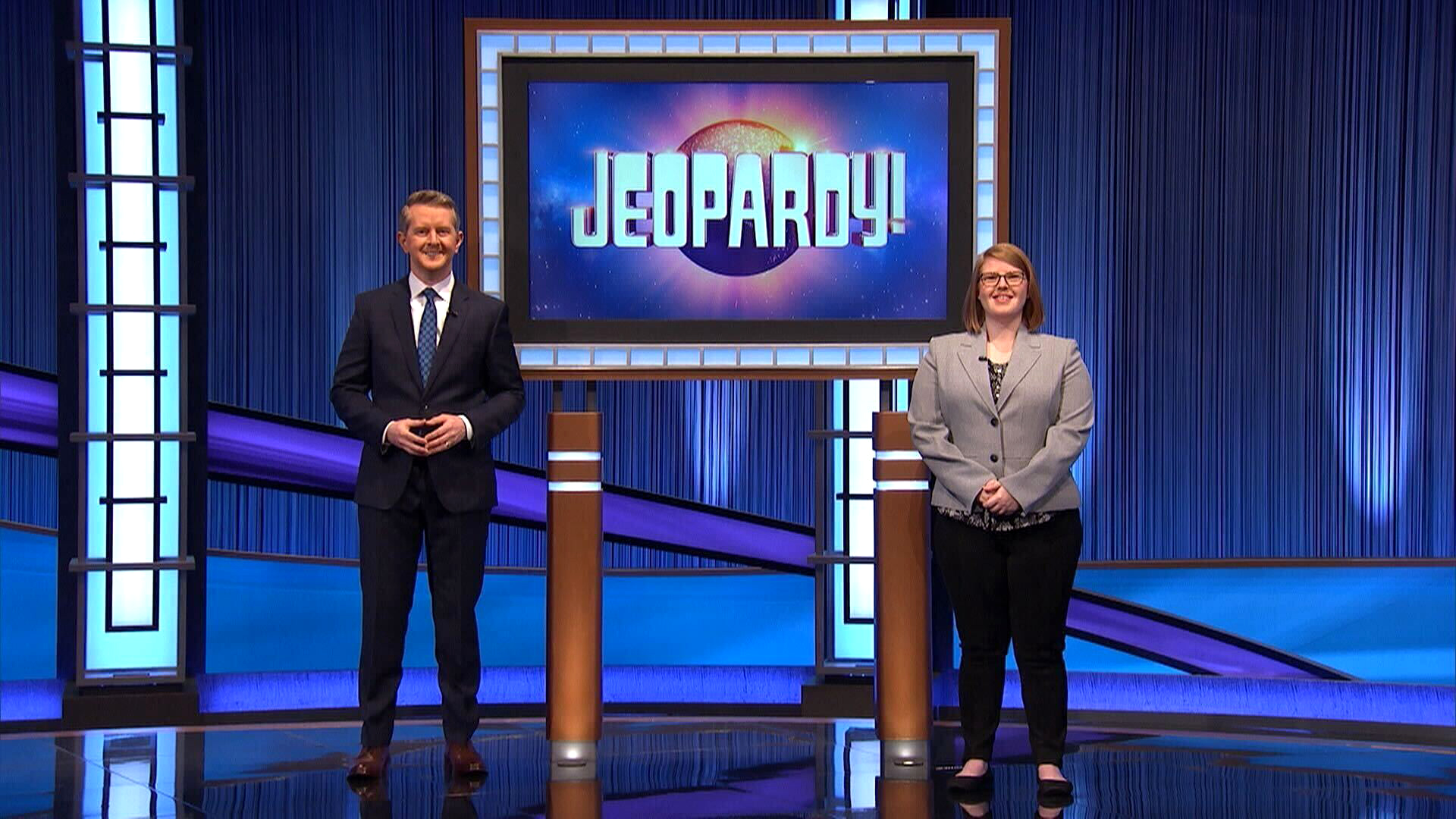 She’s in a trivia league. She goes home every Wednesday night to play trivia with her parents. On Christmas, she got a trivia calendar that her friend, Abby Bollinger, would quiz her on.

So when Donegan got the call back that she would compete on Jeopardy!, she achieved her lifelong goal and reached the dream of any trivia lover. The experience was surreal, she said.

“Honestly the whole day is kind of a blur,” said Donegan, a senior atmospheric and oceanic science major at the University of Maryland. “I can’t really remember the specifics, which I’ve heard is pretty common with people who compete on Jeopardy! because everything moves so quickly.”

Donegan won her initial episode and took home $27,601, but her run ended in the following episode where she played as the returning champion. Her episodes were filmed in January and aired nationally on March 24 and 25.

The journey to the Jeopardy! stage involved an almost two-year-long waiting period after a series of tests and Zoom audition in the fall of 2020.

[UMD student brings sports to underprivileged communities around the world]

Donegan had to get at least 70 percent of the questions right on her first online test before getting invited to complete a second one, this time on a video call to ensure she did not cheat. Finally, in the third round of auditions, Donegan went head to head with two other applicants in a mock game over Zoom, in addition to an interview portion to see if a contestant would be interesting on live TV.

After the in-depth endeavor, Donegan entered into the pool of applicants where she had to wait for a call inviting her to the stage. She said there’s a roughly 10 percent chance a contestant will get the coveted call to the ultimate trivia game show.

Yet she and her sister Kristin Donegan — a senior biology major at Carnegie Mellon University — both made it onto the show within months of each other.

Kristin received the call first last year in September and though Ciara said she felt proud of her sister, she also was jealous. That was, until she got her own call later in December.

Both Donegans grew up engaging in different types of trivia quiz games throughout middle and high school. They also made it to the televised “It’s Academic” game show during high school, making them more confident being on Jeopardy! for the first time.

Knowing how heavily involved Ciara has always been with trivia, Bollinger, a senior civil and environmental engineering major, wasn’t surprised to see Ciara made it to Jeopardy!

“She’s intense about it,” Bollinger said. “It was actually on her birthday that she got a callback, so her 21st birthday … she got a callback and she came out from her room and was like ‘Guys, I got an interview for Jeopardy!‘ and she was super excited about it.”

Following Ciara’s filming in Los Angeles in January, her sister picked her up from the airport and they commiserated together during their half-hour ride home on the shared experience on the show. They giggled over the weird little quirks that only others who went through the ultimate trivia game could talk about.

[Made By Mide: UMD student cooks up affordable meals in delivery business]

One such quirk, Kristen said, was the snack breaks outside that people had to take in these little dots to keep people socially distanced because of COVID-19.

“It was funny to just talk about those tiny things in addition to you know the big overarching things about our experiences on the show,”Kristen said.

The Donegans worried about a possible sibling rivalry that might commence because of the show — but since they appeared at different times and the fact they each won one episode dismissed those concerns.

However, Bollinger said she saw a tweet stating Ciara answered one more question than her sister did in their winning episodes. It quickly became a running joke, Bollinger said.

“Kristin got 41 right and Ciara got 42 right,” Bollinger said. “So it’s really playing into that her Jeopardy! experience is becoming a sibling rivalry and like Twitter is going on with that.”

When Ciara’s first episode aired in late March, her family, friends and fellow members of the Gamer Symphony Orchestra that Ciara directs at this university, hosted a watch party in the Charles Village Pub in the Donegans’ hometown in Towson, Maryland, Bollinger said. She said every TV in the bar had Jeopardy! on. Every time Donegan answered a question right, the whole crowd screamed.

Donegan said she encourages everyone to take the Jeopardy! test and ensures it is not as intimidating as it looks.