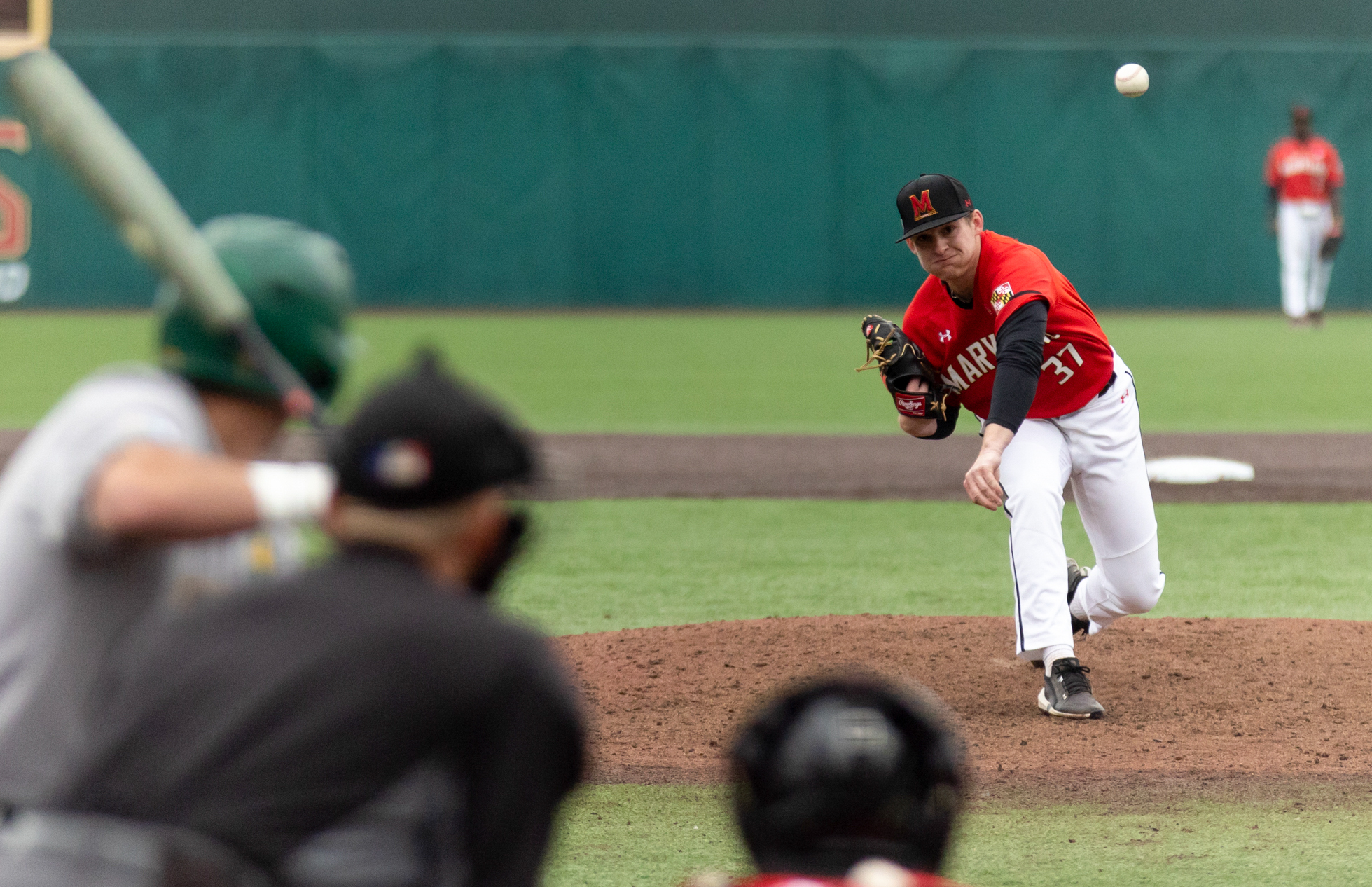 The Terps took two out of three games against Minnesota. That’s good enough for a series win but for Maryland baseball, conference sweeps may be necessary to earn a host spot for the NCAA tournament come May.

The Terps haven’t taken a conference series so far — they’re 4-2 in their last two series against Penn State and Minnesota. Against familiar but lowly rated national competition in the Big Ten, Maryland will need to do better.

The conference ranks eighth in RPI, well outside the power-five standard that has been set in other sports in the Big Ten. The Terps will need to dominate in a conference that is largely front-weighted in RPI with two top-40 teams and eight teams outside of the top-120.

Maryland, currently tied for third in the conference, holds a 25-7 record nearing mid-April. Its record is impressive, but with mainly conference games coming up, including a home series against Ohio State this weekend, the Terps still sit on the fringe of the top-25.

If it weren’t for two plays — a passed ball resulting in the winning run for Minnesota on April 10 and a controversial call that punched out Chris Alleyne with two runners on for the final out before extra innings against Penn State on April 2 — dominating in-conference wouldn’t be a problem for Maryland.

“[Hosting] really doesn’t [sit on my mind]. I know it probably should, but the reality is we just go out and try to win that game [against Minnesota],” coach Rob Vaughn said. “We can’t start thinking, ‘Oh, if we do XYZ, if we do this, if we do that.’ That’s a recipe to go on a tailspin because you start to worry about stuff out of your control.”

But to host, the Terps will need to minimize their mistakes. Big Ten teams don’t tend to host as often as teams in other conferences do — the last Big Ten squad to host was Minnesota in 2018.

That Golden Gophers team went 44-15 overall, 18-4 in-conference and swept two three-game conference series that season. This Maryland team could head in that direction if it can avoid bumps along the way.

Vaughn believes this team has sky-high potential, and its total success so far has hinted at that.

“There’s a difference in being a really good team and a championship-level team,” Vaughn said. “This team can be a championship team. We’re just not there yet.”

The 2022 Terps squad is likely an NCAA tournament team with how they’re currently performing. But how they perform deeper into their conference slate will determine whether this team fizzles out early or makes history according to their development.

Given the Big Ten’s competition, if Maryland wishes to take the next step and to host, dominance is likely not only recommended, but required.

“If we’re good enough to host, we’ll host,” Vaughn said. “If we put up a resume that the committee thinks is good enough, that’s great. If we don’t, then we don’t.”

There’s still plenty of season left, and it’s difficult to make predictions early. But there’s plenty of time for players such as Matt Shaw and Bobby Zmarzlak to hit their stride after statistically regressing from last season for the first half.

If they can and the squad can be more consistent offensively, especially given Nick Lorusso’s emergence, Vaughn’s claim may come to fruition.

But to snatch a historic hosting spot, things will need to fall for a unique Maryland squad in conference play in order to attain the next step for an emerging program.