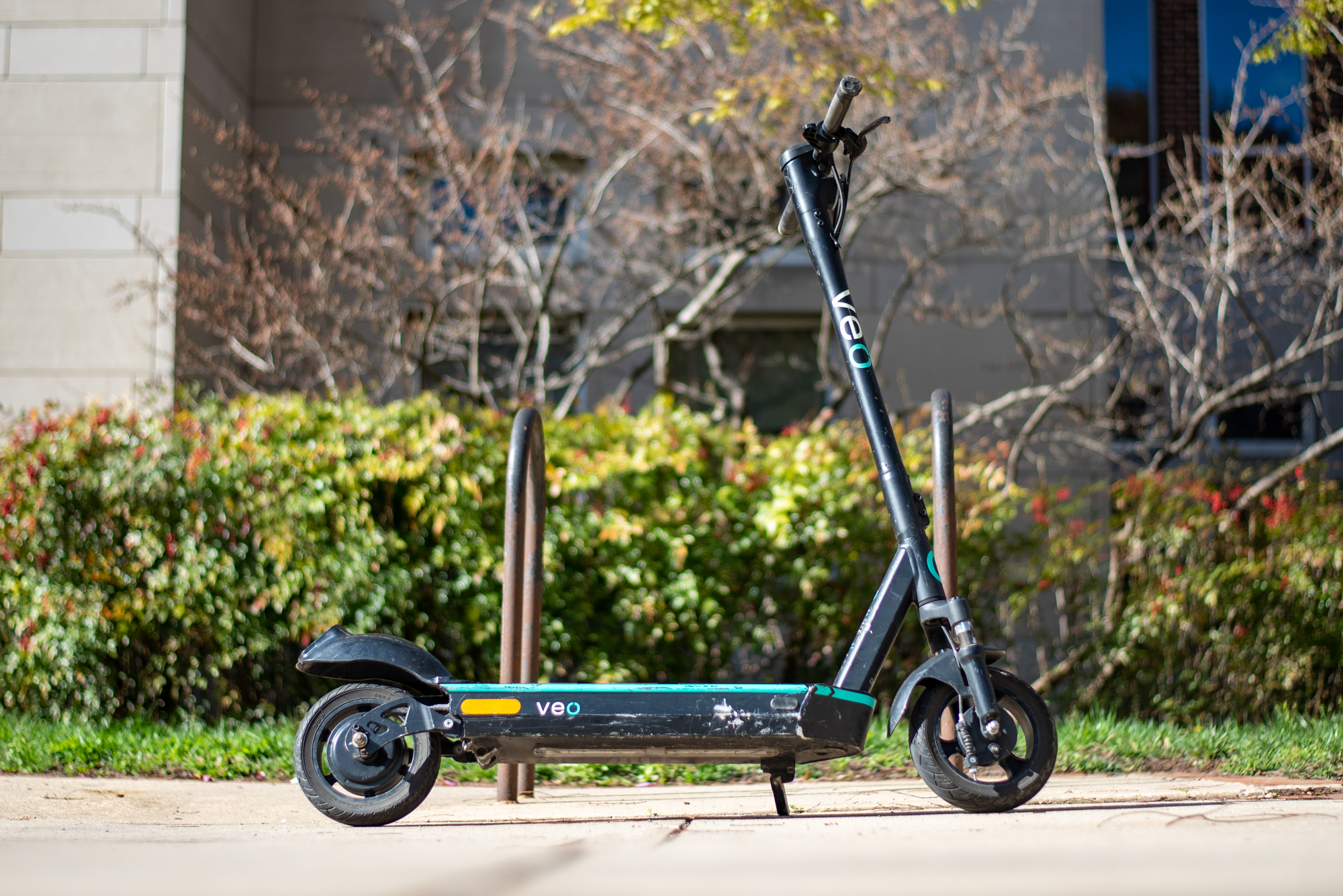 The College Park City Council discussed approving a new three-year contract with VeoRide that would extend the city’s partnership with the company and enforce proper parking of scooters and bikes.

The city first launched its VeoRide pilot program in 2019, but couldn’t finish due to the COVID-19 pandemic and have continued to push negotiations for the three-year contract since September 2021.

The contract is designed to solve a main concern council members had about the electric scooters and bikes that VeoRide provides: Vehicles were being left in improper places and impeding accessibility. The “dockless” approach the pilot program took needed to be rearranged in the contract, said District 3 council member John Rigg.

“It was a little out of the Wild West,” Rigg said, citing examples of VeoRide users leaving the vehicles in residents’ front yards and even throwing them in the river.

If the new contract is approved by the city council, geofencing technology, which tracks riders’ location, will not allow users to end their ride until they leave the vehicle in a designated parking hub.

Megha Sevalia, the University of Maryland’s Student Government Association liaison to the city council, said she worried that being forced to use parking spots for the VeoRide vehicles will make the service less accessible for students, especially after seeing the map of where parking spots are located presented in a council work session.

“It was pretty apparent that there weren’t that many parking spots, and some of them you have to go like a couple of blocks over, like a significant amount of distance over, before you get to an accessible parking spot,” Sevalia said.

Sevalia said she hopes the city will look to add more parking hubs “as soon as possible.”

Though Rigg recognized that users leaving vehicles anywhere they choose was not an effective approach, he said he agreed that College Park should increase its proposed number of parking spots.

“I hope that our residents will find it useful and usable. And I hope that the city can work with VeoRide to establish additional parking areas in places where they’re responsible and appropriate to have them, enough to where it can meet the demand for the services,” Rigg said.

VeoRide will also move vehicles around at least once per day to rebalance parking hubs, according to the contract. The city can also issue $35 fines to the company for parking violations if a misplaced vehicle is not moved by the company within two hours of being reported.

“I appreciate VeoRide looking into the accountability part of it, ensuring that those bicycles will be taken off in a prompt manner,” said District 4 council member Denise Mitchell, who added that she thought the new contract left the partnership in a “much more positive position.”

The City of College Park received a $54,000 grant from the state to upgrade parking hubs and provide additional spaces for users.

The city council will vote on the contract during its April 12 meeting.