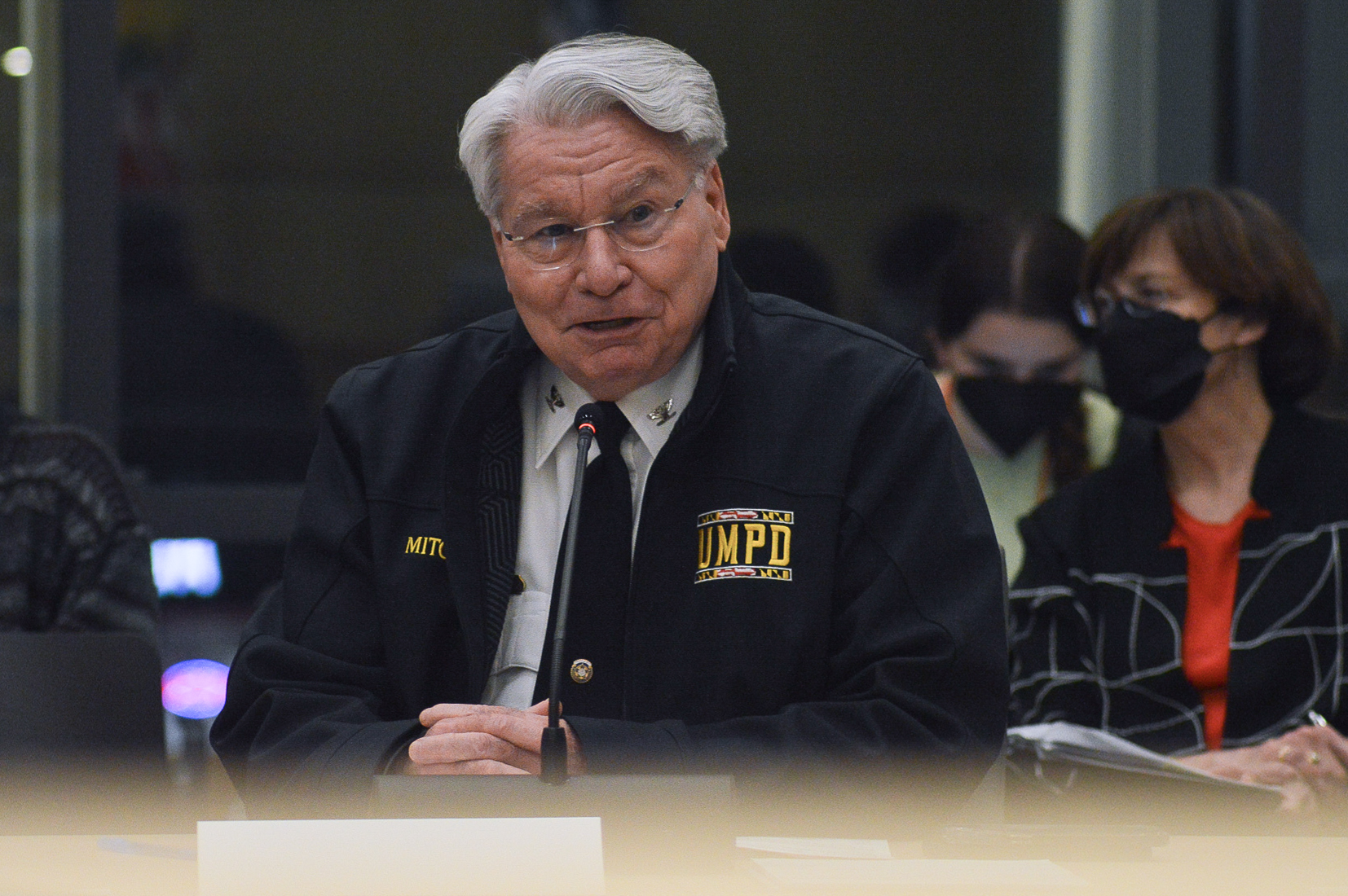 University of Maryland Police Chief David Mitchell requested that the city of College Park help fund live surveillance of 22 cameras to improve the city’s safety during a presentation to the city council Tuesday.

Two years ago, the city council voted to cut funding for live monitoring for the 2021 fiscal year due to a lack of data to warrant the cost of the monitoring, but the council restored the surveillance for one more year to identify gatherings that violated COVID-19 restrictions.

There has been no off-University of Maryland campus live monitoring in place since July 1, 2021.

Mitchell asked the city to reconsider the funding cuts and fund live monitoring for 22 cameras, which would cost about $132,5002 for the fiscal year 2023, or $504 per camera per month.

“We’ve had so many successes with live monitoring of city cameras,” Mitchell said.

Some city council members voiced concerns UMPD had not shown enough data to warrant live monitoring, echoing their reasoning for voting against the funding two years ago.

Cameras located on the campus are currently live-monitored by staff in the police department’s Security Operations Center.1 Off-campus cameras are not observed in real time, but are still recorded.

“Places that are monitored make people feel safer, and they do have a deterrent effect. They help detect suspicious activity in real time,” Colella said. “And when something happens, it enables us to respond very rapidly.”

The camera locations proposed for live monitoring are in the “very highest pedestrian areas” of the city, Colella said, in downtown and along the route to the College Park Metro Station.

“I have supported, in the past, the cameras,” said District 1 council member Fazlul Kabir. “I don’t think we actually see the data. And that was the gap we have between you and us. We have been asking for data, data, data.”

Mitchell cited an instance in the past where the live monitoring allowed officers to be called to stop a sexual assault in progress “right across the street” from city hall.

“What we need are more data points,” Kennedy said. “And some of that can be anecdotal, I get that, but it has to also include some actual numbers that help us sort of figure out what that is.”

Mitchell said the lack of data is partially caused by the fact that many of the cameras were not working properly.

Until recent months, 13 of the cameras were broken, according to city manager Kenneth Young. Since then, all of the cameras have been replaced by the city.

“It is vital to addressing things before there is a tragic situation or things get well out of hand,” Esters said.

Maria Mackie, a council member from District 4, also supported the funding, noting the cameras are tools to deter crime in College Park.

“Our officers put their lives on the line every day,” Mackie said. “And we’re giving them tools to do their job and to do it better.”