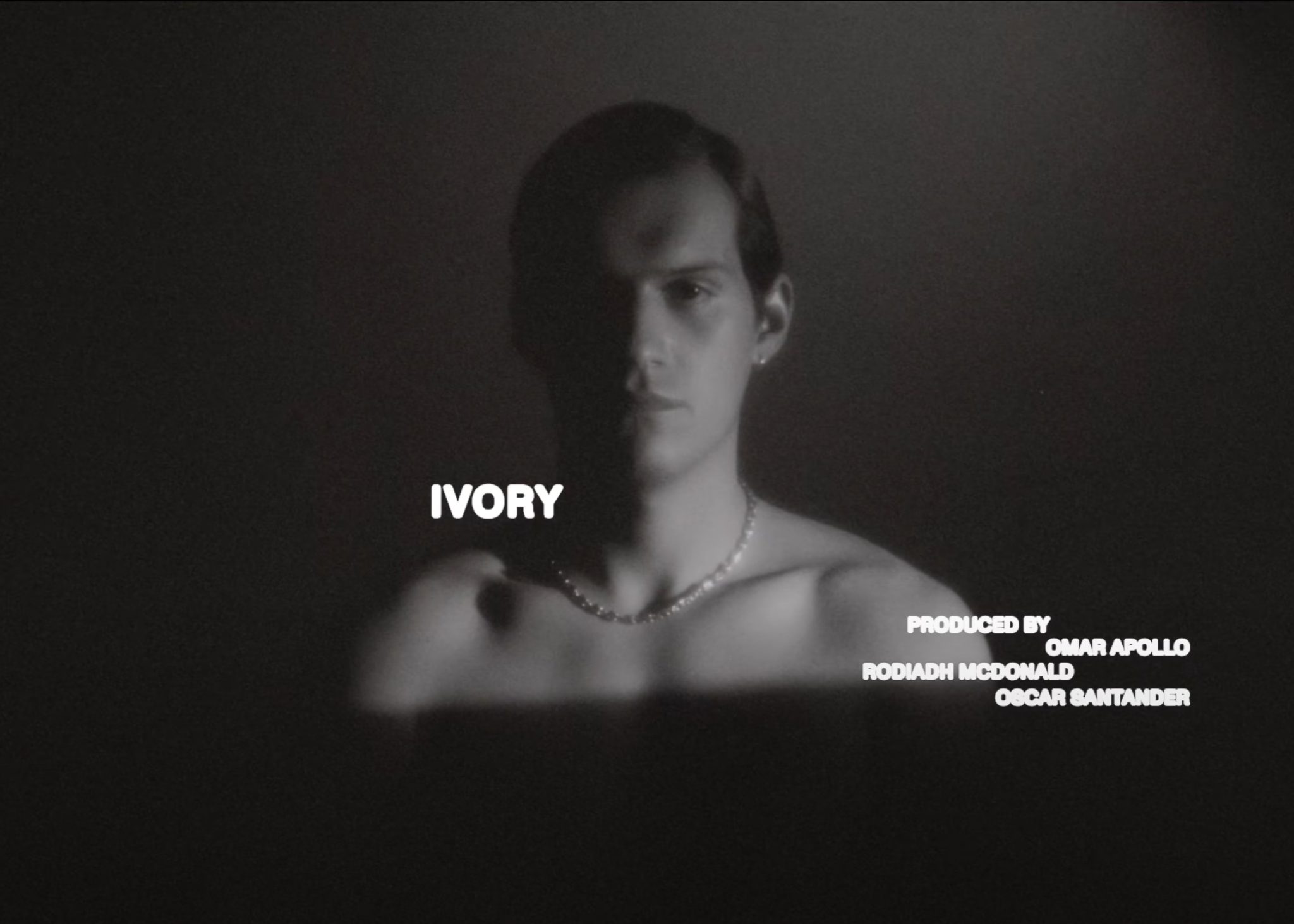 If you haven’t heard of Omar Apollo, you need to open your music-playing app right now and turn on his incredible debut album Ivory, which was released on Friday.

Apollo worked with other brilliant minds on this project, and if you like their music you’ll definitely like his. He featured big-name artists such as Daniel Caesar and Kali Uchis on two of his tracks, and he also had the help of producers such as Pharrell Williams and Chad Hugo on singles such as “Tamagotchi.”

Apollo uses Ivory to flaunt all he has to offer as a musician without letting go of his sound and identity.

The album starts with a short intro track with the same title as the album, “Ivory.” Apollo starts acapella, building dreamlike chords that make you feel like you are entering his world. Instruments slowly join the song about 30 seconds in, strumming basic chords that begin the building of the album.

[Luna Luna, Dent May and Pearl & the Oysters fill DC9 with dreamlike charm]

It jumps immediately into “Talk,” with the rock ’n’ roll sound of electric guitar and slightly fuzzy vocals that remind me of Apollo’s origins in what many call “bedroom pop,” involving music produced in bedrooms — or made to sound like they were.

The beginning of his album feels more upbeat until it slides into “Invincible (feat. Daniel Caesar)” which is more reminiscent of Caesar’s classic sound. Apollo shows off his featured artist by having Caesar’s vocals start the track, which is a choice I rarely see in songs with featured artists. Apollo enters to sing the second verse, and his music style and vocals fit in firmly with Caesar’s, making this collaboration feel meant-to-be.

Apollo’s indie start originated with his first EP, Stereo, in 2018. He quickly followed it with a second EP, Friends, in 2019 and Apolonio in 2020. Apollo was then signed to Warner Records for his debut album.

As seen by his heavily packed discography, Apollo’s rise to fame has been in the works for a while. In an interview with Variety, he told them about his origins and how he asked a friend for $30 to upload his song “Ugotme” on Spotify in 2017.  Five years later, he is now nearing five million monthly listeners on the platform.

Apollo’s identity also plays into the music he writes. As a queer Mexican-American, Apollo sings about his sexuality in previous releases, such as “Bi Fren.” He also often writes songs where he glides in between singing in English and Spanish, which further complexifies his unique sound.

Apollo shows how his songs are entirely written with intention in the groovy single “Go Away.” He displays the irony of the track title and the lyrics as he sings in the chorus, “I just don’t see you enough / I wish I saw you enough.”

This song is followed by my personal favorite on the album, “Waiting on You.” Acoustics carry this song, with a muted guitar and percussion and silky chords backing his vocals. In many of his more upbeat songs, Apollo uses effects to give his voice more edge. However, in this track, he features his natural voice, which serenades the listener but also reveals how his vocals are filled with forceful grit.

He further shows the power of his voice in the big highs and lows of  “Petrified.” Apollo bellows lines in the bridge such as “I believe in making up / And I believe in what I fear” and then immediately backs off to whisper “Lately I’ve been able to see more clear.”

Apollo ends the album perfectly with “Mr. Neighbor.” Just like how the first track of the album drew you into his world, this track signals he is sending you back to reality. The full-feeling instrumental makes your brain feel like it’s being untied and set free.