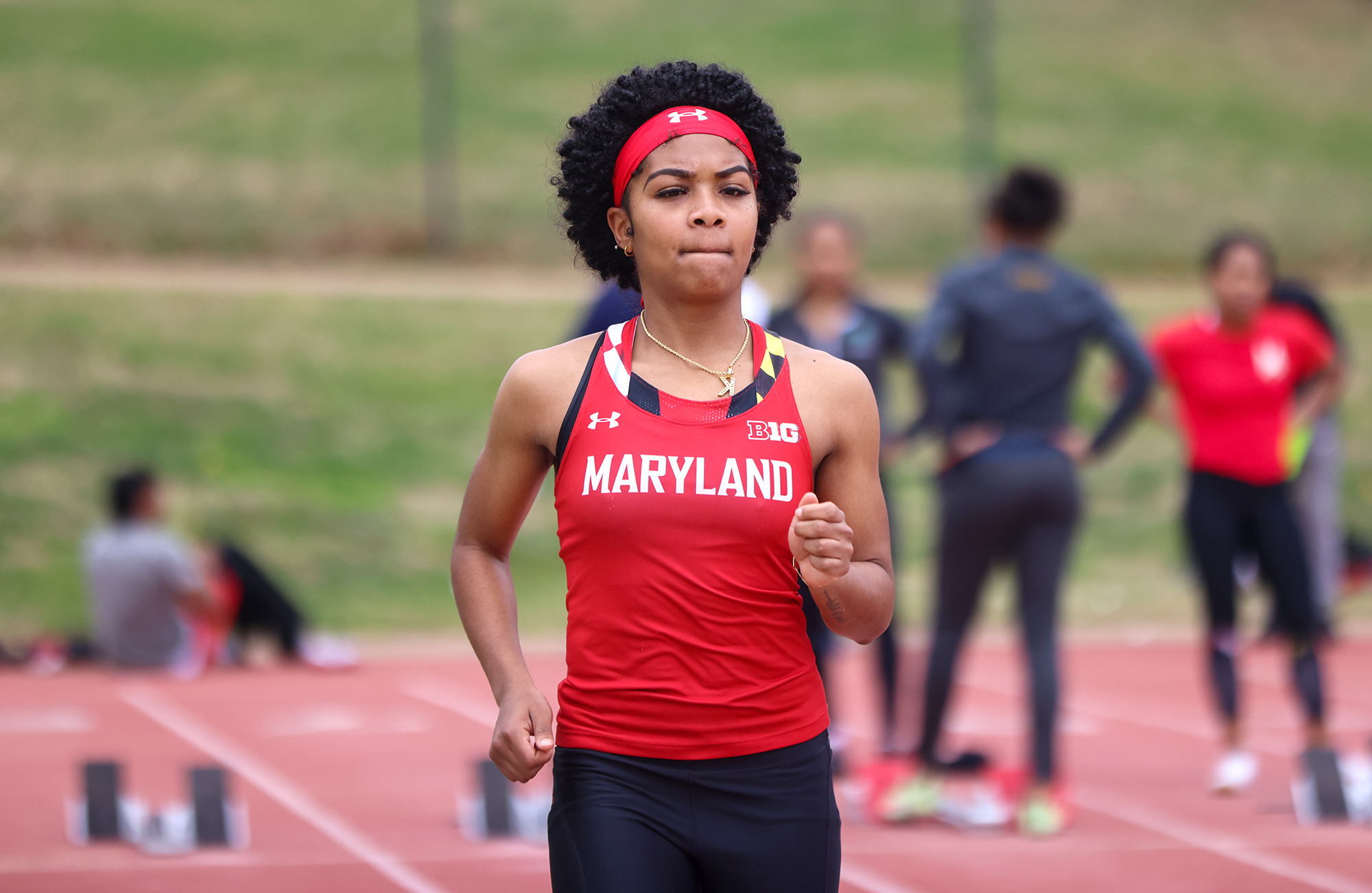 Fighting severe wind and cold weather On Saturday in Greensboro, North Carolina, Ariana Ealy-Pulido lined up alongside her sister to run in the women’s 100 meter hurdle final.

She worried how the elements would impact her ability to clear hurdles and run a good time. But as she leaped over hurdle after hurdle, Ealy-Pulido didn’t feel the effects of the weather. She crossed the finish line in 13.70 seconds, the best time for a Terp in the event in program history.

“All the work that I have put in finally paid off,” Ealy-Pulido said. “Looking at the rankings in the Big Ten, I’m in like the top-10 right now, so it’s definitely given me a confidence booster. It allows me to know … that I can place pretty high.”

Senior Chelsey Cole earned the top finish for any Maryland competitor. Her 12.17 meter jump in the women’s triple jump won first place in the event.

It was her second first-place finish in the triple jump in 2022, also claiming the top spot at the Penn State National Open during the indoor season.

It was the first time ever that that group of four runners competed in the women’s 400 meter relay together.

“That was pretty good for us because we hadn’t had a lot of practice, and we haven’t had an opportunity for practice with those events because of the weather,” coach Andrew Valmon said. “I was really happy that we were able to cleanly get the stick around.”

Ariana Ealy-Pulido set the program’s top mark in the women’s 100 meter hurdle finals after qualifying for it in the event’s prelim, one of the day’s first races. She finished second in that, too, with a 13.81 second time.

In between, she did what Valmon calls “active recovery”. It consists of a light jog to cool down, followed by some rest and then a condensed warm up for the final race.

Not feeling any fatigue going into the finals, her time improved by over a tenth of a second to break the record.

Kattiana Ealy-Pulido also ran in the prelims. She finished ninth, not enough to advance further.

In a list of top performers dominated by upperclassmen, two freshmen made their way near the top of their events. Matthew Bigelow took home second place in the men’s pole vault with a top effort of 3.80 meters, and Kiaeem Thomas finished ninth in the men’s high jump with a best of 1.90 meters.

“The strength for us has always been the field,” Valmon said. “Chesley Cole’s been pretty consistent all year. Kiaeem came off ankle surgery so it’s good that he’s healthy. Matt Bigelow’s young and it’s going to take a lot … so the more consistent he can get like that, winning the meets, second third, the better we’re going to be overall.”