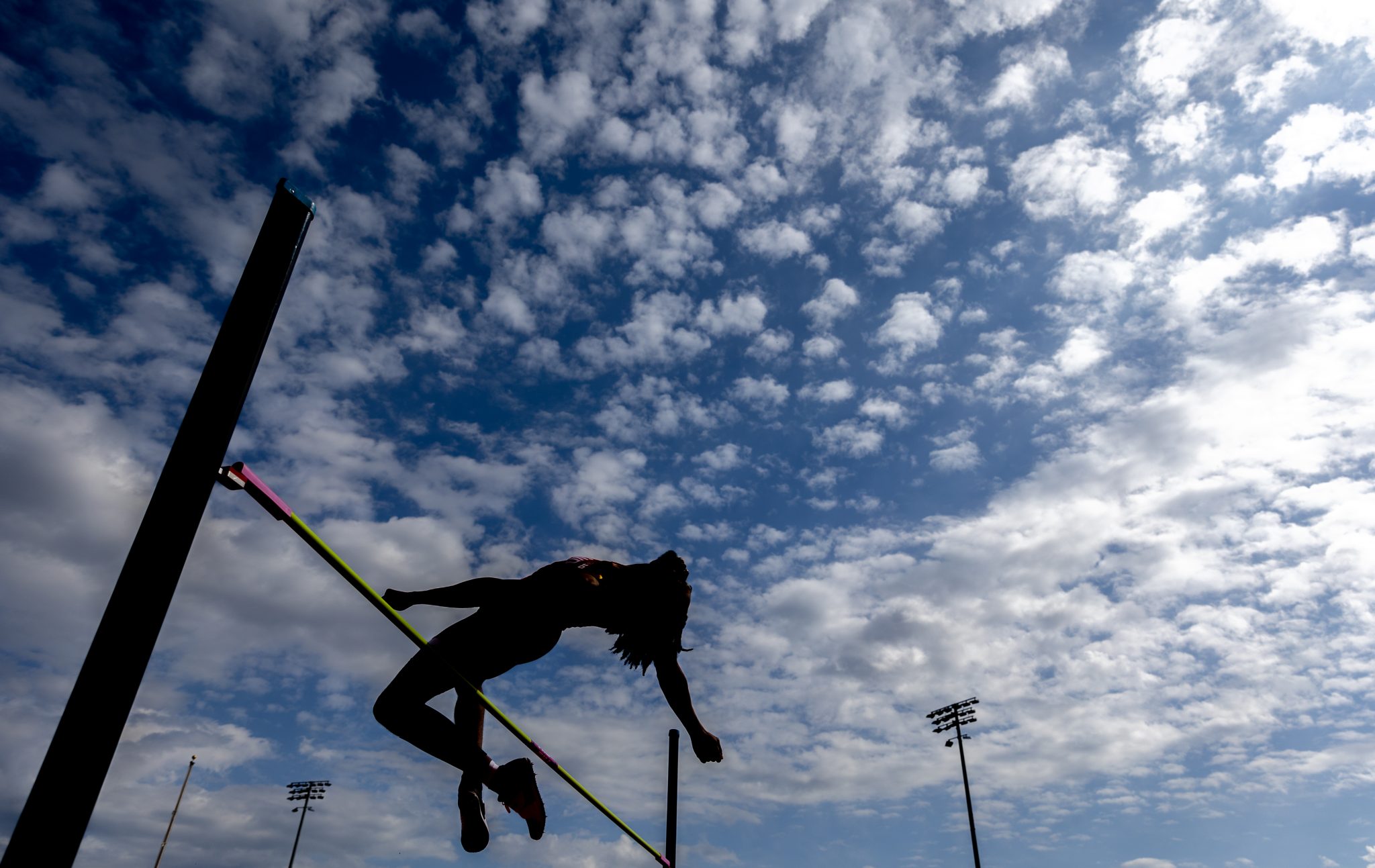 A Maryland track and field high jumper leaps over the bar during the Maryland Invitational on Saturday, March 19, 2022 (Julia Nikhinson/The Diamondback)

At home in the Maryland Invitational last month, Maryland track and field competed against a field made up of lower-level schools like Morgan State, UMBC and Coppin State, among other local foes.

Last week in split-squad meets at the Raleigh Relays and UCF Invite, the Terps again faced smaller Division I programs.

At the Florida Relays this weekend, Maryland was among the most competitive fields it will see all season. Still, against a field of some of the premier track programs that the SEC and ACC have to offer, Maryland earned five top-10 finishes including one top-three performance.

The junior sprinter raced to a second place finish in the men’s 400 meter hurdles Friday night. The lone podium finish of all of Maryland’s top-10 efforts, Dean’s time of 49.78 seconds was just one hundredth of a second behind his time in the same event at last season’s Big Ten championships.

Dean finished ahead of runners from Georgia, Tennessee, Kentucky and Alabama.

“For him, it’s the next step,” coach Andrew Valmon said. “It’s what falls in line with once you’re an NCAA All-American, that’s the competition you are seeking.”

Six other Terps left the weekend with new personal or season-bests in the third meet of the outdoor season.

Brandon Turpin set a new personal best in the 400 meter hurdles — the same race where Dean placed second — with a 54.52 split.

Other top efforts came courtesy of Jeff Kline, who doubled up and competed in the men’s shot put and discus Saturday afternoon. He placed fourth in the shot put with a 17.21 meter top throw.

Action was suspended early Saturday afternoon due to heavy rain in Gainesville. Maryland’s coaches and athletes regrouped back at the team hotel.

“We were just trying to keep everyone in one piece,” Valmon joked. “I think our kids handled it well. That’s what track and field’s like because you can’t control the weather.”

Chelsey Cole placed seventh in the women’s triple jump with a 11.82 meter top jump, and the Ealy-Pulido’s again raced in the same event and finished with nearly identical times. Kattiana earned a top-10 finish with a 14.02 second run with Ariana coming just behind her in 11th place with a 14.04.

“That was good for our kids,” Valmon said regarding the level of competition they faced. “It was key to get in that kind of atmosphere.”