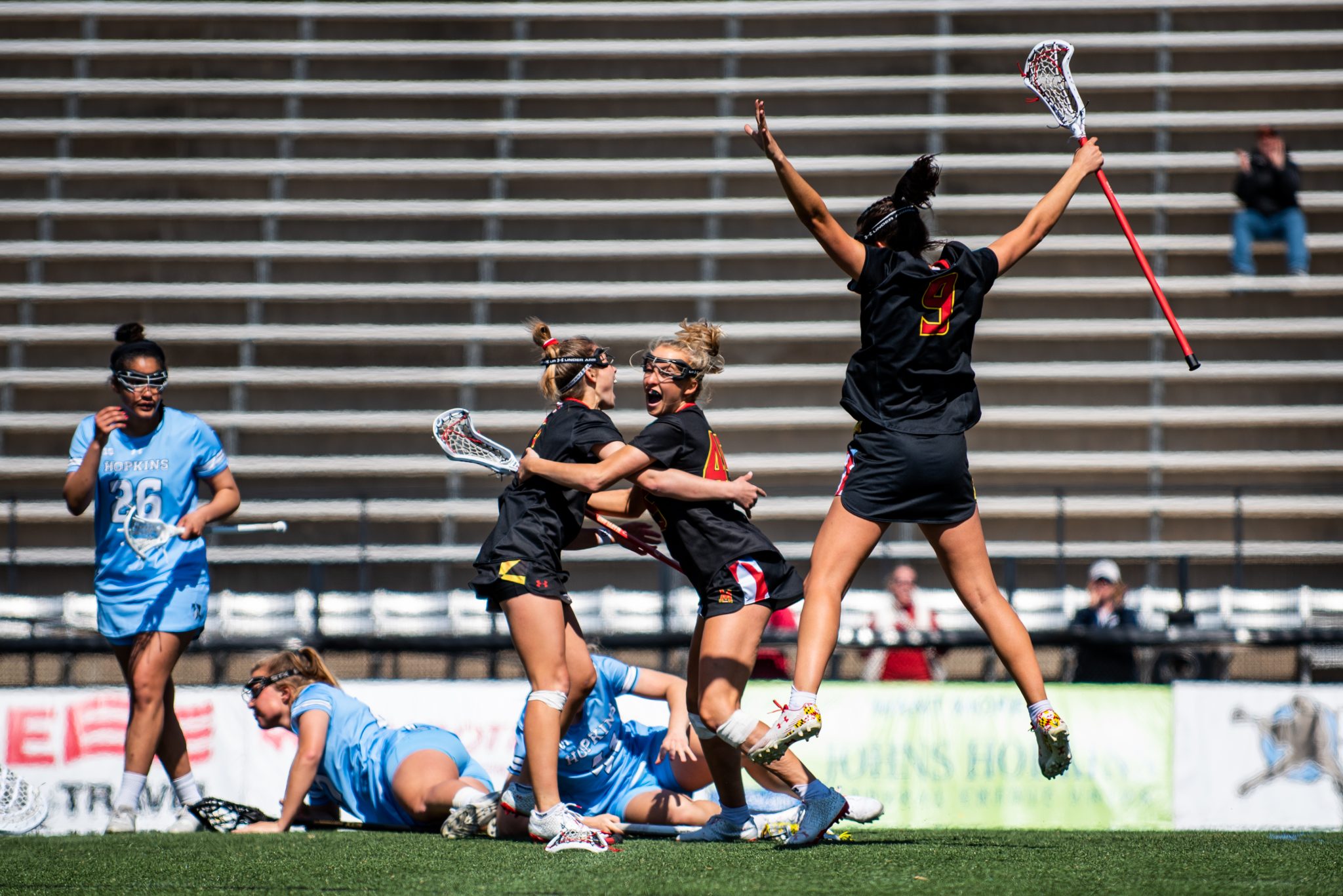 Abby Bosco collected the ball from her teammate and flew down the field, outpacing all of her opponents. She made it to the offensive end and launched the ball into the net to score the final goal in Maryland women’s lacrosse’s win over Johns Hopkins.

“It was so exciting,” Bosco said. “That’s something we practice in practice all the time so it was exciting to see it through.”

Maryland became the first women’s lacrosse program to reach 750 wins after its assertive 17-6 showing over Johns Hopkins — and the winningest team isn’t slowing down anytime soon.

For players on the team, being able to contribute to the success of the program is a great feeling.

The close-knit bond between the players, the experience of competing alongside “your best friends” and the opportunity to inspire the next generation of lacrosse players make it one of, if not the most remarkable team in the nation.

“Maryland is such a dynasty,” Libby May said. “I think so many little girls grow up wanting to play for Maryland because it’s such a family, it’s such a powerhouse.”

In its record-setting win, Maryland showed off its depth and flexibility on the field.

The Terps had 10 different goal scorers, their most since their opening matchup against Saint Joseph’s, where 11 players found the back of the net. Even with a season-low two assists compared to its average of 7.18 assists per game, they still found plenty of opportunities to score.

Goalkeeper Emily Sterling had a season-high 12 saves, helping her team limit the Blue Jays to only six goals. Maryland has limited its opponents to single-digit goals in eight of its 11 games this season, averaging 7.45 goals allowed per game.

“Defensively, the importance of being able to communicate, to play together, to have each other’s backs, is crucial to our success,” coach Cathy Reese said. “The way that these guys have rebounded and come together has been really awesome.”

With co-captain and key defender Torie Barretta out for the rest of the season with a torn ACL, the Terps had to make adjustments on Saturday to stay in control on defense.

Junior defender Aiden Peduzzi got her first start of the season to replace Barretta. But it was tough in the beginning of the game without the co-captain on the field leading the defense, Reese said.

In the second half, Maryland found its stride defensively and limited Johns Hopkins to only one goal, showing the team’s ability to roll with the punches.