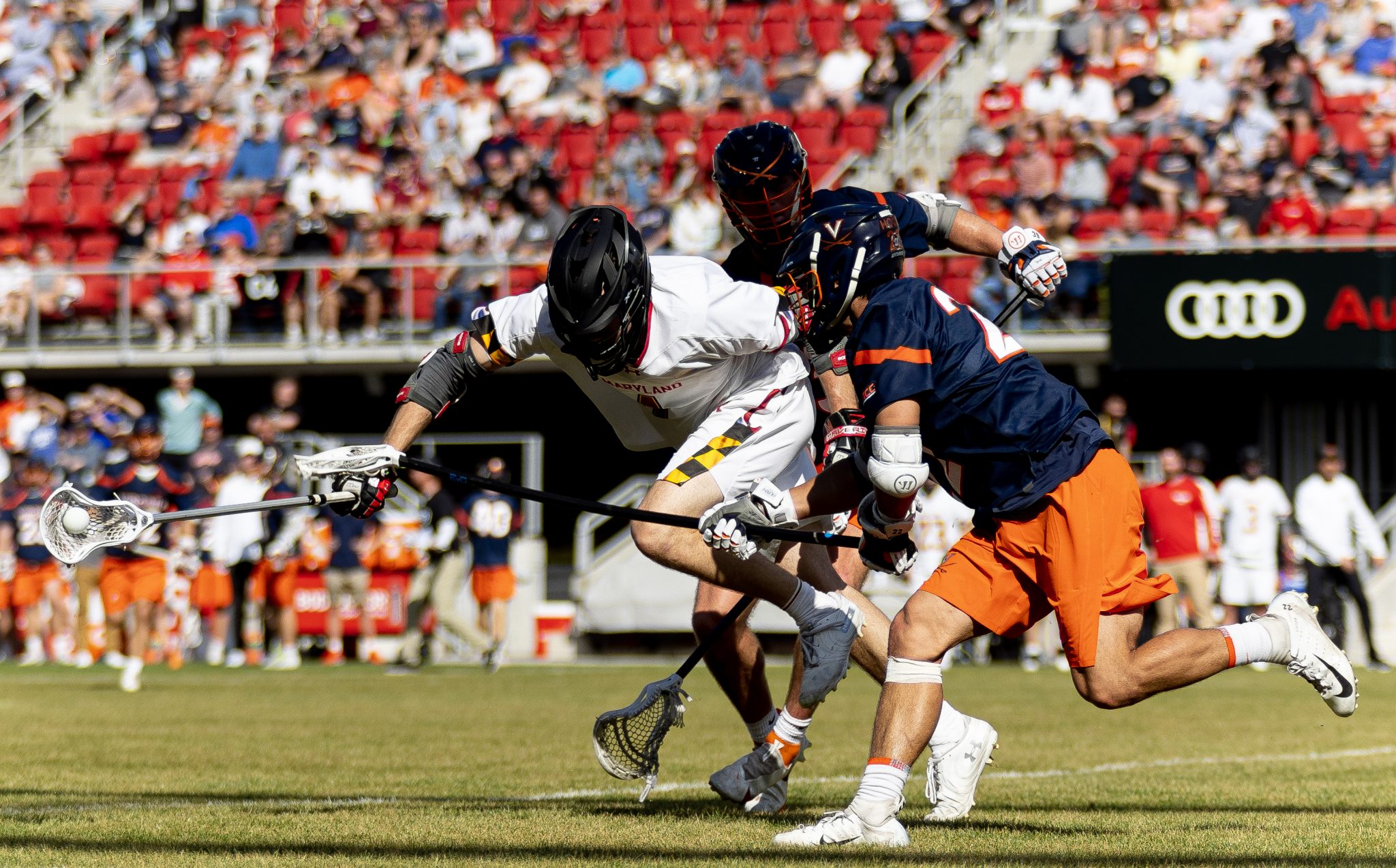 A lapse in concentration halfway through the first quarter saw both Alex Smith and Anthony DeMaio cross the midfield line, resulting in an offsides call and the Terps’ first failed clear of the day.

Michigan quickly capitalized on the error. Michael Boehm scooped up the ball and fired a smart pass to Josh Zawada right in front of the net, whose finish gave the Wolverines a 2-1 lead.

While No. 1 Maryland men’s lacrosse was able to outscore Michigan in every quarter to ease its way to a comfortable 20-12 victory, mistakes like the failed clear happened far too often for coach John Tillman’s liking.

“I just didn’t feel like at times we played as smart as we could,” Tillman said. “And the reason I say that is we just have a lot of veteran guys, and at times today we just got a little sloppy.”

[No. 1 Maryland men’s lacrosse strolls to comfortable 20-12 win over Michigan]

The Terps failed five clears throughout the game, the joint most they’ve failed all season.

Maryland’s second lowest clear percentage came against Syracuse, when the Terps cleared the ball 80 percent of the time.

“We did some things that were head scratchers,” Tillman said. “We failed five clears, to clear at [67] percent, and they didn’t even pressure ride us, that’s disappointing. A lot of penalties, that was disappointing. Some of those penalties and failed clears lead directly to goals.”

Four different Maryland players combined to commit five penalties, the joint most the Terps have committed all season.

Maryland’s offense got to the 20-goal mark for the fifth time this season against the Wolverines, showing its versatility in the variety of different ways Tillman’s squad got on the board.

Tillman was satisfied with the offense and defense in settled situations, but thinks the man-up and man-down units can improve.

“I think some of the specialty stuff we got to be better at,” Tillman said. “We weren’t great on the man up today, especially when we’re just one man up. And then a man down, I think our guys are prideful enough to feel like they could have maybe stopped a couple of those.”

Maryland will hope to see improvement ahead of a matchup at home against No. 5 Rutgers next week, arguably the toughest challenge the Terps will face during their Big Ten schedule.

Despite Maryland’s poor decision making at times, Tillman was proud of the Terps’ effort in their win against Michigan, as they hope to clean up heading into the latter stages of conference play.