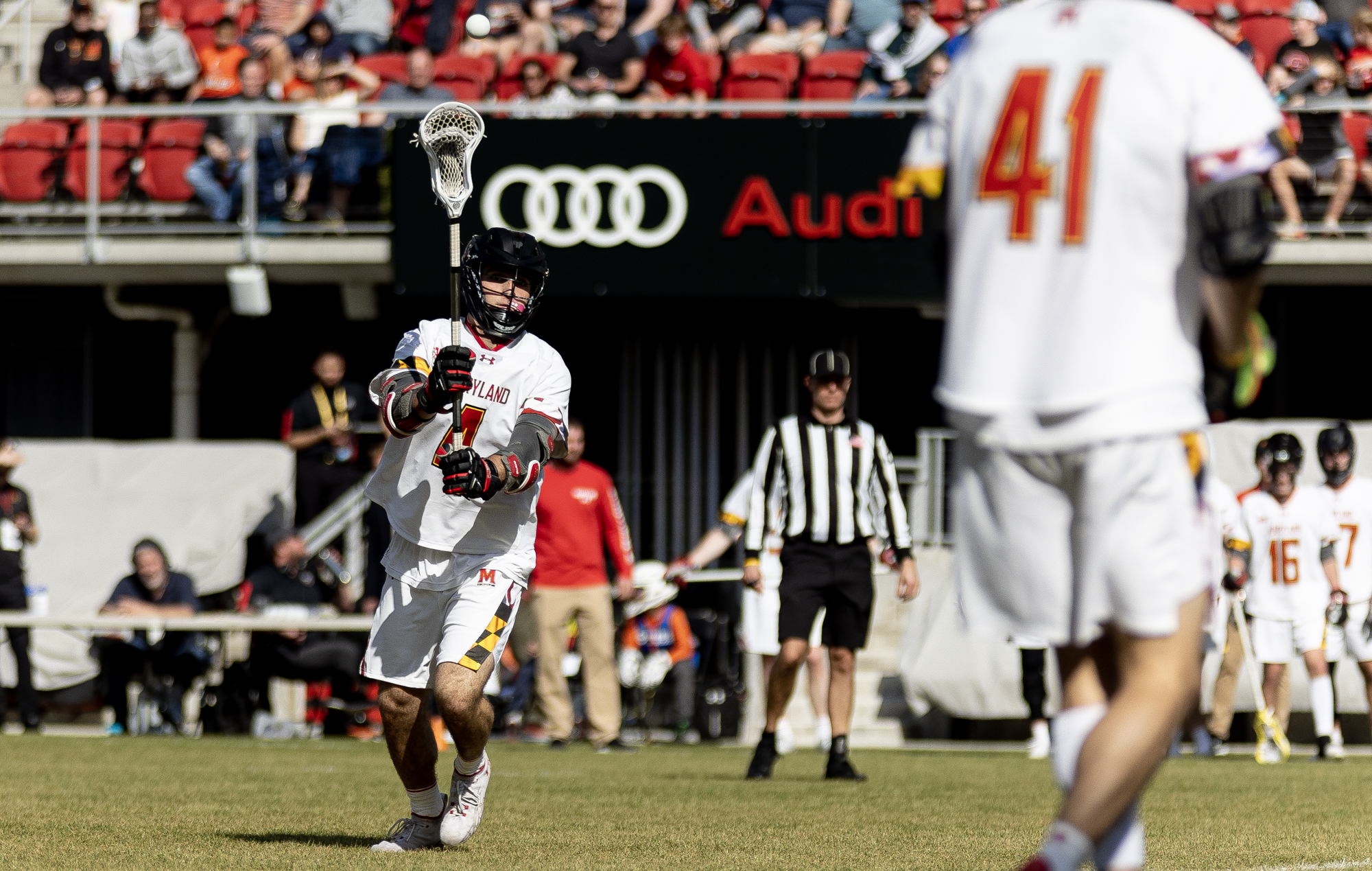 Eric Malever stutter-stepped and quickly juked past his defender before wrapping around the goal and quickly firing a shot into the back of the net.

The attacker’s third goal was a big part of a dominant 13-0 run Maryland men’s lacrosse used to pull away from Penn State in its first Big Ten game of the season, propelling the Terps to an assertive 18-7 victory.

It was the Terps’ 20th-straight regular season win, helping them remain the lone undefeated team in the country this season.

Maryland has outscored opponents by an average of 8.88 goals per game so far this year, defeating five ranked opponents as the Terps have become the unanimous No. 1 team in both the Inside Lacrosse and USILA polls, receiving all first-place votes in both polls.

Despite Maryland’s early success, keeping his team grounded has been something coach John Tillman has focused on all season.

“After the Loyola game I bought three packages of rat poison and put it in our locker room. They’re still in there,” Tillman said. “And I sent them the Nick Saban clip of him talking about the rat poison.”

Tillman said the rat poison — a reference to Alabama football head coach Nick Saban’s description of the impact and effect that media and attention can have on players — is a reminder for the team to remain focused.

The Terps have received plenty of praise in recent weeks, especially following their demolition of No. 2 Virginia at Audi Field.

“When you’re doing well, people will sensationalize things, and guys, they have their phones all the time. It’s hard to stay away from that,” Tillman said. “So you’re never really as good as people say — you’re never as bad either.”

Maryland is aiming to continue its winning ways against Michigan Saturday, a team which lost its opening Big Ten matchup against Johns Hopkins last week.

Faceoff specialist Luke Wierman will be at the center of a key battle at the faceoff X against the Wolverines’ talented duo of Justin Wietfeldt and Nick Rowlett.

Wierman ranks second in the nation in faceoff percentage and was named Big Ten specialist of the week for the fourth time this year this past week after winning 16-of-21 faceoffs and scoring a goal against Penn State.

Wietfeldt and Rowlett rank fourth and 18th in the nation in faceoff percentage respectively.

After a 7-0 start, Michigan has slid out of the top-20 in both the Inside Lacrosse and USILA polls following three straight losses to Harvard, Notre Dame and Johns Hopkins.

Despite the Wolverines’ cold streak as of late, Jonathan Donville said the Terps are determined to remain disciplined as they head deeper into Big Ten play.

“Every game [from] now to the end of the season just gets kind of bigger and bigger,” Donville said. “I think this group has a good sense of that focus, and that helps offset the negative side of having success early in the season.”