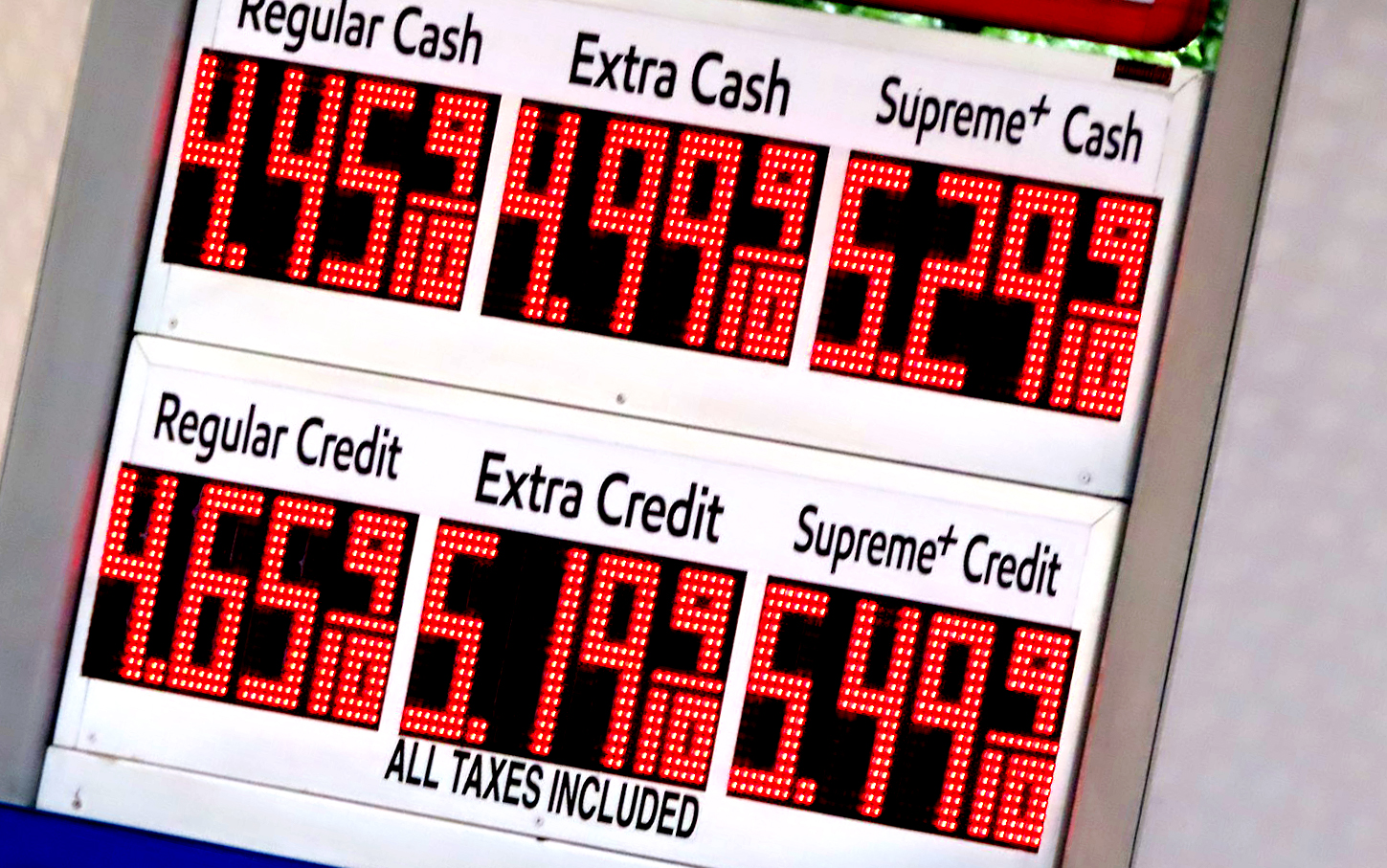 By Michelle Larkin and Ava Thompson

Fatima Younis drives almost five days a week from Gaithersburg to the University of Maryland.

Now, with the gas prices increasing in the country, the international relations graduate student finds it an obstacle to her budget with the commute to campus.

Weeks ago, before gas prices increased, she was paying about $30 for a whole tank. Now, she’s paying about $50. Costs begin to pile up, and have become a hassle because she has to get gas every Monday, she said.

“It’s just really expensive,” Younis said. “I can’t even imagine what people who drive SUVs and [larger vehicles] have to go through.”

Following Russia’s invasion of Ukraine earlier this month, the United States and other countries placed a multitude of sanctions on Russia. These sanctions have caused U.S. gas prices to increase to an average of $4.23.

David Kass, a clinical professor of finance at the business school said Russia is the second largest oil producer in the world, which is why the sanctions caused the gas price increase. In addition to sanctions, demand for gas has also caused increasing gas prices. Kass was a senior economist for agencies such as the Federal Trade Commission prior to working at this university.

When COVID-19 first struck the United States, the demand for gas decreased, according to Kass. Low demand discouraged suppliers from producing oil. Now more than two years since the pandemic first started, the demand for gas has skyrocketed and resulted in gas prices increasing, he said.

Kass predicts the gas prices will stay high for the next few weeks or even months. If Russia and Ukraine resolve their conflict, Kass said, the gas prices are likely to gradually decline.

With high gas prices, students may find alternatives to commute to, from and around the campus.

Younis said she does have the option to use the Shuttle-UM Gaithersburg bus, and has used it before. She can’t guarantee whether she can get a spot on the bus, so she prefers to drive herself to campus.

And Younis isn’t the only student who is affected by the gas prices increasing.

Dorian Houssou commutes from Bowie and Silver Spring. Like Younis, the freshman enrolled in letters and sciences said he used to pay about $30 for gas but now pays between $50 and $60. He now packs a lunch and works extra hours at his mom’s hair braiding shop to cover the cost.

“I’ll have to take money that I pay rent to eat because I spent the money that I was gonna use on my gas,” Houssou said. “Sometimes I’ll ask my mom, but that’s only if she really wanted to send me the gas money.”

Houssou said he has been looking into taking the university shuttle or the bus. But, the bus schedule doesn’t work around his own, so Houssou is trying to move his schedule around.

However, freshman early education major Caroline Zavala has chosen to continue taking her car because she said she would be spending the same amount of money she pays for gas if she took a bus to get to the university.

“I would be spending like $40 regardless,” Zavala said. “Because it’s like $2 to get to my station and then another $2 to campus and then back. Just no point.”

Zavala said she thinks gas prices really depend on the area. She said the gas prices in College Park, Maryland are slightly cheaper — by roughly 25 cents — than in her hometown, Layhill, Maryland. Around the university, her gas was $3.75 per gallon but was $4 near her house.

Federal and state governments have been taking action to help alleviate some of the burden of high gas prices. President Joe Biden announced Thursday the U.S. plans to release 1 million barrels of oil per day from its reserves. On March 18, Gov. Larry Hogan signed an emergency legislation to immediately suspend the state of Maryland’s gas tax for 30 days in the hopes of providing relief.

Kass said consumers can save about 40 cents a gallon now, but Maryland is losing revenue with the initiative and might have to make up for it in the future.
Younis said she thinks Hogan’s emergency legislation is a good effort to make gas cheaper.

“For a lot of people who are really [living] paycheck to paycheck, it makes it really difficult to live … I really support [the legislation],” she said.