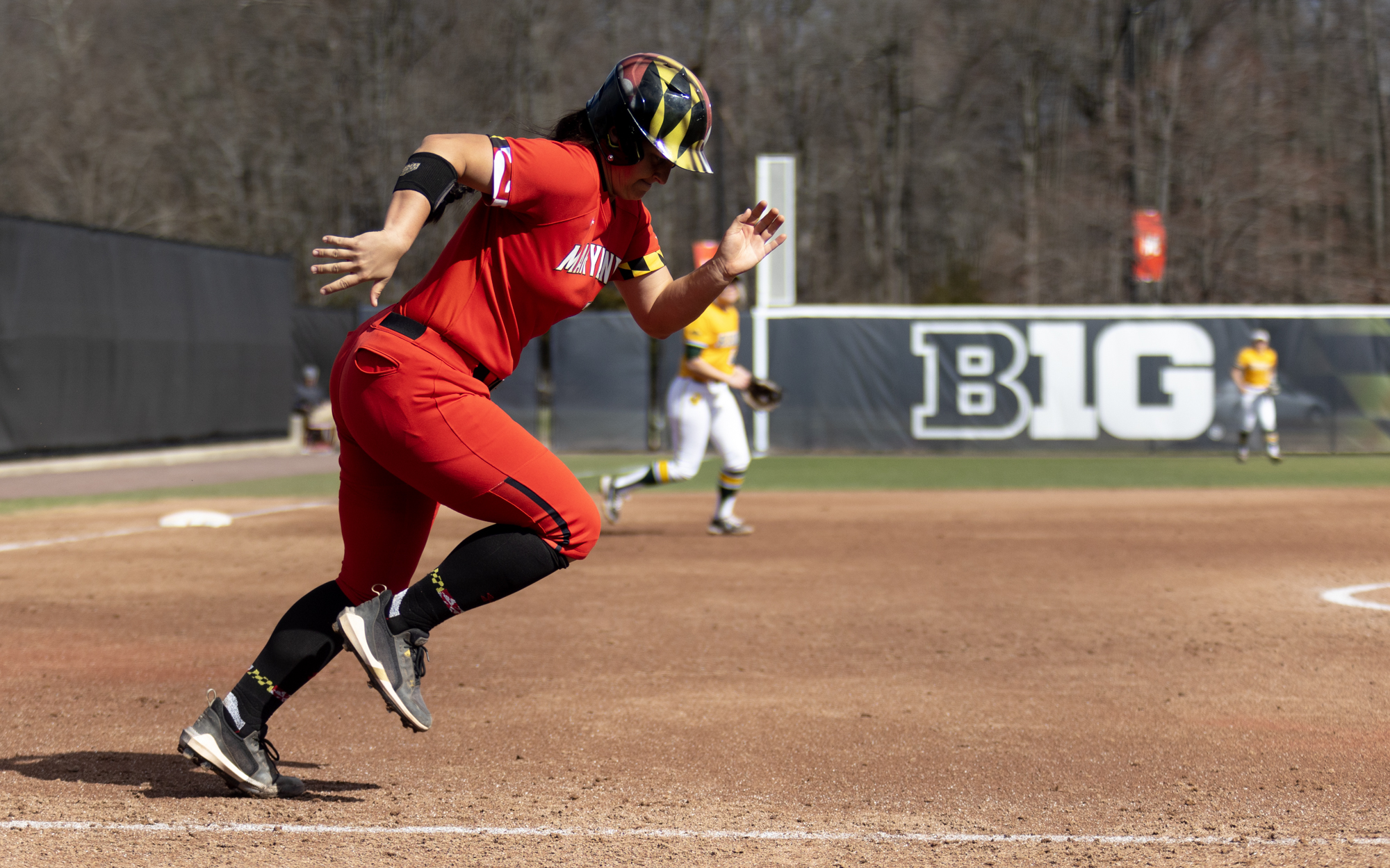 Maryland softball didn’t play in the friendly confines of College Park this season until the middle of March — 21 games in — and the result was a 6-2 loss against University of Maryland, Baltimore County.

After their loss against the Retrievers, the Terps followed with five home games as part of the Capital City Classic before Big Ten play got underway.

Now, one conference series in, Maryland is set to play its first home series against a Big Ten foe when the Terps welcome Iowa into College Park this weekend.

The Terps have had just six home affairs, accounting for only twenty percent of their games despite the season being more than halfway done. To that point, Maryland has rarely felt comfortable with its difficult schedule.

Continuity of playing the same opponent, not needing to worry about traveling, and having consistent routines are only a few of the off-the-field factors that the Terps have been unable to achieve this season.

Maryland is able to achieve all three of those factors this weekend against Iowa — much to the delight of coach Mark Montgomery.

“We like playing series more than we like playing tournaments, and we’re better suited for those,” Montgomery said. “But beyond that, just the routines of staying at home in your own bed and now with a single game, each of the three days your preparation is a little different.”

Coming off a series victory against Penn State, Maryland’s confidence level is moving in the upward direction as the heart of its schedule is approaching.

“We’re finally now at a good place that I felt like we were at the beginning of the season. Pressure got to us a little bit and we hit a few glitches, but we’ve worked through them,” Montgomery said. “I’m confident that we’re gonna keep doing well as the season continues.”

Maryland’s numbers at home support Montgomery’s thoughts that playing at home improves his squad’s performance. Although the sample size is small, the Terps are averaging a full run more at home (5.8) than on the road (4.7), thanks to their power showing up in College Park. Maryland is averaging 2.7 extra-base hits at home versus only 1.5 on the road.

Haley Ellefson has notable home/road splits this season, performing better in College Park both in the circle and in the batter’s box.

Ellefson has cashed in during her six home games, hitting at a .411 clip with three extra-base hits and seven RBIs — accounting for over half of her total in both those categories on the season.

Like her offense, Ellefson’s pitching has been much improved in College Park. Ellefson has thrown seven innings in three appearances and hasn’t given up a single run. Meanwhile on the road, Ellefson has only had five scoreless outings for a total of just five innings.

“I think [with] me transferring in last year, it was a big difference to settle in. This year, I definitely have settled in [and taken on] a big role of being a senior,” Ellefson said.

Maryland enters its first Big Ten home series this weekend against Iowa comfortable and confident — signs for a successful weekend versus the Hawkeyes.

“Knowing that I need to step up and be there for the team and be there for ‘One Maryland,’” Ellefson said. “I’m comfortable, I’m in the zone, I try not to think too much in there and just let it go.”