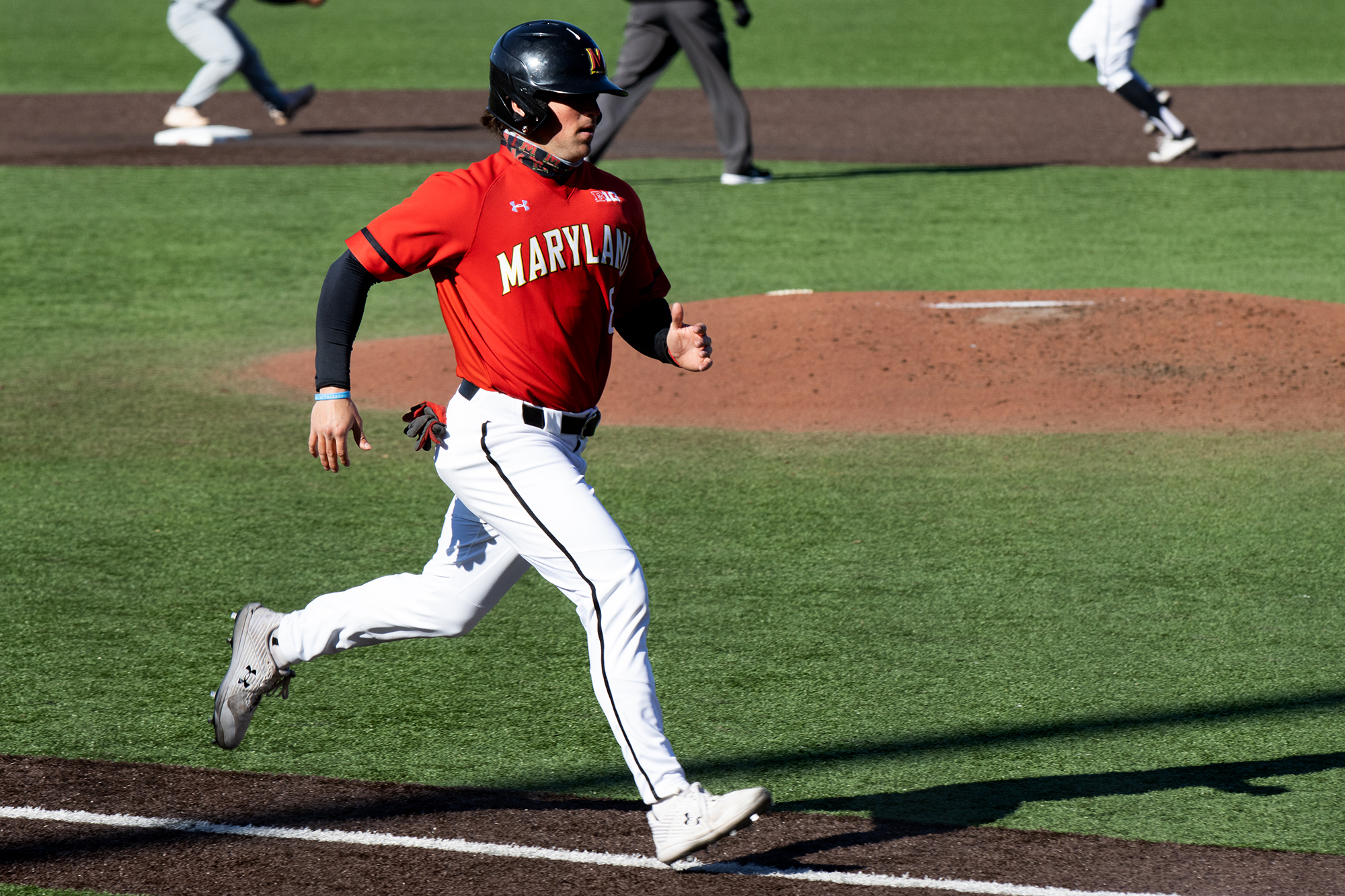 Conference play has never looked so important for Maryland baseball.

Hot off the heels off a monstrous win against Towson and a nail-biter against George Mason, the Terps look to begin a Big Ten conference schedule that largely increases with difficulty as the season wears on.

Still, Maryland seems the favorite to win the conference as April arrives. The Terps largely thrived in a challenging nonconference schedule while schools such as Rutgers and Purdue — who near Maryland in wins — benefited from soft schedules as indicated by their lower RPIs.

The major powers that came out on the bright side of their nonconference schedule are the Scarlet Knights, the Boilermakers and Wolverines to go along with the Terps. Those three other squads are all placed along the back of Maryland’s schedule for nine of the last 10 games.

To make matters more difficult, the Terps play Rutgers and Purdue on the road. Considering Maryland’s performance in its nonconference slate, every game leading up to that final 10-game stretch could potentially be somewhat one-sided with an occasional nail-biter and off-schedule loss.

The Terps already swept Baylor and Campbell, who both have higher RPIs than most members of the conference. While RPI is not the end-all, it’s reasonable to believe the guideline supports the fact Maryland has the ability to steamroll through the top-half of its conference schedule.

“I think it’s coming back to the defensive part,” Luke Shliger told Maryland Baseball Network. “If we can play clean defense I think we’re gonna do well in the Big Ten play.”

Several things have happened in the Big Ten since play began in February. Among them are Nebraska’s struggles. Usually a major factor in conference play, the Cornhuskers have a losing record through 23 games and dropped their opening conference series to the Wolverines.

Michigan will be one of the primary threats, having already snatched a 7-4 win against Maryland on March 4 in the Keith LeClair Classic. However, that win will not count toward conference play.

That game ranked among many brutal nonconference games the Wolverines scheduled, including matchups against ranked Texas Tech and Vanderbilt along with the rest of their LeClair Classic opponents in East Carolina and Indiana State.

Michigan sports a talented roster despite an on-par record through the first portion of its season. Infielder/Outfielder Clark Elliott looks to be a notable pro prospect as he was named top MLB draft prospect in the Big Ten in the preseason by D1 Baseball.

Jimmy Obertop, Tito Flores and Ted Burton also offer plenty of power at the plate for the third-ranked team in runs in the Big Ten. Pitching has been questionable as the Wolverines’ secondary starters have struggled, despite solid numbers from their starting trio.

Purdue and Rutgers stand as formidable opponents for the Terps as well, even if their schedules have set them up for success. The teams’ strength of schedules ranks 266 and 229 respectively, which is a large reason why they seep below Maryland in RPI.

Both teams have stand-out strengths. The Scarlet Knights lead the conference in total runs and Purdue has showcased quality pitching that’s torn through their schedule.

While undoubtedly quality squads, their matches against the Terps will likely shed significant light on the winner of the conference. But Maryland has a long way to go.

For the Terps’ Big Ten-opener against Penn State on Friday, one player remains the focus going into the weekend series: catcher Matt Wood.

Wood ranked 16th in D1 Baseball’s preseason catcher rankings and has proven that spot so far by making a major jump this season, leading the Nittany Lions in almost every single significant batting statistic. The junior has a .375/.467/.667 slash line and is among conference leaders in OPS.

The Nittany Lions are coming off their own conference-opener against Rutgers. Penn State did manage a victory on the weekend, but the Scarlet Knights finished the series, dominating 20-6.

Maryland’s old-time rival provides the first key for the Terps’ success driving toward the Big Ten tournament in the near-future. The Nittany Lions do, however, come as more of a stepping stone rather than an obstacle to clear as they’ve struggled.

“Their record is fairly indicative of their play,” the Daily Collegian’s Andrew Buckman told The Diamondback. “Slightly below mediocrity is Penn State baseball’s flagship level of play. I don’t see them turning it around.”

A large part of that is the unfortunate departure of three of their starting pitchers from last season — all taken in the MLB draft. In their stead, a group of young pitchers led by sophomore Travis Luensmann have struggled.

“While losing three pro-level arms is never ideal, Penn State’s response to those losses has been abysmal so far,” Buckman said. “With that said, it’s never easy for young guys to step in and be great immediately at the collegiate level.”

And that’s a recipe for success from a Maryland batting lineup coming off a historic offensive outing against Towson, and while it did have hiccups on the road against George Mason, it’’ll be back home for the Nittany Lions.

Through 25 games, Maryland baseball has accomplished the best start in school history. Through the rest of the season, it’ll look to carve a deeper mention in the record books through familiar foes.