How language instructors are creating a gender-inclusive Hebrew 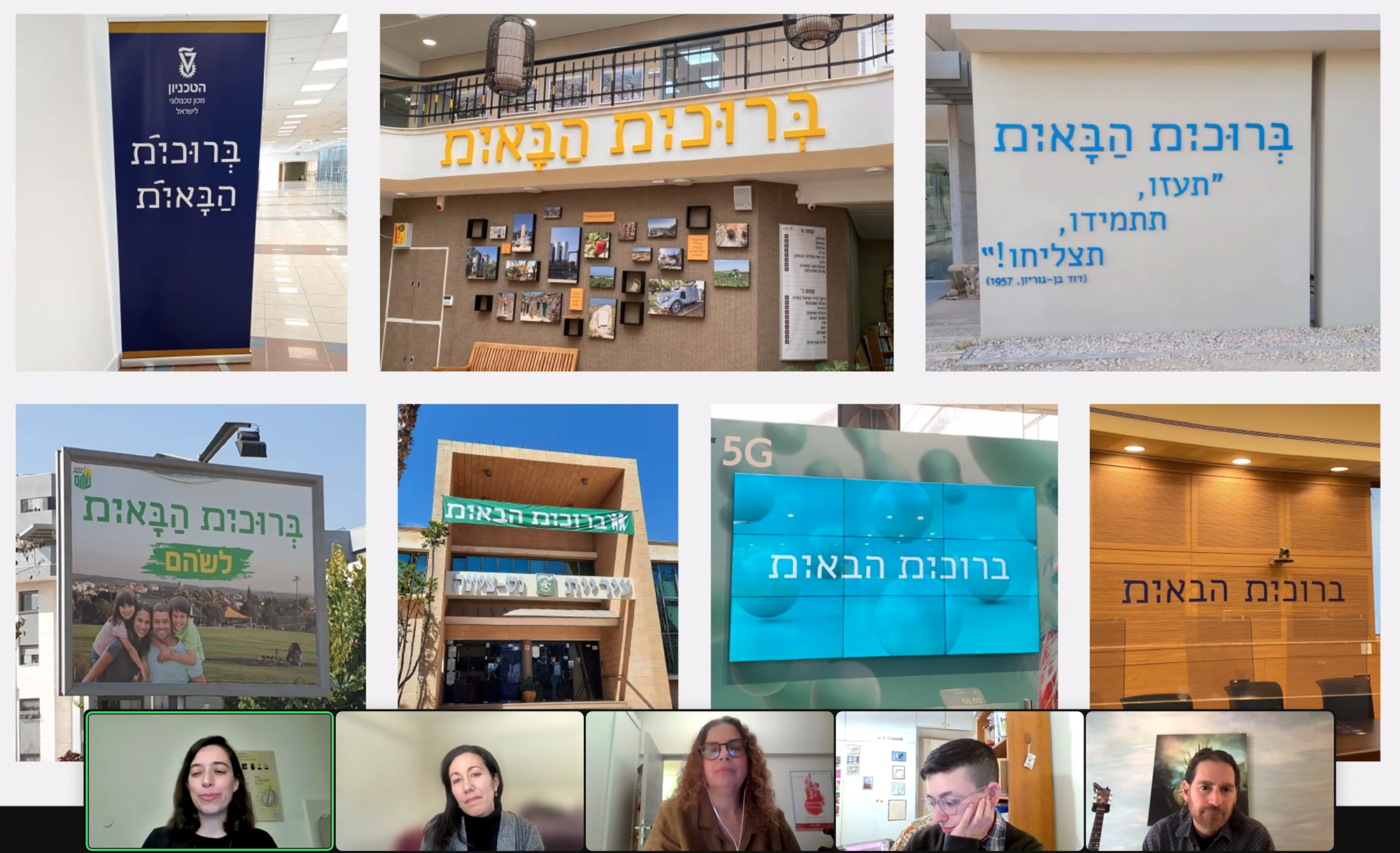 Every language in the world has a different relationship with gender. English sits with Finnish and Chinese with no grammatical gender, while the most commonly spoken languages in Europe and some in the Middle East use gender to classify their nouns.

It’s a rule that has seen friction in recent years with the LGBTQ+ community, resulting in a call to rework language to better serve nonbinary and genderqueer communities. One of the languages that faces this issue is Hebrew.

A group of Hebrew scholars got creative on March 13 in a Zoom seminar for the University of Maryland’s Meyerhoff Center for Jewish Studies, presenting their ideas on how to foster more gender-inclusive Hebrew for its 9 million speakers. One presenter even introduced new letters to the Hebrew alphabet.

The series of sessions, called “Gender-Inclusive and Nonbinary Hebrew” was hosted by the university’s Hebrew language program director, Avital Karpman. Karpman brought 10 teachers and experts on Hebrew to examine the intersection between gender language and the studies of society, liturgy and orthography.

Tal Janner-Klausner, a Hebrew teaching coordinator for the Jerusalem branch of the language co-op program ‘This Is Not an Ulpan’ — which is a project that teaches Hebrew and Arabic through a social justice lens — uses feminine and masculine pronouns interchangeably when speaking Hebrew and said there are similar instances of that already baked into the Hebrew language.

But for the most part, gender neutrality in Hebrew often means avoiding gender entirely, such as by referring to oneself only in the past and future tenses, according to Janner-Klausner.

“Sexism, gender essentialism and the gender binary might seem more natural when they form the very language that we speak,” said Janner-Klausner.

However, Janner-Klausner and some lecturers shared optimism when it came to gender-inclusivity in the language.

To tackle just one aspect of the problem, Michal Shomer, a graphic designer, shared her design for several new letters for the Hebrew alphabet she called “multi-gender Hebrew.”

“In the traditional Hebrew if you would say something like this, it would probably say ‘All men are equal’ or ‘All women are equal,’” Shomer said while presenting a sentence with the proposed new letters. “But here you can see how it’s written with multi-gender Hebrew, changing the meaning to ‘All people are equal.’”

Pronunciation was a big question Eyal Rivlin, the director of Hebrew at the University of Colorado, Boulder, had to reckon with when in 2017 a prospective student who is nonbinary for Rivlin’s Hebrew class asked him how they should refer to themselves in Hebrew. While some nonbinary Hebrew speakers use the masculine and feminine forms interchangeably, it didn’t sit well with Gross.

“My objective was, let’s try to find something that feels organic to Hebrew,” Rivlin said.

“I could have said to Lior: ‘Look, this is how it is in Hebrew. You got to choose either masculine, feminine,’” Rivlin said. “That will be a fixed mindset.”

For example, “I love you” in Hebrew would begin with either “ani ohev ’” for a man to say it or “ani ohevet ’” from a woman. But a person who is nonbinary, using Rivlin’s proposed system, would say “ani oheveh.”

Felicia Shechtman is the vice president of Hamsa, a LGBTQ+ Jewish student group on campus, and has worked this semester with Hillel staff and leaders of on-campus Jewish services to find the right language to call nonbinary people to the Torah for an aliyah.

Shechtman doesn’t speak Hebrew fluently, but in response to conversations with Hamsa members about the lack of inclusion in language, Shechtman started researching and found the Nonbinary Hebrew Project.

Shechtman said they got positive feedback from Hillel after presenting their ideas adopted from the Nonbinary Hebrew Project and other gender neutral guides online.

Still, there were limitations with these new ideas, Janner-Klausner said. There’s no word in Hebrew for the word genderqueer. In Israel, they use the English word.

“I think we have a lot to do on that,” Janner-Klausner said.