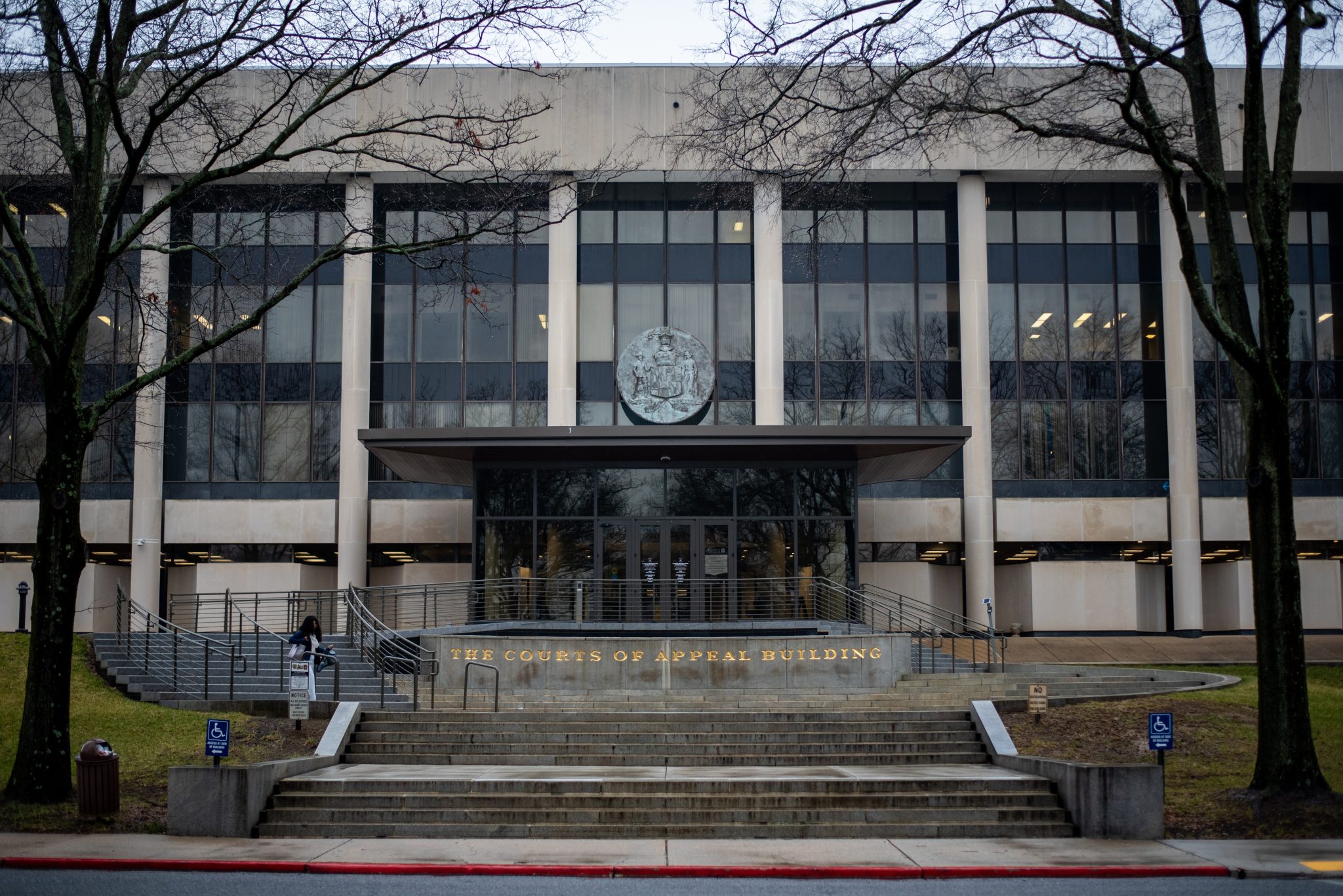 The Maryland Courts of Appeal Building in Annapolis on March 17, 2022. (Joe Ryan/The Diamondback)

Anne Arundel County Senior Judge Lynne A. Battaglia called the previous map an “extreme partisan gerrymander” in her ruling on Friday. It is the first time in Maryland history that a judge has found a congressional map to have violated the state constitution.

“All of the testimony in this case supports the notions that the voice of Republican voters was diluted and their right to vote and be heard with the efficacy of a Democratic voter was diminished,” Battaglia wrote in her opinion.

The ruling marked a victory for Republicans who said Democrats in the General Assembly sought to silence their votes. Republican Gov. Larry Hogan, a staunch critic of the previous Democrat-backed map, called it a “partisan, secretive and rigged process” in a statement on Friday after the ruling.

“This is an historic milestone in our fight to clean up the political process in our state, and ensure that the voices of the people we are elected to serve are finally heard,” Hogan said.

In January, two groups of Republican delegates sued the state over the General Assembly’s map, claiming it violated the Maryland constitution’s equal protection, protections for free elections and free speech.

Battaglia agreed with the Republican challengers last week, telling lawmakers to redraw the congressional map by Wednesday and setting a new hearing date for the redrawn map this Friday. The new maps must adhere to constitutional mandates, including having districts that are “compact” and give “due regard” to natural boundaries and political subdivision borders.

“To call this a big deal would be the understatement of the century,” said Doug Mayer, a spokesperson for Fair Maps Maryland, in a statement. The anti-gerrymandering group aligned with Hogan and supported the challenge to the map. “Judge Battaglia’s ruling confirms what we have all known for years — Maryland is ground zero for gerrymandering, our districts and political reality reek of it, and there is abundant proof that it is occurring.”

Lawmakers introduced a new map to the General Assembly Monday. The map more closely adheres to county lines and no longer includes a 1st district that encompasses part of Anne Arundel County.

In the Senate, lawmakers voted Tuesday to approve the redrawn plan. The House Rules and Executive Nominations Committee voted Tuesday evening along party lines to send the new map to the full House of Delegates for consideration.

Republican lawmakers criticized the redrawn map on the Senate floor Tuesday. Sen. Michael Hough (R-Maryland) called the new map “nothing more than lipstick on a pig” and said it appears fairer on the surface but still exhibits partisan gerrymandering. Republicans also said there was a lack of involvement from members of the minority party in drafting the new map.

“Many of the issues that were brought up on this very floor about concerns about [the previous] map are addressed in the map that’s before us,” Ferguson said. “I wish we would have had more ability to bring lots of folks together, but we were given five days.”

The new map was expected to reach the governor’s desk by Wednesday, according to a joint statement from Ferguson and House Speaker Adrienne Jones. The House of Delegates, which had considerations delayed due to hearings for the amended Climate Solutions Now package, is expected to debate the redrawn map Wednesday morning.

The passage of this redrawn map is dependent on the loss of an appeal of Battaglia’s decision to the Maryland Court of Appeals — the state’s highest court. The Office of the Attorney General is reviewing the decision and has not decided whether to appeal, according to The Washington Post.

Lawmakers are also awaiting the results of a trial challenging the state’s legislative redistricting map — created for state delegates and senators. Several petitions before a special magistrate for the Maryland Court of Appeals claim partisan gerrymandering impacts the new legislative districts.

The trial over the legislative map concluded Thursday. The special magistrate will work on the case before giving a recommendation to the full Court of Appeals, which will then make a final ruling.