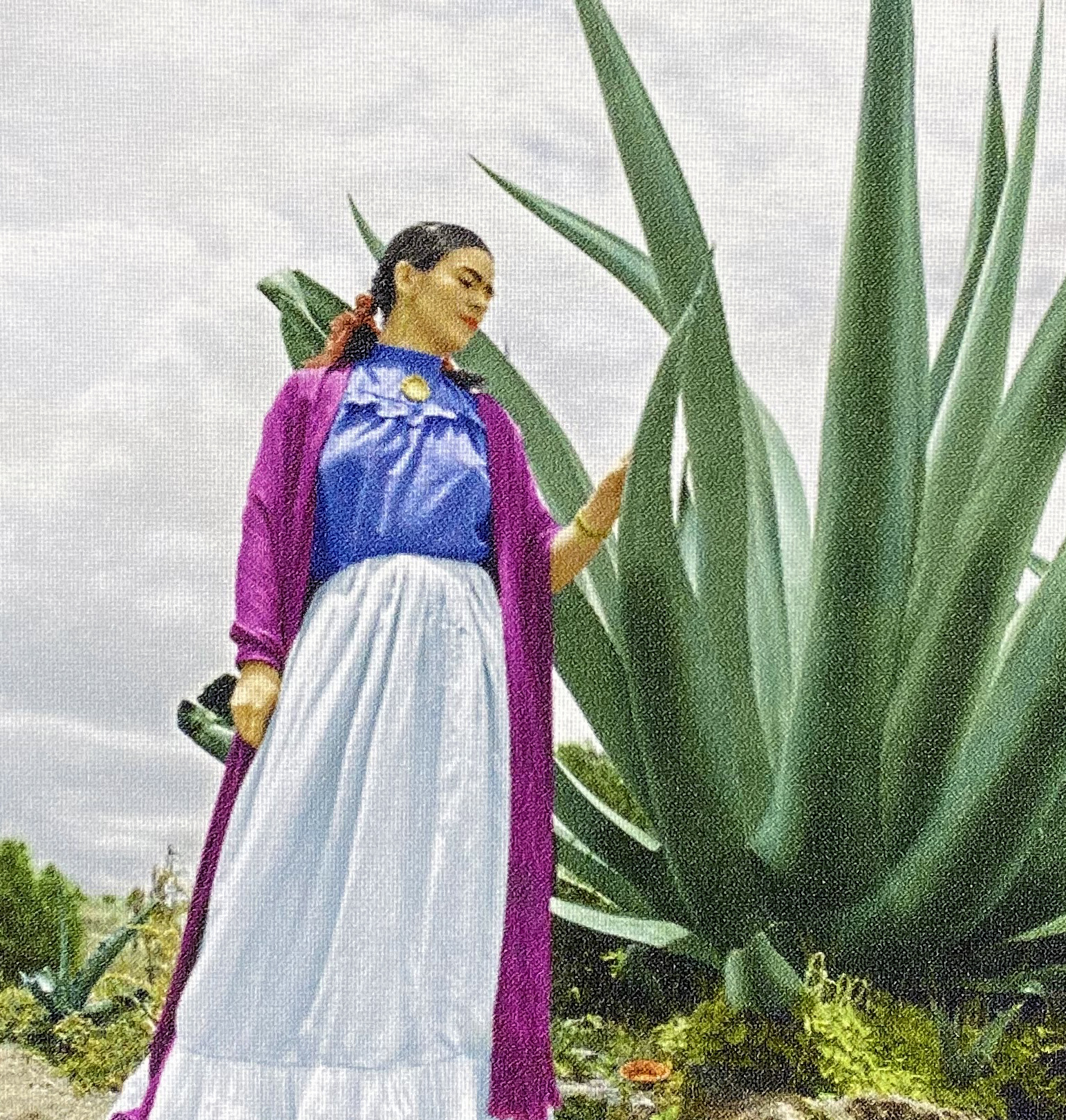 BARCELONA, Spain — Frida Kahlo knew how to be unique. Her monobrow and thin mustache were distinct signs — self-confidence and identity, even reaching into realms of seductivity. Her features became a logotype of sorts, representing the Mexican artist’s authenticity and passion for painting.

Kahlo — not only an artist, but a fashion icon — expressed herself through painting, exposing her passion and pain on various canvases. However, she often hid her personal struggles from the world. In an effort to unpack the life of the icon, the IDEAL Centre D’Arts Digitals — a high-tech gallery in Barcelona, Spain, with 3D, immersive and audio and visual displays — dove into the intimate moments that made Kahlo an artist the world has come to love.

Growing up during the Mexican Revolution in 1910, Kahlo’s family experienced financial problems, which were compounded when Kahlo was 6 years old and developed poliomyelitis, a condition resulting from cell degeneration that caused atrophy in the muscles of her right leg.

“Children [made] fun of her because one of her legs [was] much thinner and shorter than the other one, and she [wore] orthopedic boots,” IDEAL wrote in the installation. “She withdrew into her own ‘shell.’”

In 1922, Kahlo was one of the 35 women to earn a spot among the 2,000 students in the National Preparatory High School in Mexico City. Although focused on becoming a doctor, Kahlo joined The Cachuchas, a student group dedicated to conversations about literature.

Away from her mother’s strict Catholic influence, Kahlo thrived as a “quick-witted, curious, impulsive, brave and irreverent” young woman, IDEAL described. But in 1925, her life drastically changed when she barely escaped death.

Her goal of becoming a doctor was stripped from her. Imprisoned by plaster corrective corsets, Kahlo was bound to a bed for much of her recovery. This is where she began to paint self-portraits, first for entertainment and then as a form of therapy. Her mother bought a trestle and full-length mirror so Kahlo could be both the artist and the model.

Her paintings reflected an expressionless mask, surrounded by elements that revealed her truth. A dead bird, a thorn necklace that strangles her and a crushed heart enclose her in some of these portraits. She seems calm, but the pain radiates off of her.

IDEAL brings this part of Kahlo’s story to life with a video mapping installation entitled “The Dream.” The installation captures Kahlo in her bed, surrounded by elements of the life cycle — a beating heart, a new born baby, lactating breasts and a pelvic bone holding a blossoming flower in its birth canal, likely representing Kahlo’s pelvic injury that left her unable to bear children. The elements all branch out from Kahlo’s bed, like a tree.

Other symbols are also crucial to Kahlo’s storytelling. A hummingbird, which in Mexican tradition represents good luck in love, is painted dead, alluding to Kahlo’s longing to be loved. Fleshly cut and juicy fruits, such as watermelons, pomegranates and papayas, signal sexuality and fertility — an imperfect but desirable combination that seemingly speaks to Kahlo’s desire for motherhood.

These self-portraits, which make up 80 percent of Kahlo’s works, gave a unique look into her private life. However, the fashion icon used shiny velvet skirts, richly embroidered blouses, bun decorations, flowers and jewels to mask the pain and sadness she carried off of the canvas.

[This year’s Oscar fashion was elegant and refined]

“Everyone saw exactly what she wanted to project: the pride for Mexican roots, her self-assurance, the joy of living,” IDEAL wrote in the installation. “Under the skirt was her leg swallowed up by poliomyelitis; beneath her blouse was the corset that straightened her back but took her breath away, while the hair and precious stones distracted attention from any sign of sadness on her face.”

In a bourgeois atmosphere, Kahlo stood out as her clothing linked her to her Indigenous roots. Her commitment to maintaining this image eventually led to her appearance on Vogue’s cover in 1937.

Kahlo also held her first individual exhibition in New York the following year, where she sold half of her pictures. By 1939, Kahlo was gaining artistic recognition, and she was the star of an exhibition in Paris about Mexico.

One year later, two of Kahlo’s paintings became part of the International Surrealist Exhibition in Paris, and she became the first Mexican artist whose painting was bought by the Louvre.

Although frequently labeled a surrealist due to the influence André Breton had on her career, Kahlo claimed she wasn’t part of the surrealist movement because rather than painting her dreams, she painted her reality, according to IDEAL.

Allowing her truth, including the sad and shameless parts, to invade every detail of her work was her hallmark. It gave a glimpse into a life so well concealed beyond her paintings, and it told the story of her life without her uttering a word. The nuanced symbolism around a now well-known face made her work unique. But Kahlo’s internal battle between physical pain and a desire to live is what generated the endless symbology that defines her.