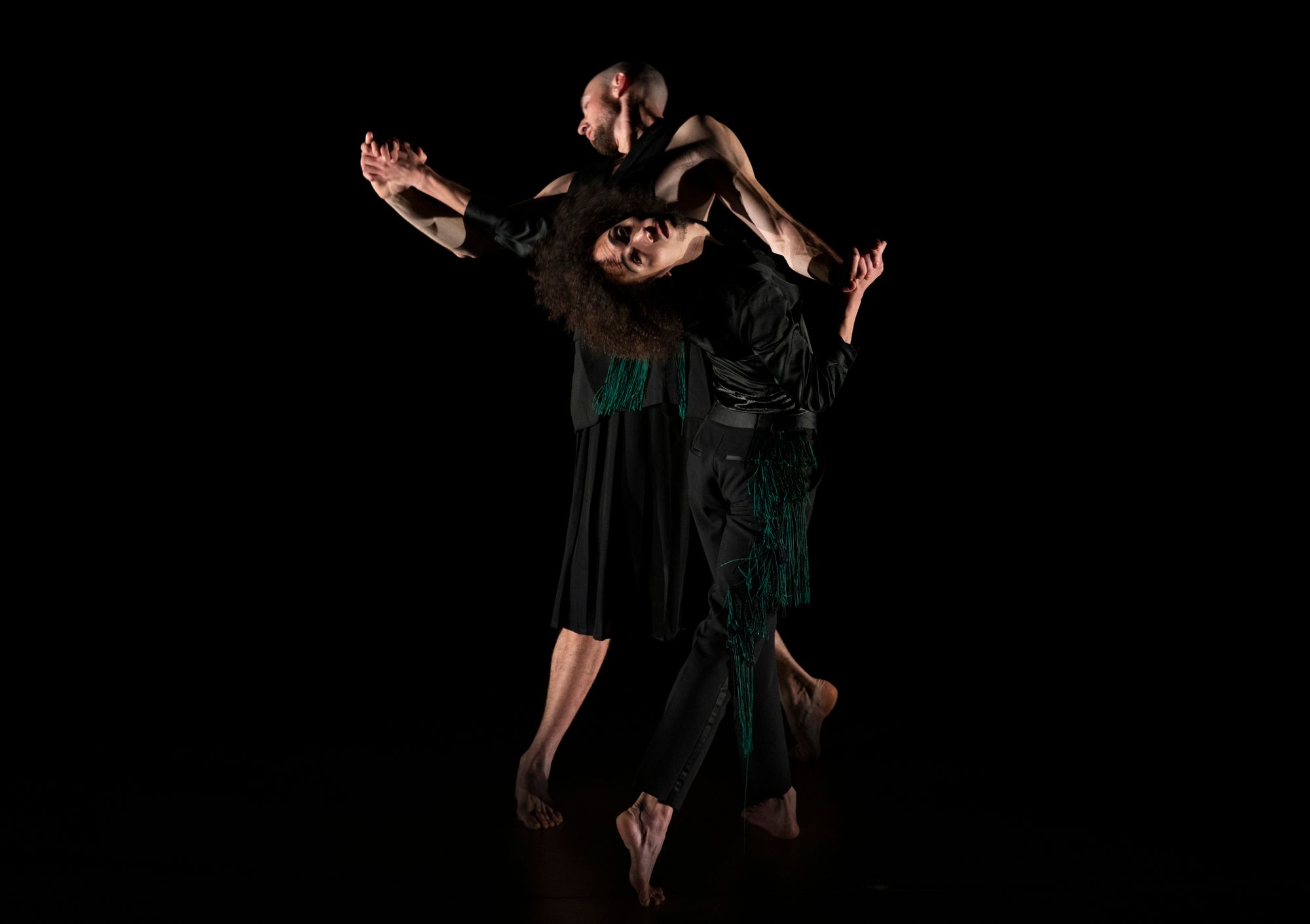 By Victoria Uhl
For The Diamondback

This group was at the University of Maryland as a part of The Clarice’s Visiting Artist series. This series is also connected with Arts For All, an initiative that has been on campus since spring 2021.

Patrick Warfield, associate dean for the arts and humanities college, said Arts For All is based on representing all students, social justice and connecting art with other careers. Warfield said all three of them apply to the performance. He also said this performance was a part of the movement toward increased community after the pandemic.

“I am actually feeling the Maryland community is in some ways stronger as it comes back,” Warfield said. “People are more caring. People are more aware of differences.”

Tariq O’Meally, the artistic planning coordinator at The Clarice, said he was planning the show for 2020. It was originally meant to be based off the AIDS epidemic that killed many in the queer community in the 1980s.

Then the pandemic happened. Grass is Green had many elements that played off close proximity to the audience.

For example, the show was held in a black box theater. A theater like this is a small area. It is no larger than a high school classroom. This allows for seating to be flexible and for viewers to focus on the performers.

Attendants were handed earplugs at the door. A drag queen started out the show. Colors changed drastically, from misty blue to royal red to sickly green to hospital lights. Every color had a purpose. Dancers stomped as much as they glided across the stage.

Mar Lures, who was visiting a friend in the show, really enjoyed the last section of the performance the most.

“It felt really jubilant. It had a lot of energy, and it let me feel really good afterwards,” Lunes said.

One of the main contributors to the show was Chuck Wilt, the 29-year-old artistic director and dancer for UNA. He said that he has been dancing since he was 10 years old.

Wilt was the artistic director, choreographer and a performer in the show.

“Just getting to be in a community with people and getting to go through an intense journey both physically and emotionally together. It’s pretty special,” Wilt said of the performance.

Wilt worked with university students through the pandemic on a show called Mural. Wilt said he enjoys working with passionate students and hopes to teach them lessons about finding their style of dance.

“I definitely learned new, different ways of moving my body and ways of varying timing for sure,” said Megan McDevitt, a senior dance and neuroscience major.

McDevitt worked with Wilt on the Mural production as one of the group dancers. Mural was one of McDevitt’s first shows after the start of the quarantine. She practiced for it on Zoom at her home, meeting with her classmates in person for final practices.

McDevitt and her classmates worked together with Wilt. They also worked with him to create the choreography and Wilt worked one on one with students.

“Chuck is such a quiet, yet warm spirit,” McDevitt said. “He’s a man of few words, but all of them are so kind hearted.”