‘Pianissima’: UMD family comes together for performance at The Clarice 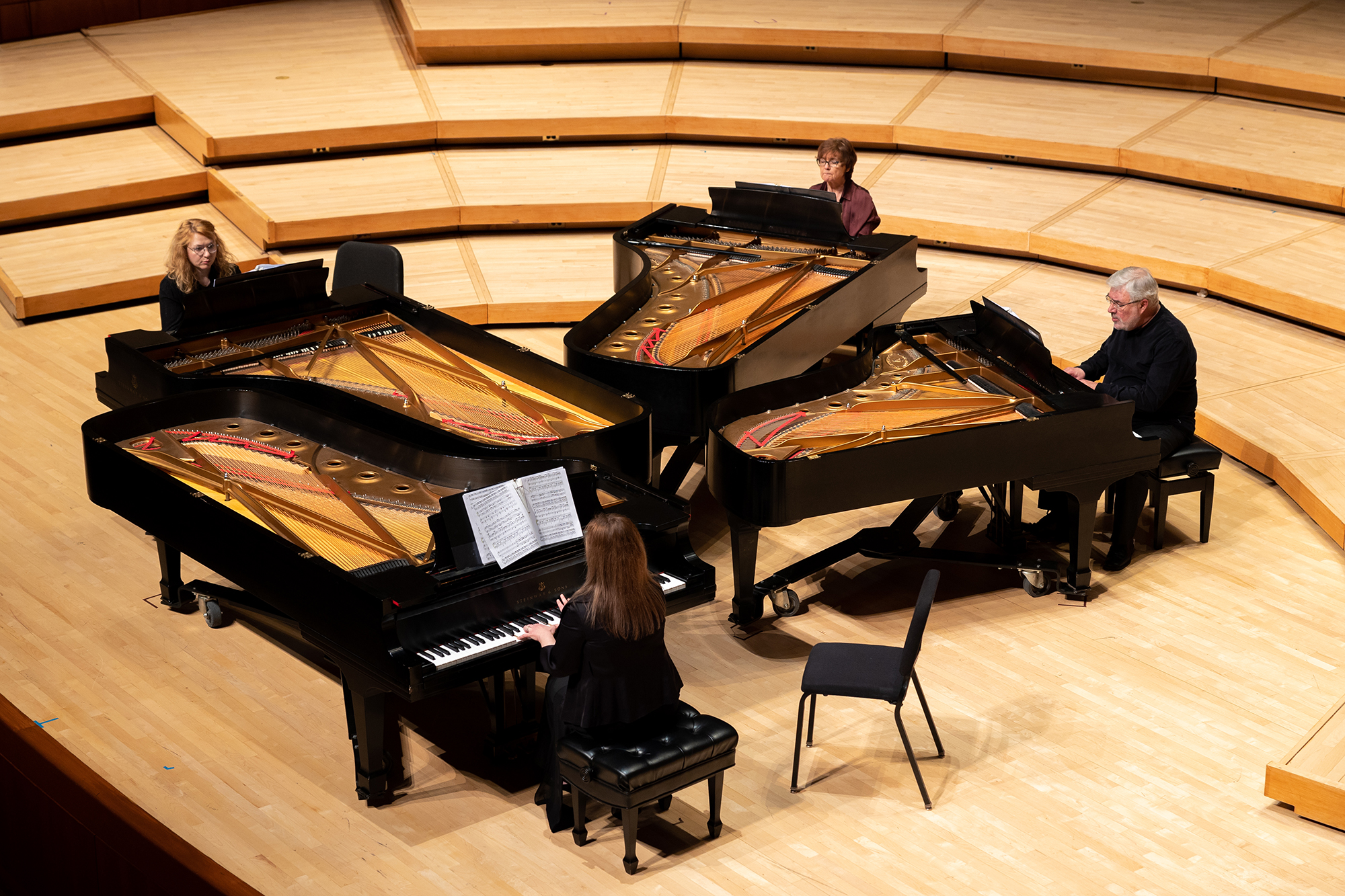 Larissa Dedova and Mikhail Volchok, piano faculty for the music school, performed as part of a faculty artist series with their piano recital “Pianissima: A Family Affair.” Their daughters, Daria Scarano and Anastasia Voltchok, two alums of this university who studied at the music school, accompanied them.

“We enjoyed it so much that we just decided to repeat it again,” Voltchok said. “My mother [Dedova] kind of developed it further, and we have this opportunity now to play it here.”

According to the recital’s program, Volchok composed a piece of the recital called “Dialogues” himself. However, Volchock is not playing his own composition.

“My daughters are going to perform it,” Volchok said. “I hope that the audience will like it.”

Volchok said the reason his composition requires two pianos is because Volchok and Dedova played two piano programs for 44 years. This became something natural for Volchok during his composition process.

Dedova said the recital had a lot of contrasting pieces — some were “very light” or “charming” and others were fast or “energetic’.’

Dedova mentioned “Boléro” by Maurice Ravel was not originally in the program but rather was a new addition. This recital was the first time the family played Boléro together.

According to the family, Pianissima does not have any meaning although some would associate it with “soft sounds” or “soft words” on the piano. Instead, the title was more of a way to bring people in to watch their recital.

The family felt the recital was successful and the audience was happy with their performance.

The family has no plans of stopping anytime soon. As Scarano and Voltchok said, there was no question about what profession they would follow.

“It chose us!” Scarano and Voltchok said.