Savacool strikes out 14 as Maryland baseball sweeps series with Siena, 19-2 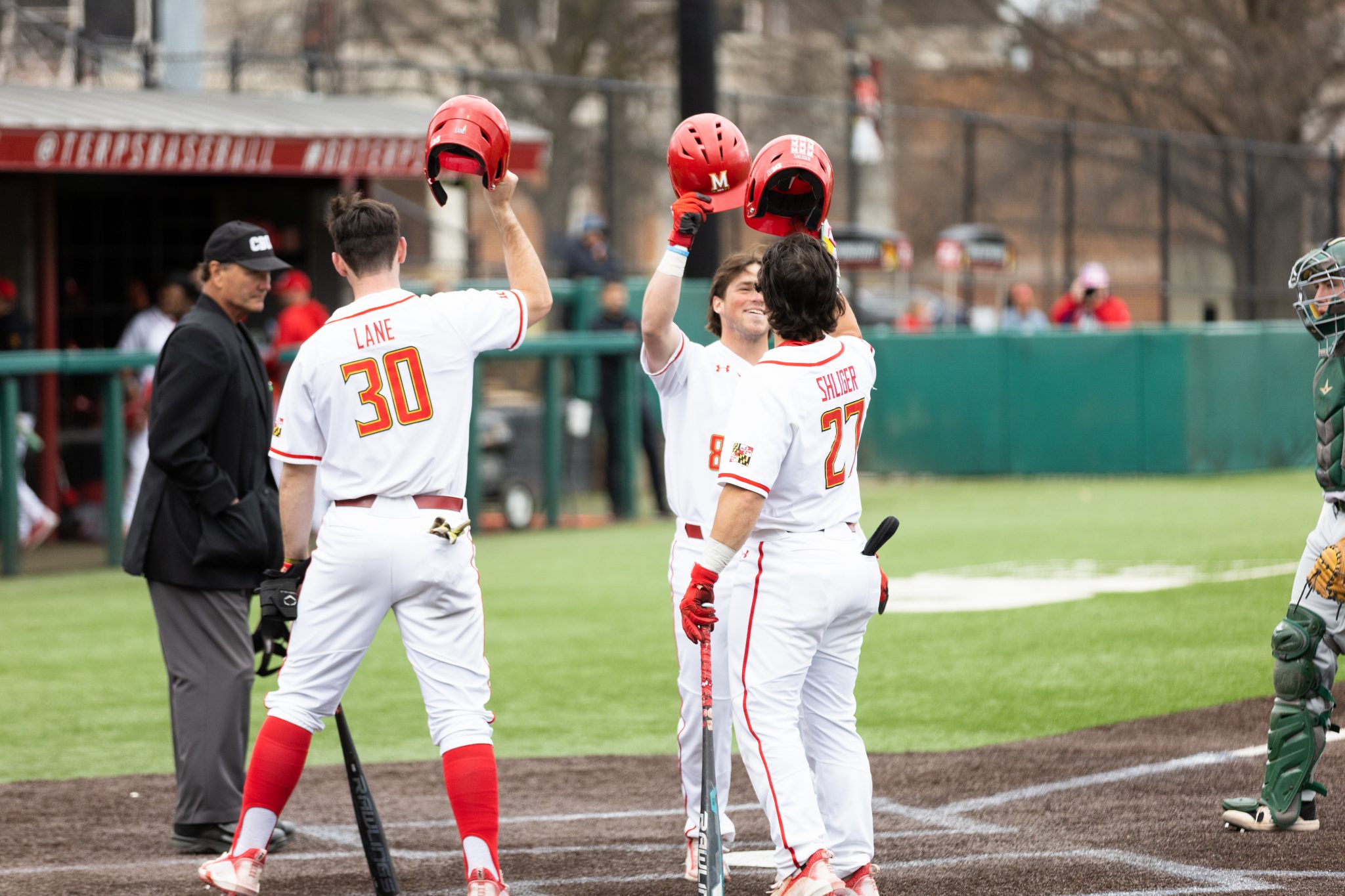 It was as if Maryland baseball’s offense and defense were battling to see which could perform better.

Defensively, Jason Savacool struck out 14 batters — a season high among individual Maryland pitchers — in addition to allowing only one hit.

Together, the Terps’ 19-2 thrashing of Siena marked the team’s largest margin of victory in over eight years.

“We just didn’t take our foot off the gas,” Coach Rob Vaughn said. “I think that’s something we’ve done in the past, a little bit. We’d score some runs – we’d get up and then we’d kind of sit back and get comfortable. I didn’t think we did that today.”

The Sunday match was the third between the Saints and the Terps in two days. Maryland won both games in the doubleheader that was hosted the day prior, which included a shutout performance from Ryan Ramsey.

Jason Savacool got the start on the mound and made quick work early, striking out six straight batters and not allowing a hit until the fifth.

“It’s pretty easy to pitch after Ryan,” Savacool said. “He’s got a really good … fastball, and I’m more of a sinker guy. So, we definitely differ in that regard. That’s why we’re paired up that way. . . It just gives opposing teams a different look on both days.”

The fourth inning set the precedent for the rest of the game. Maryland, already up 1-0, ended the inning with six additional runs to bring its lead to seven.

The windy conditions that persisted throughout the ballgame worked in the Terps’ favor. Maxwell Costes launched a shot that narrowly passed the right center field wall. A few plays later, Troy Scheffler hit a fly ball to right field. The ball carried just far enough to bounce off the top of the wall for another home run.

Siena changed pitchers but the onslaught continued. In the fifth, Kevin Keister laced his first career home run and his team’s third of the day.

“I’m just really happy for him, and proud for him because it’s … not easy,” Vaughn said. “He’s been really mature. He’s worked his tail off, hasn’t complained, hasn’t whined when he wasn’t in there, just kept showing up and working.”

In addition to the home run, Keister impressed defensively a few innings later as he snagged a ball right before it hit the ground.

“All my teammates are happy for me,” Keister said. “So that basically makes me happy.”

[No. 24 Maryland baseball set for series with struggling Siena]

While the offense was racking up hits, Savacool was putting together a career day. After only six innings, he already had 13 strikeouts, a career-high.

With the bases loaded in the seventh, Sean Lane drilled the ball to left field for his first career homer — a grand slam.

At this point, the Terps had the game easily won. And it was the Terps’ largest win during Vaughn’s tenure as coach.

Schreffler put up his best hitting performance of the season. He led the team with a season-high five hits. He was also a triple away from hitting the cycle.

The outfielder has come a long way since his rookie year.

“His whole approach to the game is just mature,” Vaughn said. “He used to kind of ride the roller coasters emotionally a little bit, [but] he’s as steady as it gets right now.”