No. 24 Maryland baseball set for series with struggling Siena 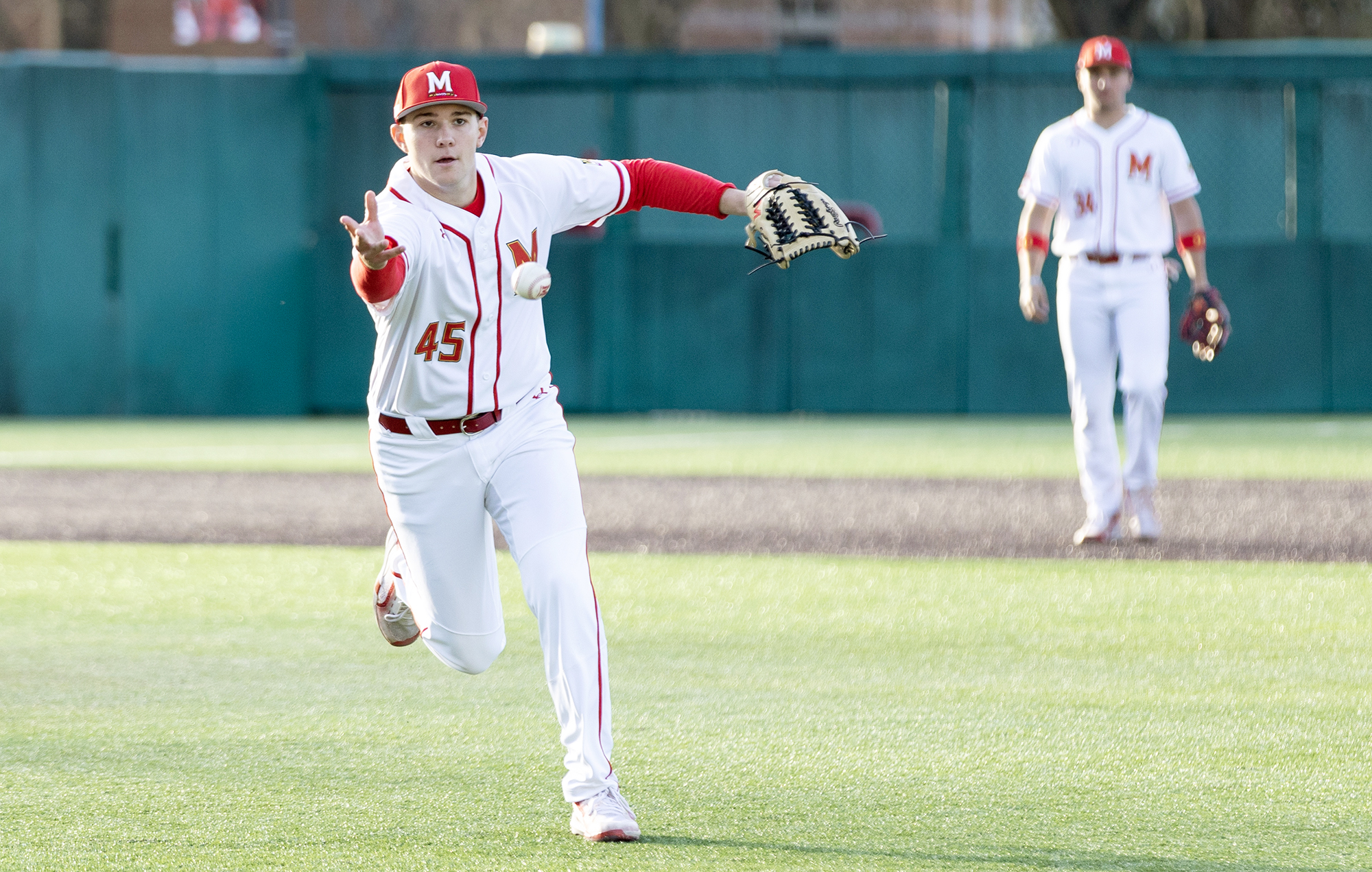 Jason Savacool tosses the ball toward first base during Maryland baseball's 5-1 win over Georgetown on March 14, 2022. (Cam Andrews/The Diamondback)

Coming off of an unexpected loss against Delaware, Maryland baseball’s schedule seems to have provided an easier opponent to rebound off of.

This weekend’s three-game series against the Saints should serve as a momentum builder for the Terps. To put it plainly, Siena ranks 279th in RPI, and Maryland is ninth.

There’s an obvious disparity between these two squads.

Siena has had bountiful pitching troubles as opponents have scored double-digit runs in eight of 13 games so far and have only three games with an overall ERA five or under.

The Terps have allowed 64 runs in 16 games compared to the Saints’ 132 runs in 13 games. It’s often been ugly for Siena. They’ve been a tad stronger since starting 0-9, going 2-2 in their last four including an eight-run drubbing of The Citadel in a series opener.

“They have a lefty [Ben] Seiler who’s got a good fastball, 90-92 [mph], with a good breaking ball to go along with it,” coach Rob Vaughn said.

Seiler and Arlo Marynczak lead the Saints’ pitching staff with over 10 innings pitched with a 4.22 and 2.57 ERA, respectively. They both also bear noticeable imposing frames, standing 6-foot-6 and 6-foot-8 in molds that are major-league-like, even if that hasn’t shown.

“I think we just have to go play our good brand of baseball,” Vaughn said. “If you look back to Tuesday’s game [at Delaware], I told our guys … we have to deserve to win … we just didn’t do enough good things.”

At the plate for Maryland, Troy Schreffler has cooled after firmly leading the Terps in hits for the first portion of the season. The junior is 1-for-14 in his last four games after 18 hits in his first 12. He believes Maryland will need to be more consistent down the stretch of this season.

Additionally, Vaughn says they should be getting back top pitcher Nick Dean, who suffered from some arm tightness that held him from starting against Georgetown on March 11.

Dean is still throwing a sub-one ERA, and Vaughn credits increased velocity from the righty for his success this season in tandem with his change-up.

One notable advantage Siena holds over the Terps is experience. Coach Tony Rossi has managed more than 2,000 games for Siena in a series that will feature a 44-year age difference between head coaches.

Rossi coached his first college game before Vaughn was born.

Three games will tell if coaching experience beats superior plate play and pitching, but it’s fair to assume it will lean toward the latter. If they play up to par, the Terps have a strong chance to sweep Siena and move forward to an important series next weekend against Dallas Baptist.