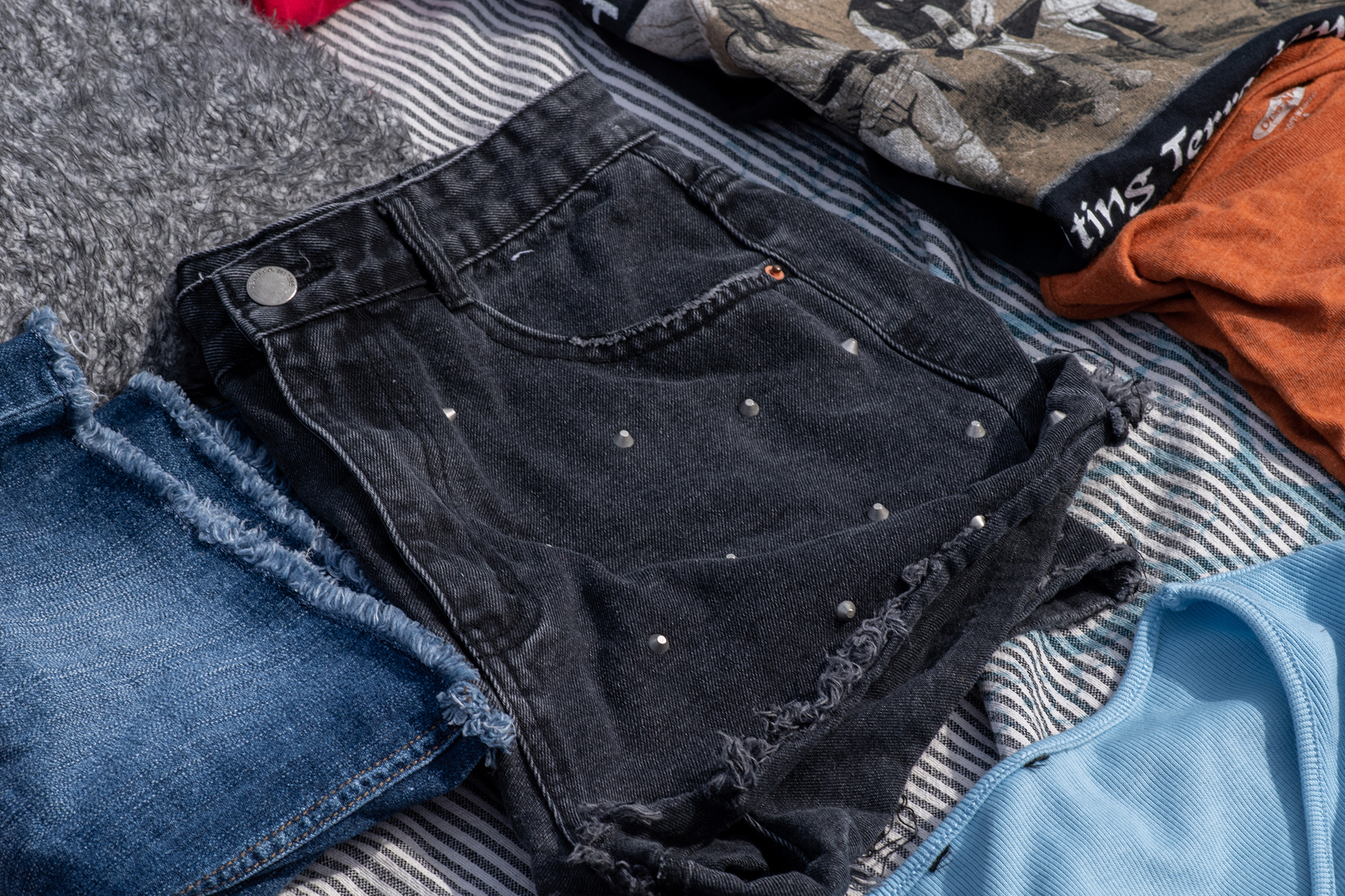 Clothes on sale at the UMD Mutual Aid pop-up thrift shop outside of McKeldin Library on March 18, 2022. (Autumn Hengen/The Diamondback)

Mutual Aid, a new club at the University of Maryland utilizing fundraisers and donations from the community to assist those living with financial instability, kicked off the group with a pop-up thrift shop on McKeldin Mall this week as their second official club event.

The group’s first event, a thrift shop in November 2021, raised $992. The club used this money to start their fundraising efforts for student aid.

Sophia D’Alonzo, a co-chair of Mutual Aid, said club members wanted to host a second-hand clothing shop again because of the large support they received from the community during the last thrift store.

“It just comes to be a super successful way to raise money,” the sophomore political communication and environmental science and policy major said. “The more money we raise, the more we can help students who are struggling with affording rent, textbooks and all the other college expenses.”

To set up the thrift shop, members collected unwanted clothing items from this university’s community and displayed the pieces on clothing racks.

The club initially held a soft launch kickoff event, a workshop on mending and upcycling clothes, in the art-sociology building on March 4.

One of the co-chairs of Mutual Aid, Katherine Badia, said the group chose upcycling as their first event because they thought it would be a fun way to introduce students to the club while still aligning with their mission of sustainability.

Mutual Aid initially started as a working group of this university’s chapter of the Young Democratic Socialists of America, but D’Alonzo said the group distanced itself from the larger group and made Mutual Aid into an individual presence.

“We felt like we could do more good if we branded ourselves as UMD Mutual Aid as opposed to YDSA Mutual Aid,” D’Alonzo said. “We’re still the same group of people, but just going by a different name.”

Badia, a sophomore government and politics major, said the club hopes to host more events this semester to get the word out that Mutual Aid exists and is a resource for students in need.

Molly Szymanski, a sophomore journalism major involved in the club, said in order to request money, students need to fill out a Google Form. Afterwards, the group will try to meet the need with money from their fund.

“It’s for anybody. You don’t need to say why you need the money, you can just ask for it and we will help you out,” Szymanski said.

They also mentioned the club’s resource swap, where students can donate textbooks, technology or other equipment.

The group hopes to do more events to fundraise throughout the semester. Evan Keene, a senior history major, said mutual aid is becoming a more popular concept for people to assist each other.