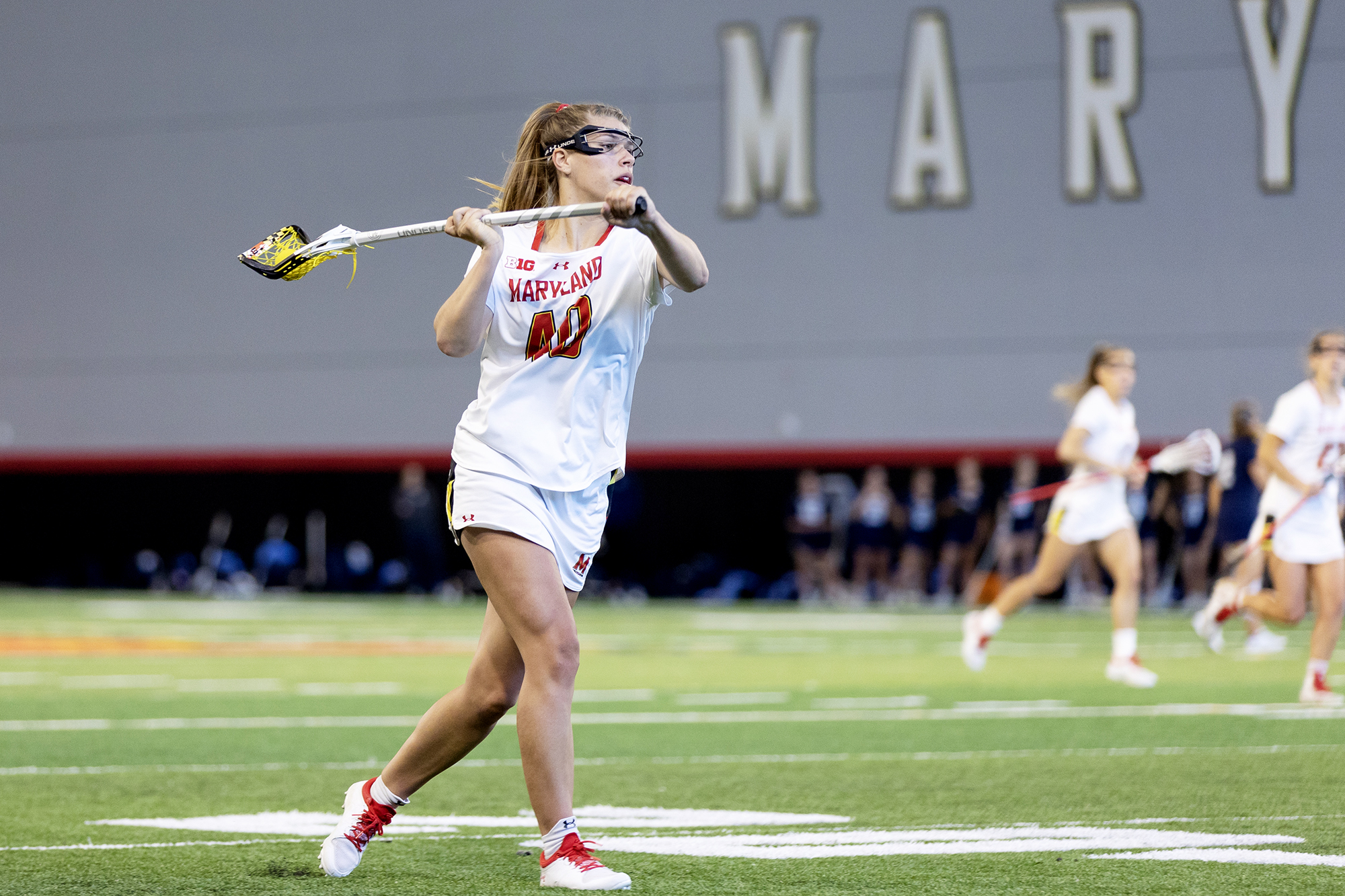 In the closing seconds of Maryland women’s lacrosse’s game against Villanova, Shannon Smith pitched the ball into the goal, scoring the 19th Terps goal of the game and the Terps’ 108th of the season.

The Terps have averaged 18 goals and 8.17 assists per game so far this season, but this Sunday they’ll face a new challenge: Big Ten play.

No. 4 Maryland will take on No. 12 Rutgers in its first conference meeting of the season after last year’s conference-only play in the regular season. The foes met twice last year with each team winning a game. The Scarlet Knights beat the Terps for the first time in their program history last season.

But despite the teams’ familiarity with each other, coach Cathy Reese says her squad doesn’t know what to expect from Rutgers. Both teams have changed a lot since their last matchup.

Maryland dominated in its first six games after adding the No. 2 freshman class and key transfers Aurora Cordingley and Abby Bosco. Cordingley leads her new team in goals, assists and shots on goal, while her fellow graduate transfer Bosco leads the team in groundballs and caused turnovers.

Smith has made a name for herself after transferring from North Carolina — she’s scored in every game this season and won 14 draw controls for the Terps.

Smith’s experience in the competitive ACC conference has given her a different perspective coming into this season, she said. But she appreciates coming in with a “clean slate” and no expectations ahead of the Big Ten battle.

“The draw has become such a crucial part of our game,” Reese said. “So as we prepare for Sunday’s game, we’re gonna have a lot of different things in place.”

Reese noted it’s not just the Terps who have done well in the draw circle, Rutgers is 122-96 on draw controls in their best start in program history at 8-0.

“Rutgers [is] one of those teams that I think … that people don’t give enough credit to,” Reese said. “Watching how they’ve evolved over the years, they’re definitely one of the top contenders in our conference.”

For attacker Libby May and the rest of the junior class, the Terps’ experience from last year’s all-conference schedule against powerhouse teams will help them prepare for their matchup against Rutgers and the rest of their Big Ten matchups, she said.

“Having that experience is really gonna help us this year seeing those teams,” May said.

After the Scarlet Knights, the Terps will play three more nonconference games before jumping back into Big Ten play in April.

Its nonconference games have given Maryland a boost going into conference competition, Reese said. Playing against different teams and different playing styles has helped the Terps grow.

“Regardless of where we’ve been in the past, so far this year, playing six different opponents, we’ve gained a lot of experience that I think is crucial as we start conference play,” Reese said.

The team follows Reese’s mentality of “one day at a time,” and it’s been paying off for the Terps. They’ve outscored their opponents 108-43 in their first six games. And while they’re hoping to keep their winning streak alive, that’s not what they’re focused on.

“It’s about every single thing adding up,” Smith said. “If you take care of all the little things … the success comes with all that.”