Maryland wrestling is prepared for its own March Madness 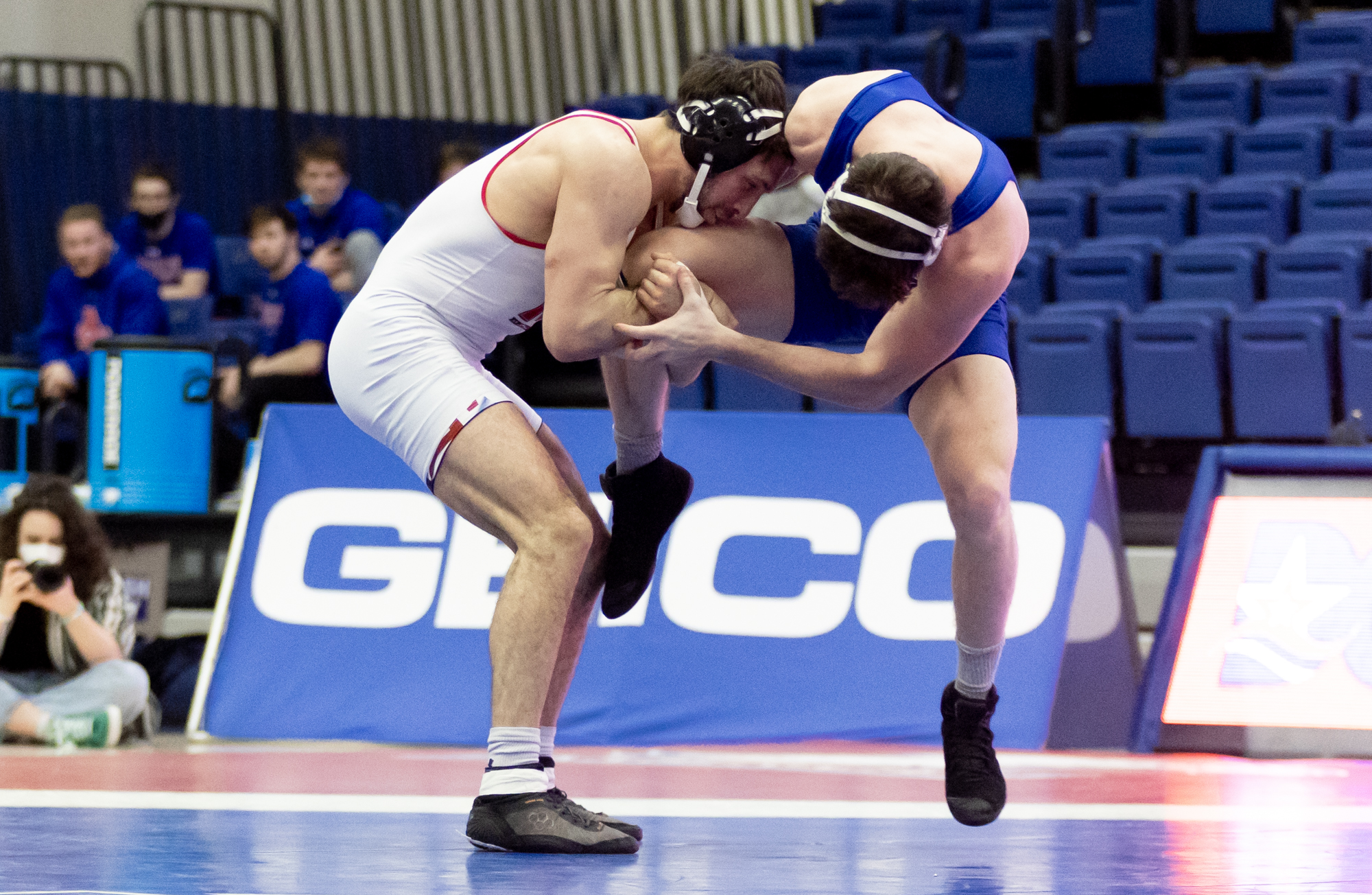 March Madness — a term often associated with the craziness that comes with college basketball and the annual NCAA tournament.

However, as madness for men’s basketball begins, the 2022 NCAA Wrestling Division I Championships in Detroit, Michigan will crown champions in 10 different weight classes.

Once the commotion gets underway Thursday, anything can happen over the course of the championship with what’s at stake. For three Maryland wrestlers — Dominic Solis, Kyle Cochran and Jaron Smith — all competing in their first NCAA Championships in their respective weight classes, March is their time to make a mark.

“It’s a crazy tournament … there’s 33 guys in each bracket,” coach Alex Clemsen said. “I think the kids that handle the chaos the best to just make it another weekend … do the best. I hope our kids all do that.”

Two of the three Terps will face familiar opponents in their first matchups.

Solis, the No. 32-seed, will compete against No. 33-seed Connor O’Neill (Rutgers) in the play-in bout. The winner will advance to face No. 1 Carter Starocci (Penn State) in the first round of the 174 bracket.

Cochran, the No. 13 seed, will face No. 20 John Poznanski (Rutgers) in his first-round matchup in the 184 bracket for the third time this season.

He beat Poznanski twice this season, a 9-4 decision in the regular season and a 4-0 decision win in the Big Ten Championships.

And in both matchups against Poznanski, Cochran dominated from the top position keeping Poznanski contained throughout.

It’s hard to beat an opponent you’ve faced three times in a season. But even with the previous matchups going in the favor of Solis and Cochran, there are no perks to beating someone twice, according to Clemsen.

“I don’t really make anything out of it,” Clemsen said. “If you’re better than the guy you beat him [and] if you’re not, you don’t.”

Slotting in at No. 25, Jaron Smith’s quest to the podium will begin in a first-round matchup against No. 8 Lou Deprez (Binghamton) in the 197 bracket.

Deprez has had previous success in the NCAA’s as he was named an All-American in 2021. He was also awarded All-American honors by the National Collegiate Wrestling Association when the NCAA’s were canceled due to COVID-19.

This season, he sports a 26-3 record, ranking 12th in the latest InterMat rankings and won the 197 championship at the 2022 EWIA Championships. He’ll be no easy task for Smith.

Despite the tough challenge that awaits him, the seven-year veteran of the program is happy to have the opportunity to wrestle in the NCAA Championships.

“I’m looking forward to being able to compete,” Smith said.

Despite this being Maryland’s first NCAA Championships since 2019, Clemsen said the Terps aren’t treating their preparation any differently, making it just another chance to wrestle.

For Clemsen specifically, this will be his first NCAA Championships at the helm of the program. Still, Clemsen has cited it as one of his favorite times of year.

“The atmosphere is unlike anything else,” Clemsen said. “If you’re a true sports fan, you should get to an NCAA wrestling tournament.”

It was quite an accomplishment for the Terps to send three wrestlers to Detroit  — the most since Clemsen took over the program.

At the same time, they also know having three successful days can yield massive dividends for a program looking to cement itself further in its rebuild. It’s a chance to lay another brick down for the foundation and draw more attention to what the team is building in College Park.

Landing any of their wrestlers in the running to be the first All-American since the two-time All-American Youssif Hemida did it in 2019 will not just be a huge accomplishment for the program.

Most importantly, it will be a huge accomplishment for the three guys who put in the hard work all year to get to this moment.

“They trained really hard, they’ve sacrificed a lot,” Clemsen said. “I think if they go on put their skills on display and give themselves opportunities, good things will continue to happen like it has all year.”