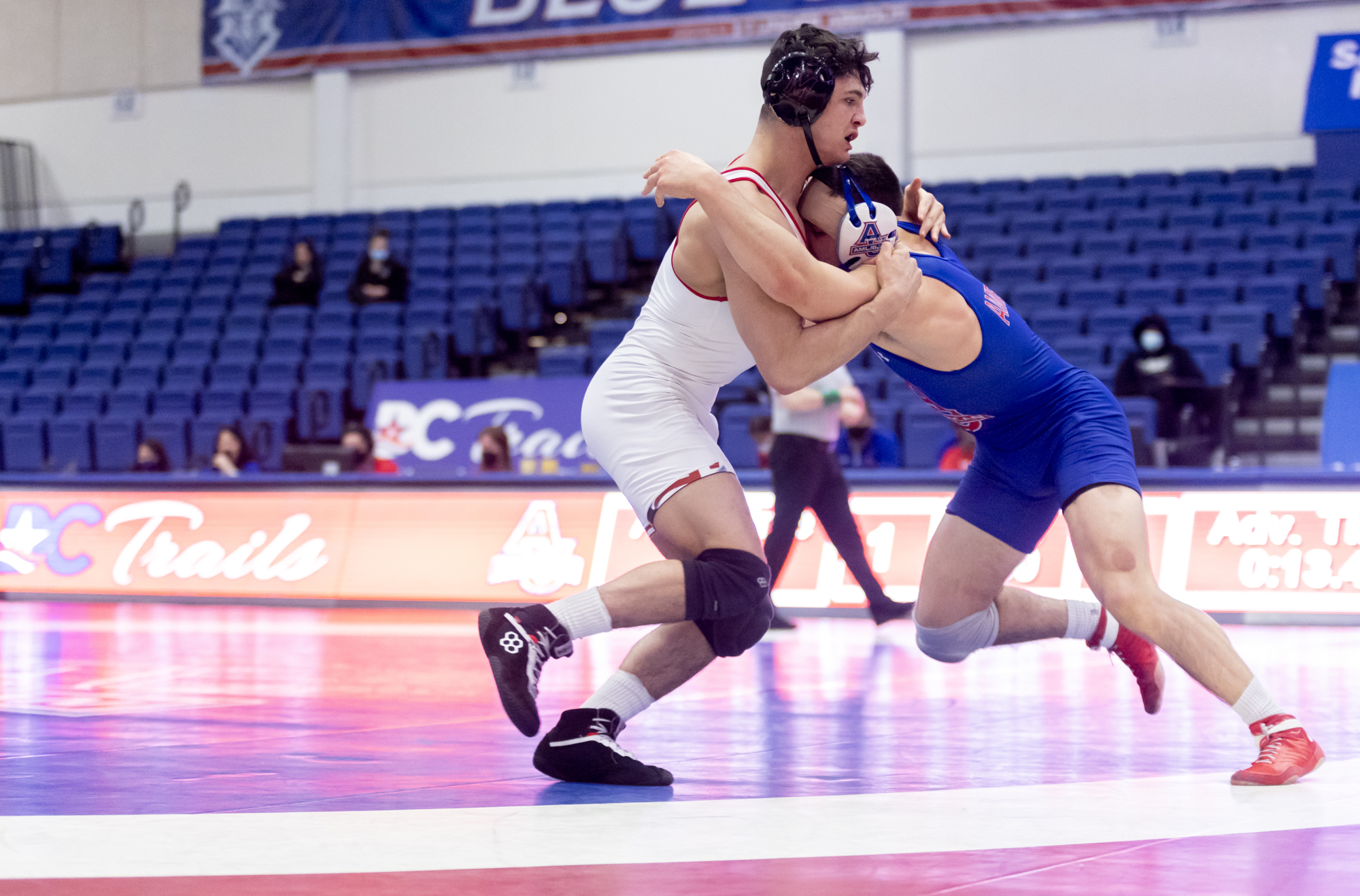 One brick at a time.

That’s what coach Alex Clemsen preaches to his wrestlers as Maryland wrestling continues its rebuild into an elite wrestling program to compete in the stacked Big Ten.

The Terps’ performance over the weekend at the 2022 Big Ten Championships highlighted their philosophy of improvement.

“Rome wasn’t built in a day,” Clemsen said. “Somebody had to start laying bricks … we’re those assholes laying them and we laid another brick.”

Clemsen wanted different results at the championships compared to his first two years at the helm, and for good reason.

The season before, at the 2020 Big Ten Championships, the Terps recorded zero points.

When the first day of this year’s tournament was complete, Maryland had two wrestlers destined for the podium and finished with 14.5 points, already beating those previous totals.

No. 8 Kyle Cochran and Dominic Solis mostly carried the load scoring-wise for the Terps, but Gaven Bell and No. 29 Jaron Smith also contributed to the scoring affair with wins.

“[It’s] the best day one we’ve had since I’ve been here,” Clemsen said.

Solis also landed a spot on the podium, finishing seventh at 174 to earn a spot at the NCAA Championships.

Finishing with two wrestlers on the podium is no easy task for a rebuilding program given the prestige and talent that the Big Ten has to offer.

Cochran’s improvement at the Big Ten’s and Solis shining in his very first championships shows the improvement Maryland has made in year three of Clemsen’s rebuild with the development of its top wrestlers.

“It just shows the system works,” Clemsen said. “We just need to continue to do more … good things will continue to happen.”

While most of the attention of the 2022 Big Ten Championships was on the close team race that was happening at the top between Michigan, Penn State and Iowa, the movement at the bottom at the standings is something the Terps will care about for the future.

Maryland finished 13th in the overall team standings with 15.5 total points, its best finish in the Big Ten Championships since 2018 when the Terps finished 12th and had 30.5 total points.

Now, the Terps will turn their attention to the NCAA’s in hopes of laying another brick in Detroit and finishing the season strong.

Maryland’s big weekend — which flipped the script from a year ago — shows another step toward its foundational goal.

By this time next year, the Terps will also hope to once again show the improvement they are making and improve more in the standings.

“Our goal isn’t 13th but we understand that in order to get to the top, you need to keep trucking along 14th, 13th, eventually 10th then fifth,” Solis said. “So we’re going in the right direction.”