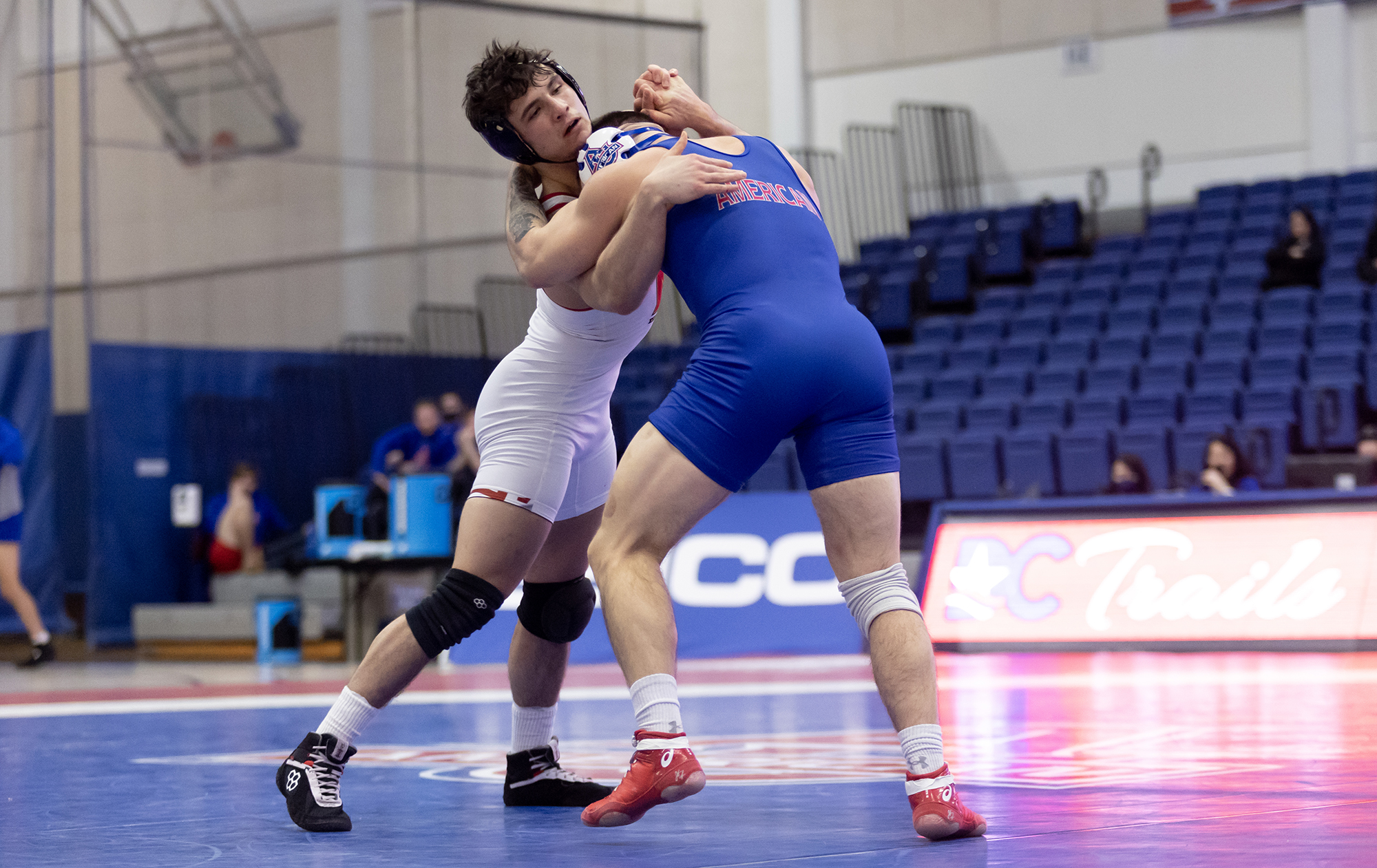 After a long dual schedule that had its up and downs for Maryland wrestling, the 2022 Big Ten Championships have arrived.

Wrestling in the Big Ten isn’t easy — the Terps will face tough challenges this weekend in Lincoln, Nebraska.

But they’re ready for the test that awaits them.

“I think we’ve had really good prep leading up to this,” coach Alex Clemsen said.

The Big Ten has the highest total number of pre-allocation spots given out for the 2022 NCAA Championships with 88 total spots — 30 more than the Big 12.

Each weight class in the conference has at least seven spots given out by the NCAA Division I Wrestling Committee.

Being in the strongest wrestling conference in the country means there are more opportunities for Terps to punch their ticket to Detroit. Good performances at the Big Ten tournament could send Maryland wrestlers through the automatic qualifying spots or through the criteria selection for an at-large bid.

Given their quality seasons, No. 8 Kyle Cochran and No. 29 Jaron Smith appear to be locks for their first NCAA tournament appearances. But both will still have to maneuver around the two deepest weight classes the Big Ten has to offer to put themselves in a good position to build momentum for the NCAA Championships.

The door is still open for four other wrestlers — King Sandoval, Danny Bertoni, Dominic Solis and Zach Schrader — to potentially earn a spot in the NCAA Championship in their respective weight classes. They could either secure an automatic qualifying spot or an at-large bid.

Other projected starters Zach Spence, Michael North, Lucas Cordio and Gaven Bell will most likely have to rely on an automatic qualifying spot to make the dance.

“There’s a lot to wrestle for everyone in this tournament,” Clemsen said. “The level of wrestling at the Big Ten Championships the intensity of the scraps and the scopes of the bouts throughout the entire weekend … nothing in the world really compares to it.”

Clemsen specifically singled out Solis at the beginning of the season to potentially make the NCAA Championships in his first full year of competition.

He finished the regular season with a record of 12-13 and is projected to be the second-highest-ranked Terp seeding-wise, barring any sudden changes.

The Maryland captain is excited to get the chance to wrestle in his first Big Ten tournament knowing the stakes.

At the same time, he wants to help Maryland perform better at the Big Ten Championships than they did last year. The Terps finished with just two team points, dead last out of all 14 teams in the conference that competed, and only picked up one win in the first round of the championship bracket.

“I just can’t wait to get out there and just do what I got to do,” Solis said.  “I think we can do a lot better than we did last year.”

After ending the season with losses against Columbia and American, Solis has taken advantage of the extra week of preparation to get back on track and peak when it counts.

Clemsen said Solis’ preparation has been great, citing the most recent practices leading up to this weekend and even breaking film down with Solis on his wrestling.

“That’s how I’ve been the past two weeks trying to figure out what have I been doing the best … implement that in [matches],” Solis said.

Maryland needs to fight and put up strong performances at the Big Ten tournament to get as many of its wrestlers to the NCAA Championships as possible.

And hopefully, the Terps will come back to College Park in better spirits than they did after the last Big Ten tournament.