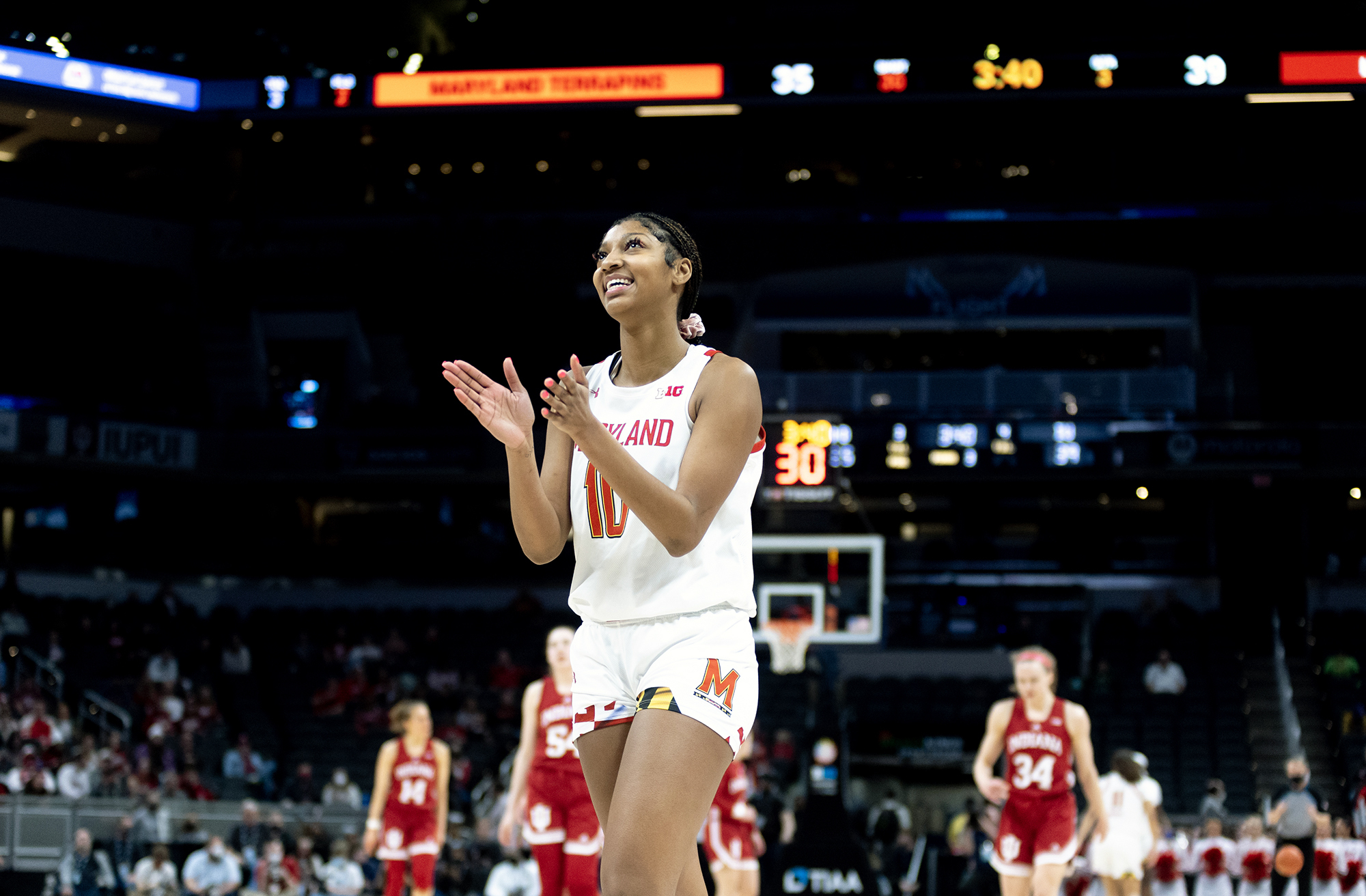 This is the third straight season a Maryland player has been selected to an AP All-American team. Owusu was a third teamer last season, while Kaila Charles earned those honors in 2020.

Reese has been a revelation for coach Brenda Frese’s squad this season. She has fit her billing as the No. 2 overall recruit in the Class of 2020, building on a solid, yet injury-riddled freshman season to become a focal point for Maryland in her sophomore campaign.

She has set career-highs across the board, averaging 17.5 points, 10.8 rebounds and 1.7 steals per game. Reese also blocked 31 shots this season, bringing her career total up to 50.

The Baltimore native has been unstoppable at times this season. Her ability to work on both ends of the floor has made her a nightly double-double threat as well as a feared interior defender.

Her 17 double-doubles set the pace for a 21-win Maryland team. Reese’s continued dominance in conference play helped set up a nine-game winning streak that ultimately secured the Terps’ positioning as a 4-seed in the NCAA tournament.

Honorable mentions Benzan and Owusu both missed time this season due to illness/injury, but both made enough of an impact to garner AP honors.

Coming off of a record-breaking campaign, Benzan followed up her first season as a Terp with another phenomenal year. The graduate transfer shot 43.5 percent from deep, churning out 10.5 points per game.

This is Benzan’s second consecutive season as an All-American honorable mention.

Owusu is Maryland’s second-leading scorer this season. With a point per game mark of 14, Owusu also generated a solid portion of the team’s offense producing 3.8 assist per game.

The trio will be integral for the Terps as they play host to Delaware in the first round of the NCAA tournament on March 18.