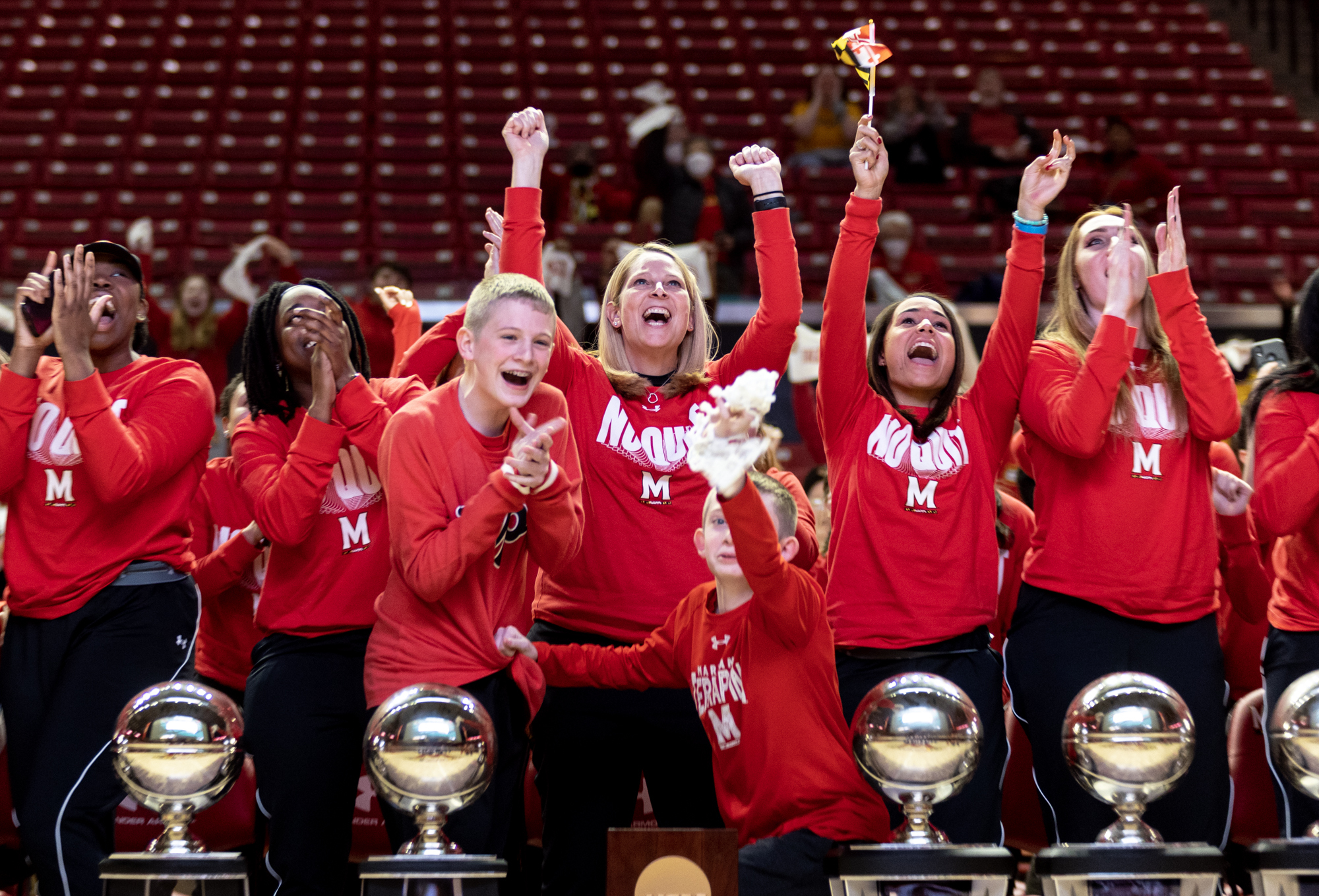 After over a week of waiting to learn of its fate in the 2022 NCAA tournament, Maryland women’s basketball earned the 4-seed in the Spokane Region, setting up a matchup against 13-seeded Delaware on March 18 in College Park.

Despite losing in the quarterfinals of the Big Ten tournament, the Terps were able to hold onto a top-16 seed and earn the right to host first and second round matchups in March Madness. If they were to defeat the Blue Hens, the winner of 5-seed Virginia Tech and 12-seed Florida Gulf Coast would await.

“We’ve worked so hard through all the adversity of injuries and illness this year,” coach Brenda Frese said. “For us to be able to be housing the tournament here for the first two rounds at Xfinity, I’m really, really thrilled.”

A lot went right for Maryland over the course of Champ Week to get the chance to play at the Xfinity Center once more this season.

The 5-seeds in the bracket — Virginia Tech, Notre Dame, North Carolina and Oregon — each had a chance to leapfrog Frese’s squad, but early exits in their own right provided enough of a cushion for the battle-tested Terps.

Maryland has played three of the four 1-seeds in the bracket, including an additional nine teams in the field of 68. The top seed in its region, Stanford, defeated the Terps on Nov. 27, 86-68.

Not only can Maryland be in position to exact its revenge on the Cardinal, but the region’s 2-seed — Texas — is also a prime target for revenge after knocking the Terps out of the tournament last year.

“Any bracket is competitive, March is a different time of year,” Ashley Owusu said. “Teams come to play a lot different than how they do in the regular season, so I’m excited.”

First order of business, however, is getting past the CAA Champion Delaware Blue Hens.

Delaware went 24-7 this season, including a 15-3 conference record to earn the two-seed in its conference tournament. On Sunday, the Blue Hens upset top-seeded Drexel, 63-59, to punch their ticket to the Big Dance.