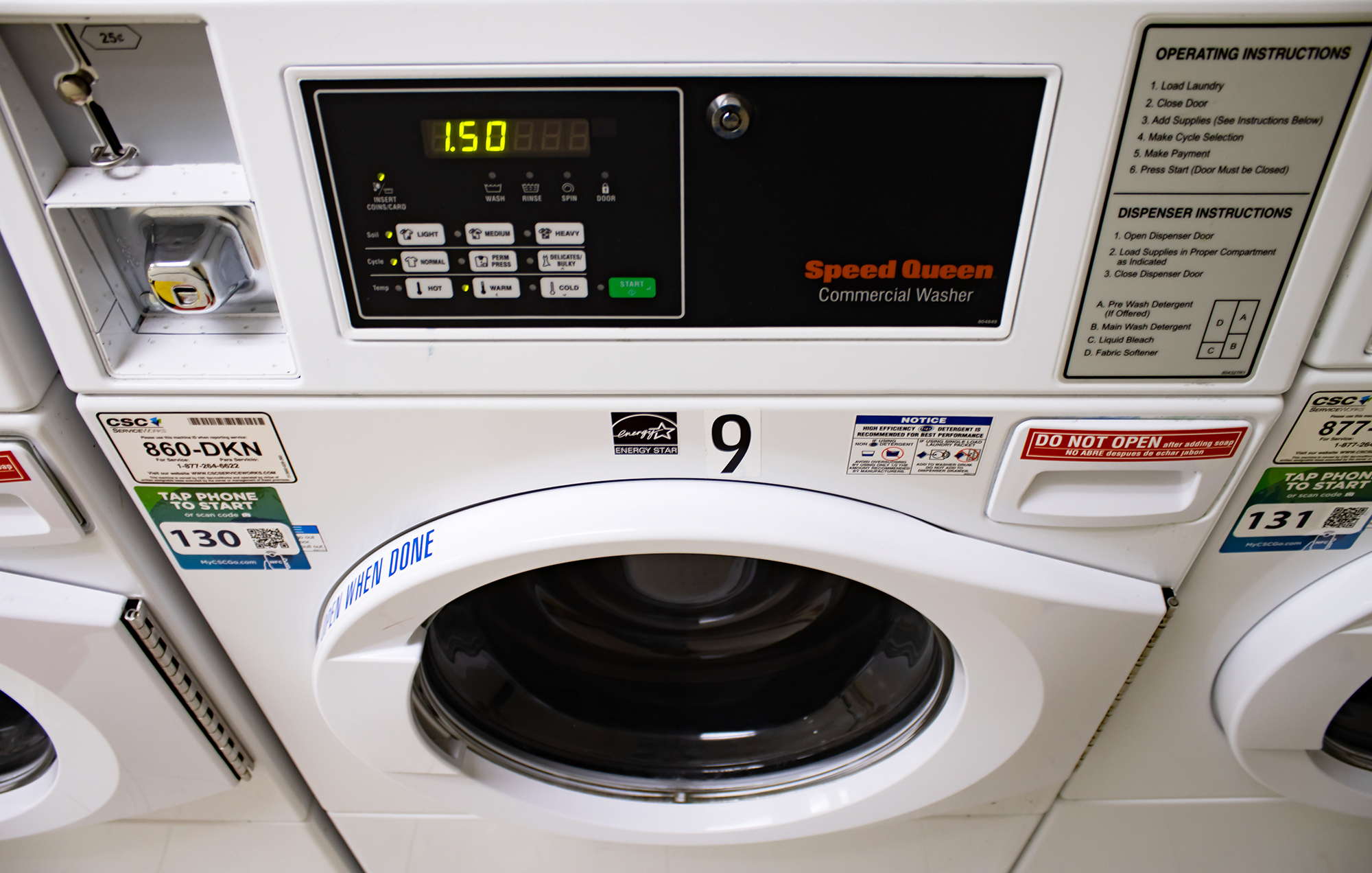 By Anika Rudman
For The Diamondback

University of Maryland students in four dorms returned from winter break to find new laundry machines installed in their buildings.

According to Kelly Ridings, the residential facilities department’s senior manager, this new system made its way into La Plata, Hagerstown, Denton and Easton halls.

According to Ridings, the hardware manufacturer for Terrapin Express readers stopped making them a few years ago, making it difficult for residential staff to obtain replacement parts.

“We were then looking for short term solutions for this academic year,” Ridings said. “But the new Terrapin Express reader equivalent is thousands and thousands of dollars for each laundry room.”

[UMD plans to include unlimited laundry in housing costs next fall]

Instead of buying replacements that would only be in use for a few months, Residential Facilities decided to try its current laundry vendor’s new app CSC Go.

“[CSC Go’s vendor] has not really offered us the ability to roll it out across campus because they just don’t have that kind of model,” Ridings said. “We do not anticipate the widespread installation for that reason.”

The staff first installed this application into Pyon-Chen Hall over the summer and received great feedback. As a result, the same installations appeared in Carroll and Caroline halls shortly afterward, ultimately leading to its installation into the four other dorms where Terrapin Express readers were no longer an option.

When opening the app, users are shown which laundry machines and dryers are available and which ones are in use. Then, students are asked whether they want to use Apple Pay or a credit card to activate the machines. The app also keeps track of how much time has elapsed in the individual cycles, allowing students to track the machines’ progress from their phones.

“I think my favorite part is definitely the ease of use. In the past, you had to go out of your way to get quarters, whereas with the app, you can just put money into it and it saves you a lot of time and effort,” Zachary Kersh, a resident of La Plata Hall, said.

Despite this convenience, Kersh and Speiser both mentioned a particular problem they have experienced with the new application. When paying on the app, money is often taken, but the machines will not work.

“I put $20 into the app, and then it stopped working,” freshman management major Kersh said. “I think [the app] can be improved by being more consistent with its use.”

According to Ridings, these issues are being worked on. A brand new idea that does not require payment at the machines will be introduced to the laundry facilities next semester.

“Students will no longer be paying for each load of laundry, so the Terrapin Express readers, coin machines and the CSC Go app — all of that goes away,” Ridings said.