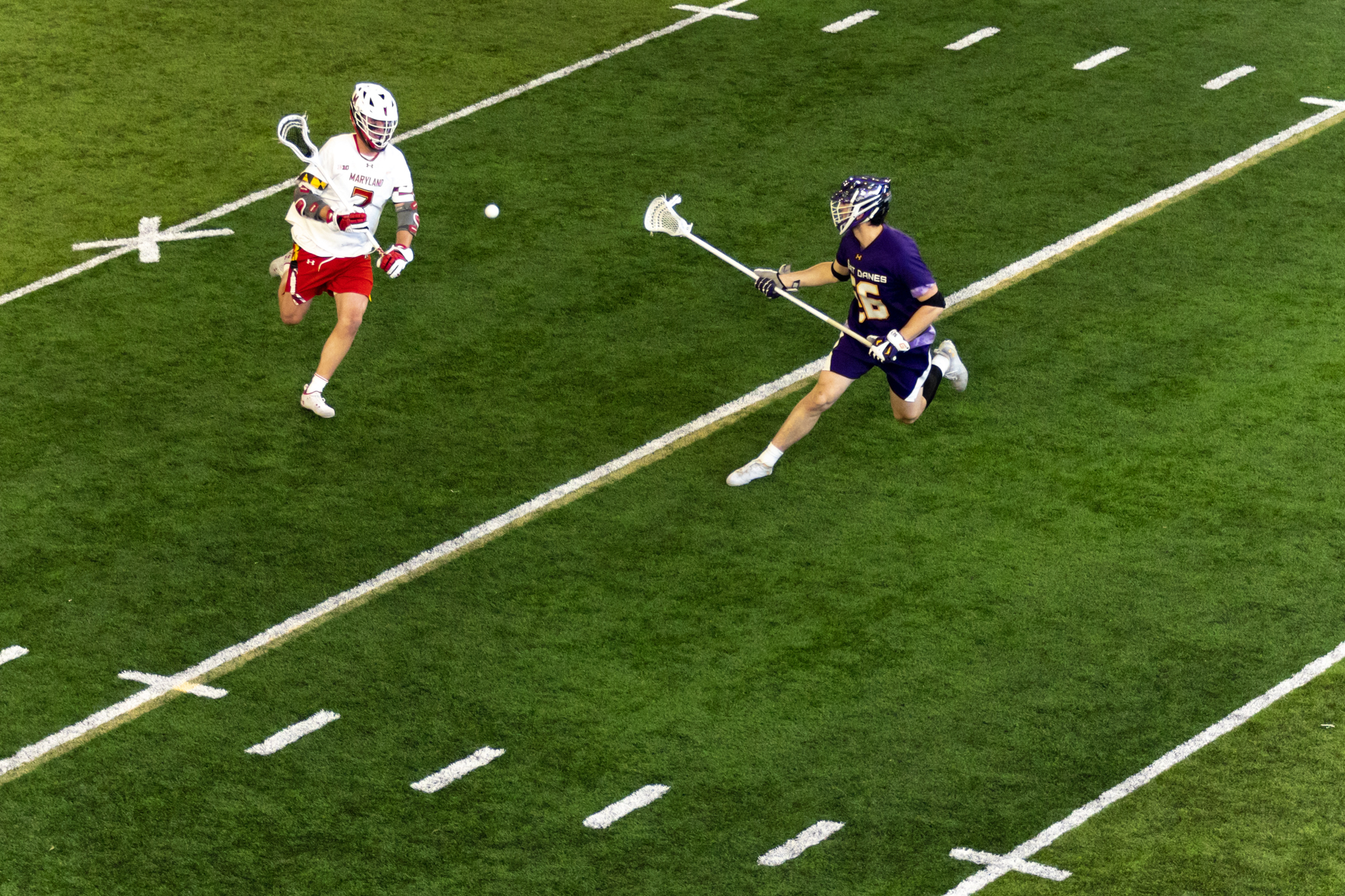 The Terps had built an 8-0 lead before Albany earned its fourth penalty of the quarter. Logan Wisnauskas passed the ball to Anthony DeMaio, whose rip hit the crossbar before finding  the back of the net with 38 seconds left in the quarter.

A commanding opening quarter helped the Terps rebound from their lowest-scoring game of the season — an 11-9 win over Notre Dame — to score the most goals in a game for the program since their 26-3 win over Radford in 1995.

Maryland shot the ball the best it had all season in the 24-6 win over the Great Danes, scoring on an incredible 53.3 percent of all shots.

Jonathan Donville attributed Maryland’s offensive success against Albany to the team returning to the basics after the Terps struggled to find good looks against the Fighting Irish.

“I think [we’re] just trying to keep it simple,” Donville said. “Last weekend, I don’t think was the effort that we wanted, given it was a great, great defensive team in Notre Dame.”

The early lead helped Maryland get lots of players time on the field, with 42 different Terps checking into the game.

The most goals scored in 27 years and an emphatic senior day win made it a game to remember for the Terps, especially for Donville who didn’t get to celebrate senior day at Cornell last year due to the Ivy League’s cancellation of spring sports in 2021.

“It was awesome,” Donville said. “I think gratitude is probably the biggest thing [I feel]. I didn’t have that experience last year, we didn’t get to play, so to have my parents here today was pretty special.”

Although Maryland’s impeccable offensive production was historic, the Terps also made history in more than just their performance.

The game was originally moved up from a noon start time to a 10 a.m. start due to forecasted inclement weather, before it was eventually moved inside to Jones-Hill House, an indoor practice facility adjacent to Maryland Stadium.

“I think we would have kicked ourselves if anybody on either team, maybe on a slick surface got hurt, kind of looking back knowing we have a great facility like [Jones-Hill House] as a fallback,” Tillman said.