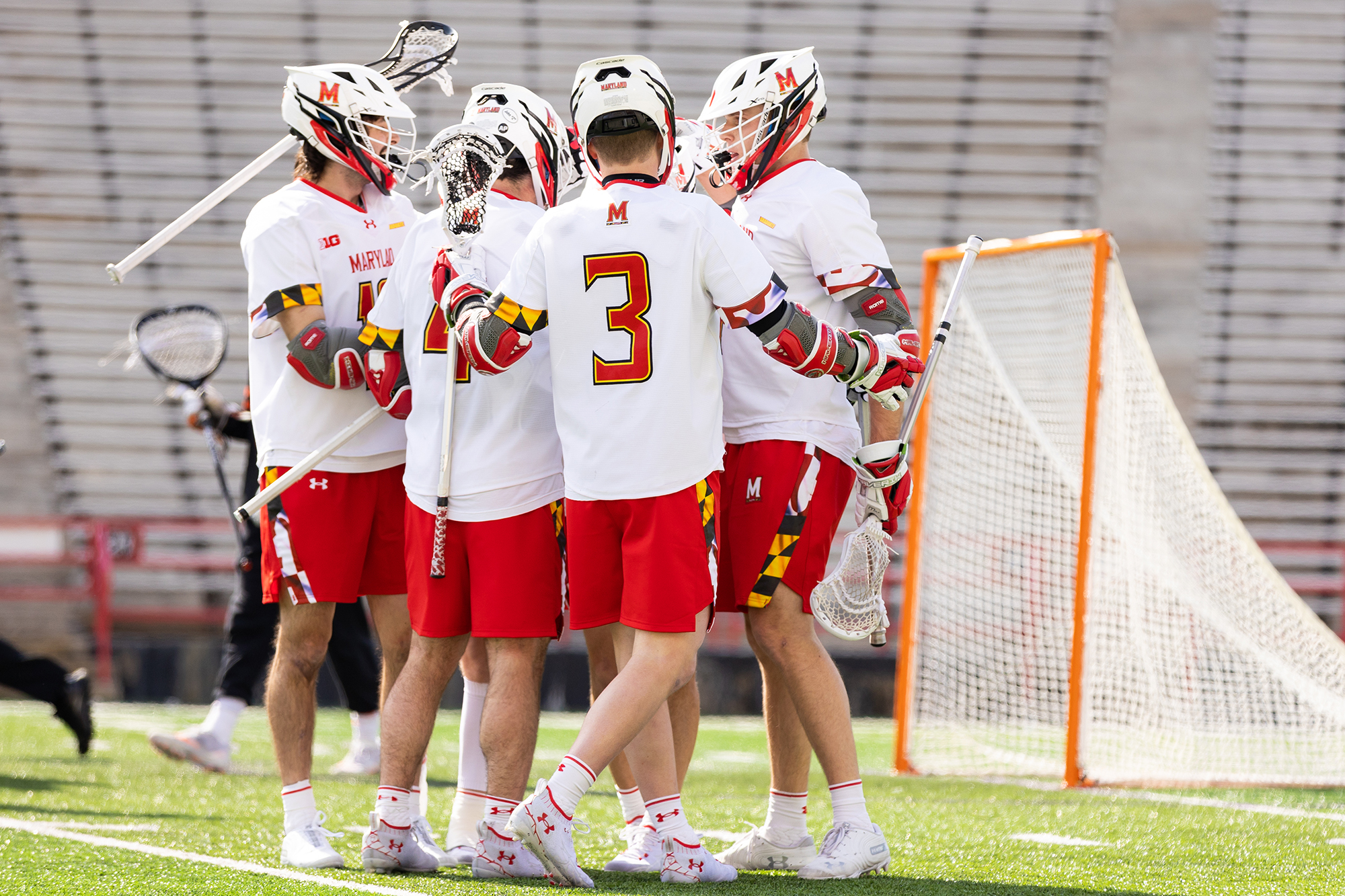 Jonathan Donville received a pass and rattled a shot off the crossbar and away from goal in the second quarter.

In the third quarter, Daniel Maltz got open right in front of goal before rifling another shot off the crossbar that flew out of bounds.

The Terps had 41 shots throughout their game against No. 7 Notre Dame, but the ball wasn’t finding the back as often as it had been in the opening games of the season.

In fact, it was Maryland men’s lacrosse’s worst shooting performance of the year.

The Terps converted on 26.8 percent of all shots and 51.2 percent of shots on goal in their 11-9 win over the Fighting Irish. Both numbers that didn’t keep Maryland from getting a victory, but also season lows for the No. 1-ranked Terps.

Maryland had converted on at least 30 percent of all shots and 61 percent of shots on goal in every other game this season.

It was a down game for the Terps shooting wise, who rank second nationally in shot percentage, banking 36.8 percent of their shots so far this year.

“Probably not one of our better performances,” Tillman said. “Certainly the numbers speak for themselves in terms of how many goals we scored, especially when you get that many faceoffs … you’d hope that’d translate into more good opportunities and more goals and it didn’t.”

Maryland rushed through some possessions on offense, averaging its quickest time to its first shot on a possession so far this season at 31.5 seconds, according to Lacrosse Reference.

Tillman wants his team to be aggressive going forward, but hopes the Terps can pick moments to be a little more patient and not rush through possessions if they can’t find a nice look.

“We definitely want to push but we can’t be reckless, and we got to be mature enough that, listen, if it’s just not there, we can’t invent things that aren’t there,” Tillman said. “We’ve just got to keep working for a good shot.”

Maryland’s offense will have a good opportunity to get back on track against unranked Albany.

While the matchup ends the Terps’ run of four straight games against ranked opponents, the Great Danes have troubled Maryland in the past.

Albany came to College Park and snatched an unexpected victory in 2018, before the Terps narrowly edged out a one-goal win over the Great Danes in 2020 — the last time the two teams met.

Despite coming into the season receiving votes in both the USILA and Inside Lacrosse preseason polls, Albany has had a rough start to the 2022 season.

The Great Danes hold a 1-3 record heading into Saturday’s matchup against Maryland.

Despite Albany’s lackluster open to the season, Tillman hopes his team prepares and treats this game like other big games they’ve already had this season, especially as the Terps head into a national championship rematch and conference play later this month.

“Nothing’s going to be easy,” Tillman said. “[Albany] will be excited just like the last time and we need to be prepared and we got to prepare like we did every single other game. If not, you’re gonna pay for that one way or another.”