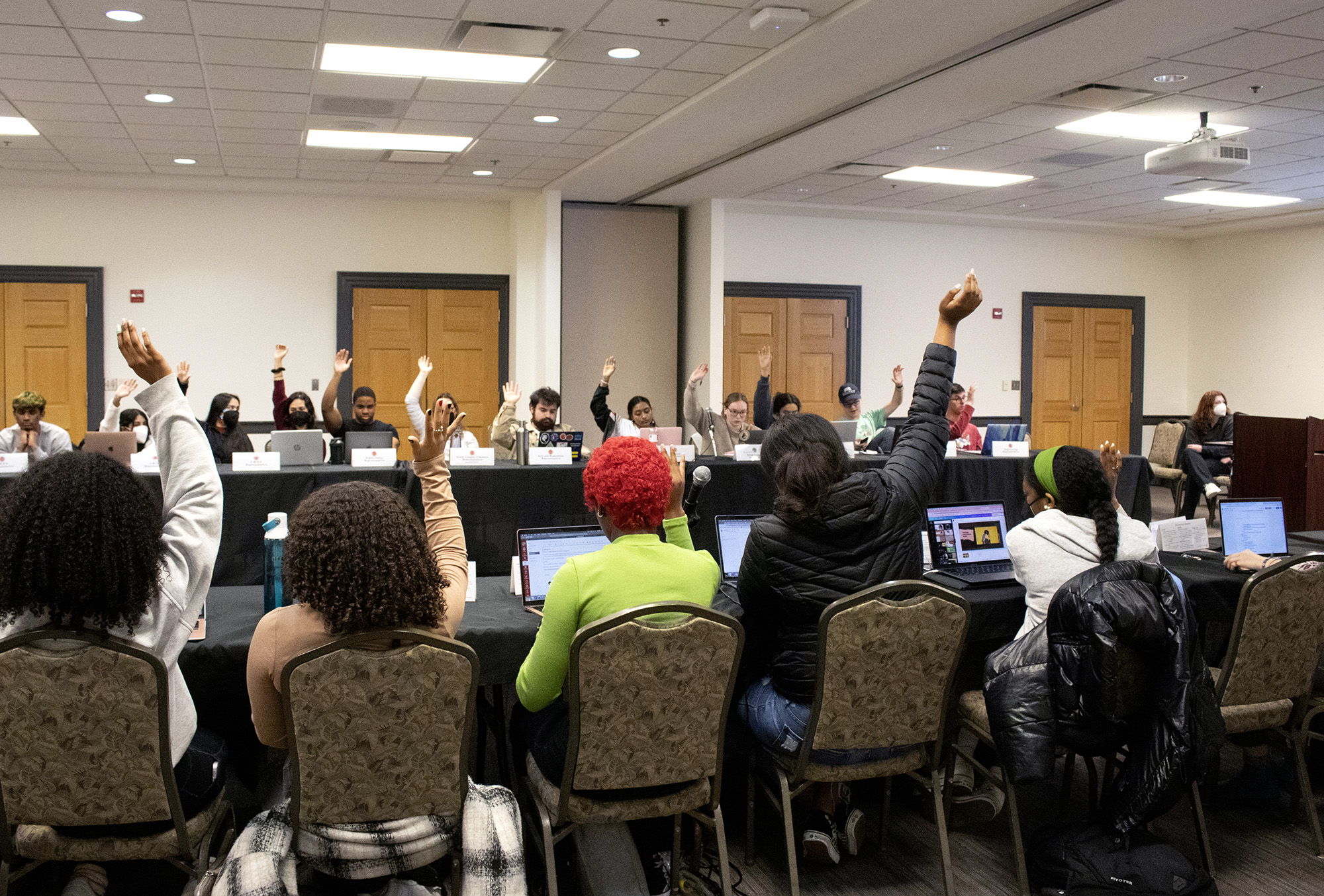 After heated debate Wednesday night, the University of Maryland SGA voted to support the implementation of the University Senate’s proposal for mental health excused absences.

The meeting began with a mental health excused absences presentation from student Sen. M Pease, which led to debate over a bill to support the senate’s proposed policy.

The senior psychology major said this university’s current absence policy does not allow mental health-based excuses, which they said is inequitable because it requires physician-certified notes for excused absences. The current proposed policy would allow for an unlimited number of excused mental health days, without needing professional or clinical documentation and allows more “self-service” notes.

The policy revisions have until November to be approved, but decisions may be made earlier, which is why Pease urged the Student Government Association to pass this now.

“Do we take a paternalistic, condescending and punitive approach or do we take a restorative, empathetic and compassionate one?” Pease asked.

Many SGA officers who opposed the bill were concerned about students abusing the excuse to miss class.

Mariam Khan, a transfer representative and the bill’s sponsor, said details within the policy will be worked out in the Senate, but it is SGA’s obligation to advocate for the needs of the student body — mental health equity being considered a primary concern.

“Our job is just to ensure as much as we can that the attendance policy is as equitable as it can be,” Khan, a junior Spanish major, said.

During the debate, arts and humanities Rep. Michael Mareno said he agreed with Khan in supporting the policy. He added he wished the policy existed during his own mental health experiences.

Nicholas Marks, the education representative, said he opposed the policy because there are no caps on how many classes a student could miss. The freshman secondary education major also said he did not agree with professors of large courses having to provide supplementary material for many students that miss a lecture for mental health reasons.

Though he supported a limit on how many classes a student can be excused from, Marks said determining where to set a numerical cap is a difficult standardization to make.

When questions arose surrounding what the University Health Center can do in terms of providing a mental health excuse to a student’s professor, the academic affairs director, Madhulika Nallani, clarified the health center’s policy.

The senior cell biology and molecular genetics major read a statement from the health center website that gave reasons they would grant accommodation for excused absences.

According to the health center, “The University Health Center (UHC) does not routinely provide medical excuse notes. Only if a student has a prolonged illness or hospitalization of which the UHC is aware that results in missed class, will a medical excuse be provided.”

The bill passed with 20 votes in favor, four against and five abstentions.

Khan has access to accommodations that allow her to take some mental health excused absences and said she feels lucky to have them, but knows there are students struggling without a support system.

“I am telling you right now that there are lots of students who are suffering from this right now,” she said. “And those are not hypothetical issues, this is a real problem for people.”